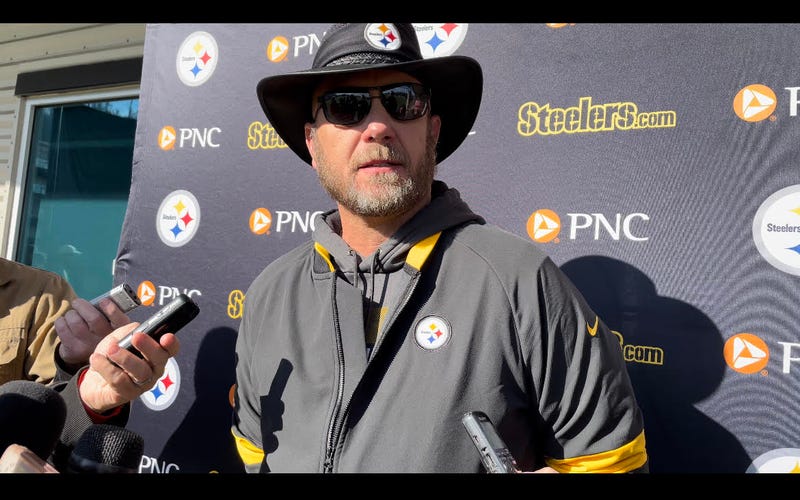 PITTSBURGH (93.7 The Fan) – Steelers Offensive Coordinator Matt Canada sees it as something good for the media to discuss. It was brought to his attention Bengals linebacker Germaine Pratt said after the Cincinnati win on Sunday-they knew what was coming in the second half and the Steelers run the same plays.

“I can go through the second half play-by-play if you want and tell you exactly what happened,” Canada said Thursday. “I’m never going to put it on our players. If it doesn’t work it’s on me and that’s part of it.”

“Sometimes there are more to stories, but it is what it is. We didn’t win the game. We were not good enough in the second half.”

It would have been a good place to stop, but Canada then decided to go through some of the plays and explain in greater detail some of the issues the offense had in scoring only 10 points in the second half, the final touchdown when the game was mostly decided.

·     We called a screen on the first play of the second half, had two guys out there, it didn’t work. (one-yard gain to Diontae Johnson)
·     Called a run on second down, it didn’t work. (no gain for Najee Harris)
·     Third down, somehow their corner miraculously got his arm around Diontae’s hand warmer there. We were trying to get the ball to him, so it didn’t work. (instead Kenny Pickett threw incomplete to Steven Sims)

·      Called a screen into a blitz, which is what you would like to do, didn’t work. (Pat Freiermuth for 3 yards and then an incompletion to Freiermuth)

“I could do it the whole way through.
If you look at the game, we did not produce.”

After another three and out, Steelers got the ball at the Bengals 21-yard-line following the TJ Watt interception.

·      (first down) doesn’t execute the way we wanted to (Pickett incomplete deep to TE Zach Gentry).

·      Third down we don’t get it (Pickett incomplete for Johnson)

“We called a flea flicker in the second half, we don’t quite get it and we had a couple of penalties,” Canada said. “There are all those things you could add up and go through, it is what it is. We didn’t score enough points to win the game.”

“It doesn’t matter who’s mistake it is, until it’s all clean, it doesn’t work. It’s the beauty and curse of offensive football. It’s 11 men doing their job and if someone doesn’t do it right, it looks really, really bad.”