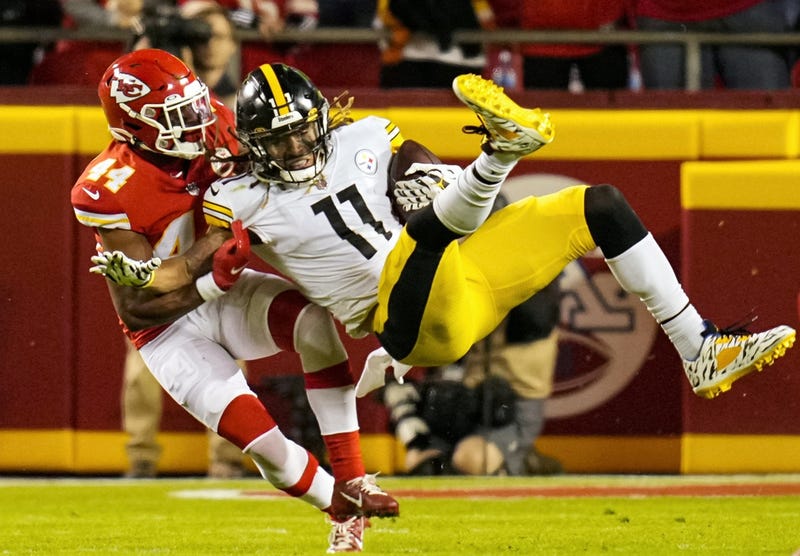 PITTSBURGH (93.7 the Fan) NFL Insider John Clayton says there isn’t much for the Steelers to look forward to this Sunday against the second seed Kansas City Chiefs.

“It’s going to be a real tough one,” Clayton told the PM Team.

But, the Steelers have one thing going for them that they haven’t had in a playoff appearance in a long time, nothing to lose.

“This is maybe the first playoff game the Steelers have ever had where there’s no pressure,” Clayton said. “If you lose, you’re expected to lose. If you win, it’s a surprise.”

The Steelers are entering the postseason on a good run by winning three of their last four games, but were one of the last teams to qualify.

The Steelers limp in as the AFC’s 7 seed, while the Chiefs are the second seed.

The Chiefs sit at the 2 seed due to the head to head record with the AFC’s top seed the Tennessee Titans; For what it’s worth the Chiefs are pretty much the top seed in the AFC.

Pittsburgh’s one loss in the final month of the season came at the hands of their opening round opponent, the Kansas City Chiefs, and it was a slaughter.

“There’s not going to be that tension… guys can relax a little bit,” Clayton said. “They won’t feel the pressure and just try and do the best they can.”

The point Clayton makes is valid, there’s less pressure on ensuring that the players will go out and play their game with ease.

If they can apply pressure to the Chiefs that can change the outlook of the game.

The feeling of no pressure has extended to Steelers players as quarterback Ben Roethlisberger seemed almost jovial in his talk with the media on Wednesday.

Despite being in a playoff spot, Roethlisberger made multiple mentions on how the team probably shouldn’t be in the playoffs in the first place and are huge underdogs.

Ben Roethlisberger speaks to the media about making the playoffs, the upcoming game against the Chiefs, providing words of wisdom to players who haven't been to the playoffs before and more.

Roethlisberger wants him and his guys to head into that game with the feeling of nothing to lose and to have fun.

Fans will have to wait and see if the Steelers can pull of what seems impossible, but it was impossibilities that got them into the postseason in the first place.