WATCH: 93.7 The Fan LIVE in studio
By Jim Colony

This means we have another Ben’s final game – the Wild Card game in Kansas City. And this most assuredly will be his final game, since they have no chance to win. Even Roethlisberger himself said so Wednesday morning.

“We don't have a chance,” he said, albeit it with tongue planted in cheek after pointing out the Steelers are “probably 20-point underdogs.” It’s actually12.5, but close enough. In fact, they are the biggest underdogs in a wild card game; not only this post-season but ever. 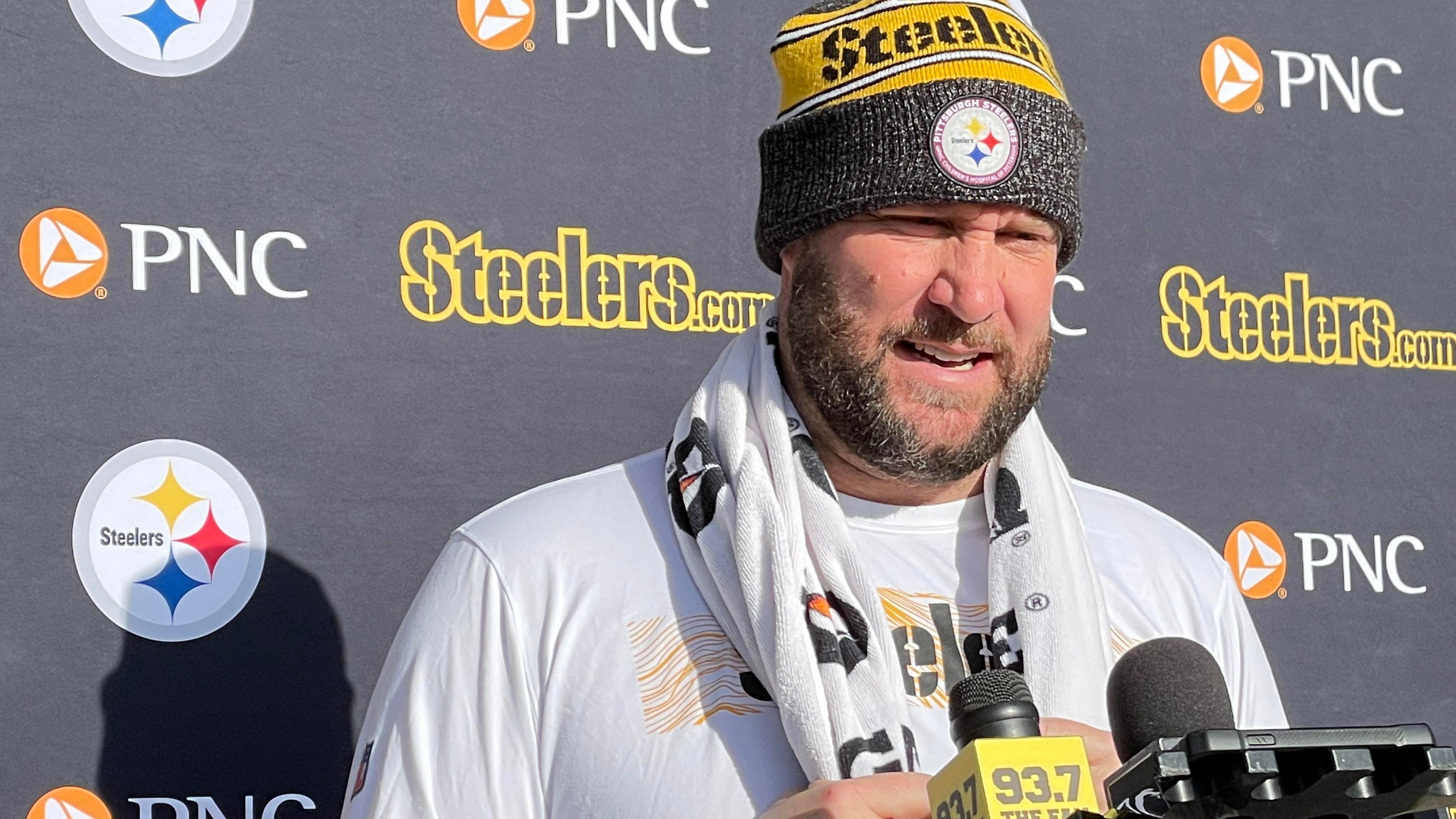 Roethlisberger-‘we don’t have a chance’ against the Chiefs

I’m sure that, wherever he is, Hines Ward – the master of deprecation - is beaming like a proud big brother watching/listening/reading how definitively his former QB recounted the ways that nobody is giving the Steelers the proverbial snowball’s chance Sunday night in KC.

Hey, I get it. How in the world can the Steelers beat the Chiefs, especially after that embarrassing blowout just three games ago? But, just for fun, let’s give them that chance.

Come Out Throwing  I am leaving out the no-huddle/hurry-up part since it appears that we will never see that at the start of a Roethlisberger/Canada game but at least do one thing different. And by throwing I do not mean WR screens and swing passes to Najee Harris 3 yards behind the line of scrimmage. Pat Freiermuth did not play Dec. 26. Use him a la Heath Miller early in the Colts game 16 years ago. Somehow, they have to create the urgency that they finally did in the final 8 minutes of the fourth quarter and in overtime in Baltimore. Yes, a little no-huddle/hurry-up (I’m sorry) tempo wouldn’t hurt.

Bench Bush  Or at least use him in very small doses.
Devin Bush did not play the first time in KC so Robert Spillane and Joe Schobert played almost all of the snaps. While Chiefs RBs had some success running and receiving – Derrick Gore’s 50-yard catch/run was particularly annoying – Bush made terrible reads and was easily brushed aside on those back-to-back Latavius Murray runs of 22 and 27 yards in Baltimore. I know Spillane did the same on Murray’s 46-yard TD but I still like his chances better than Bush’s. I wouldn’t mind seeing more on Marcus Allen in certain spots. The less Bush the better.

Hassenauer Has To Help  The dormant run game came alive against the Browns and the line gave Najee Harris some room to run and JC Hassenauer had a lot to with it. He and the OL were not as good in Baltimore but when Harris re-entered in the fourth quarter, they helped win the game. While Mike Tomlin will not publicly diss Kendrick Green (as his QB did at least partially last week), Tomlin has to realize they’re (much) better off with Hassenauer at center.

WRs Will Play Well  Perhaps this is wishful thinking on my part but I have confidence a feeling that Diontae Johnson and Chase Claypool will come through for Roethlisberger.
Johnson did not drop a pass in KC earlier but he did drop a ball after a catch without being hit for an inexplicable fumble. Claypool’s inconsistency is maddening but he is – as the coach might say – big catch capable. He even made a key block on Harris’ play that set up the game-winning kick last Sunday. I would like to see Claypool used more over the middle. Then again, maybe that’s the domain of Ben’s new favorite receiver, Ray Ray McCloud.

Ben’s completion to McCloud for a first down on fourth-and-8! #Steelers pic.twitter.com/Sdh9lKWOUe

Solidified Secondary Patrick Mahomes, Travis Kelce and company obviously present a much tougher task than Baker Mayfield/Tyler Huntley and whomever they tried to throw to but the Steelers DBs should be as confident and well-equipped as they have been this season. Cam Sutton had that interception last game, Ahkello Witherspoon has made plays and along with veteran Joe Haden those three make for a decent trio. Terrell Edmunds is actually playing like he should have been granted his fifth year option and Minkah Fitzpatrick has gotten better each week. They will all have to be even better Sunday – and they just might. Because . . .

Watt Will Wreck  Just as he will finally win Defensive Player of the Year, TJ Watt will also finally have a playoff game worthy of his regular season dominance. He should not have played in KC the first time; he clearly wasn’t ready to perform at his level. Now he is and he will have to make an impact if the Steelers are going to shock the world. I’m betting that folks around the league will be watching Sunday night and nodding, “yep, that’s TJ.” Oh, if Derek Watt gets more than a snap or two at fullback that wouldn’t hurt, either.

Nothing is ever a lock but it sure feels like Steelers +12 1/2 is stealing money.

Not sure if that makes you feel any better about an upset victory but I tend to agree and, for some reason, I am giving the Steelers a chance to win outright.

It’s been that kind of an NFL season and Ben may just keep on playing – for one more “final” game.