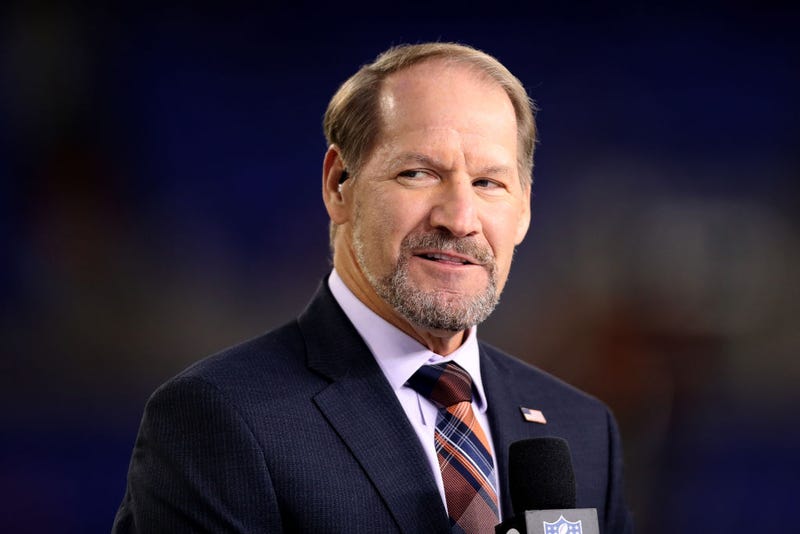 Being the head coach of the Pittsburgh Steelers is a dream job, but it isn’t always easy.

Only three people have held that title since 1969, with one of those being Bill Cowher, who recently released a book called “Heart and Steel”.

During an appearance on Late Night with Seth Meyers, Cowher told Meyers about what it’s like being a Pittsburgh kid and coaching the Steelers.

During the 1992 season, quarterback Neil O’Donnell was hurt and Bubby Brister was put in his place.

Brister played well but when the Steelers made the playoffs, Cowher decided to go back to O’Donnell who played poorly with the Steelers losing 24-3 to the Buffalo Bills.

A week later, Cowher had family dinner at his dad’s house in Crafton when he dad went off on the team, forgetting his son was the coach.

“My dad gets up out of his seat, goes over gets a beer out of the kitchen, he goes ‘how ‘bout dem Steelers how dumb were them to sit there and start Neil O’Donnell, he hadn’t played in a month and Buddy Brister was getting better and better’ I go dad . . . dem Steelers, that was me, your son that made that decision, and he kinda stopped and he goes, ‘I’m sure you had a good reason for it.’”

Cowher tells funny story how his dad momentarily forgot that his son was the rookie HC and said the Steelers were dumb for starting an injured O'Donnell over a hot Bubby Brister ('92 playoff).https://t.co/05Sl3b1sOi

Another time Cowher was going to his 20th high school reunion that was held on probably the Gateway Clipper Fleet during a three-hour event.

The Steelers had just lost to the Chargers in the 1994 AFC Championship game and everyone told him not only what he should’ve done instead, but they also wanted tickets.

Over the years, Cowher learned to change some of his habits so he could avoid people who wanted to give him “advice.”

So it got to the point . . . if I had to stop in and get gas, if we won, I got gas that week during the day, not a problem, ‘hey coach great game’, if we lost I learned to get gas at night and go to self-serve, I’d get there and pull my hat down.”

Cowher also told Seth while he was extremely happy to hand then owner Dan Rooney the Lombardi trophy in 2005, he still sits with those AFC Championship losses.