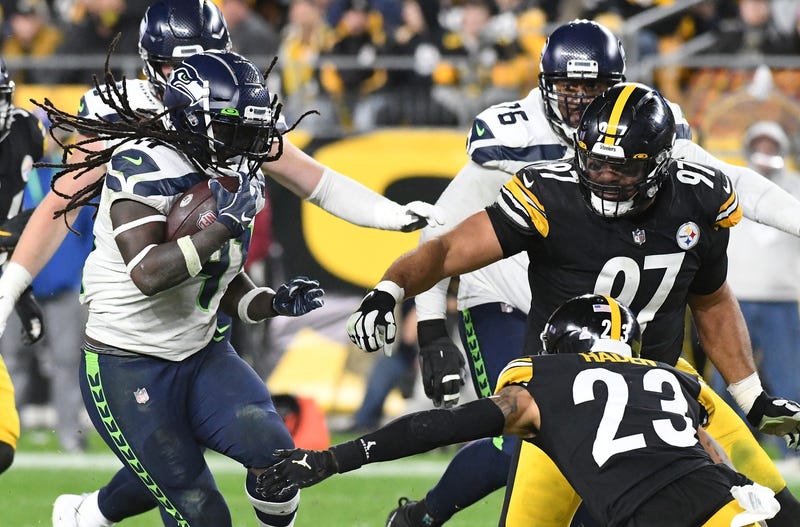 Imagine if you will a Steelers 3-man defensive front featuring numbers 61, 57 and 99 which would be no problem if that’s the scout team preparing for the Ravens. But it appears there is a good chance you may see that configuration playing against the Ravens Sunday afternoon. Not exactly Tyson Alualu, Stephon Tuitt and Cam Heyward.

Alualu has long-since been out for the season, no one’s counting on Tuitt at this point and now Cam Heyward – unquestionably the team’s MVP this season – may miss the Baltimore game.

Heyward did not practice Friday due to “illness” so maybe it’s not Covid. Zach Banner missed two days of practice this week with illness but it was apparently a good, old-fashioned and he was a full participant Friday. Perhaps it will be the same for Heyward and his back-up, Isaiah Loudermilk who was also out sick..

Covid or otherwise, losing Heyward would be an especially harsh break for the Steelers who went through the first month-and-half without any Covid cases but now they seem to be cropping up left and right, often their top players. Ben Roethlisberger had symptoms the day before the Lions game and missed that one but had enough time to be healthy enough to play in Los Angeles 8 nights later.

Minkah Fitzpatrick missed that game in L.A. due to Covid then just this week TJ Watt, who’d been hobbled by other injuries throughout this season, entered the protocol. There is no word whether he could be cleared in time for a critical game against the Ravens.

Certainly facing first-place Baltimore without Watt and maybe Heyward – plus Joe Haden who will miss a second straight game with a foot injury – is not especially appetizing. The Steelers are 5-2-1 when Haden plays; 0-3 when he doesn’t.

As for the rest of the injury report, DB Arthur Maulet who was out with a quadriceps injury Thursday returned to full practice but DL Isaiah Buggs who had been limited with an ankle injury was not on the field and has been ruled out.

Oh - those numbers I mentioned earlier? 61 is Daniel Archibong who we’ve seen, 99 is Henry Mondeaux who is practically a grizzled veteran at this point while 57 is newly signed Montravius Adams - a 6-3, 304 pound New Orleans castoff who played his first four seasons in Green Bay.

A defensive line of Archibong, Mondeaux and Adams - coming to a stadium near you.