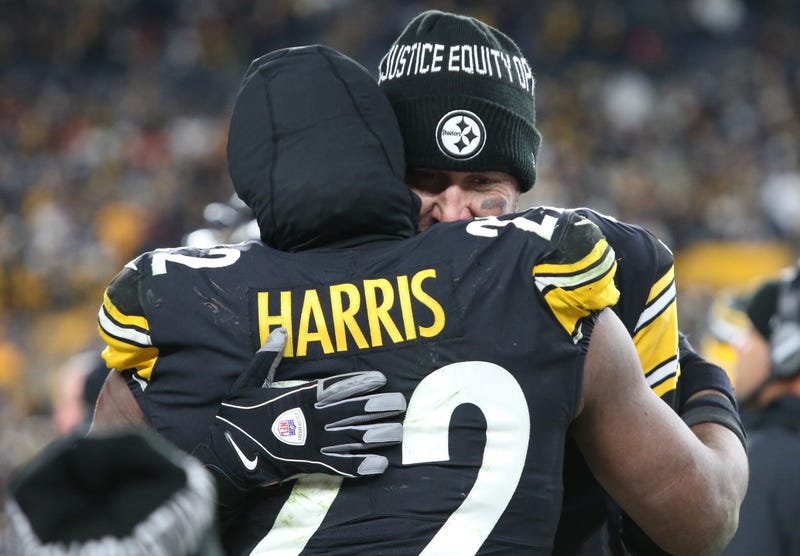 He’ll have a new quarterback next season and he’s talking about who he’d like to play with in 2022.

“Just a guy who wanted to come in there and compete, I think that will be the offensive,” Harris told CBS Sports’ Kaken Dermish.

"Deshaun Watson is always in there. Aaron Rodgers, I like. Even guys like Jimmy G, I like him too. Just a guy that wants to come in there and compete."

Steelers RB Najee Harris on who he would want to be the next QB in Pittsburgh #HereWeGo pic.twitter.com/eXj8S5vllF

Rodgers’ future in Green Bay is unknown with rumors of him being traded to a place like Denver a possibility. Pittsburgh has also been mentioned but remains an outside chance.

Garoppolo is another QB that has been involved in trade rumors.

But the asking price for both Rodgers and Garoppolo will be astronomical and the Steelers have too many other holes to fill.

Watson faces over 20 lawsuits that stem back to alleged sexual misconduct. His future in the NFL remains uncertain.

Somewhat surprising, Harris did not talk about either Mason Rudolph or Dwayne Haskins, the only Steelers quarterbacks currently on the roster.

That continues a trend of Steelers players talking about the future of the quarterback position and not mentioning either Rudolph or Haskins.