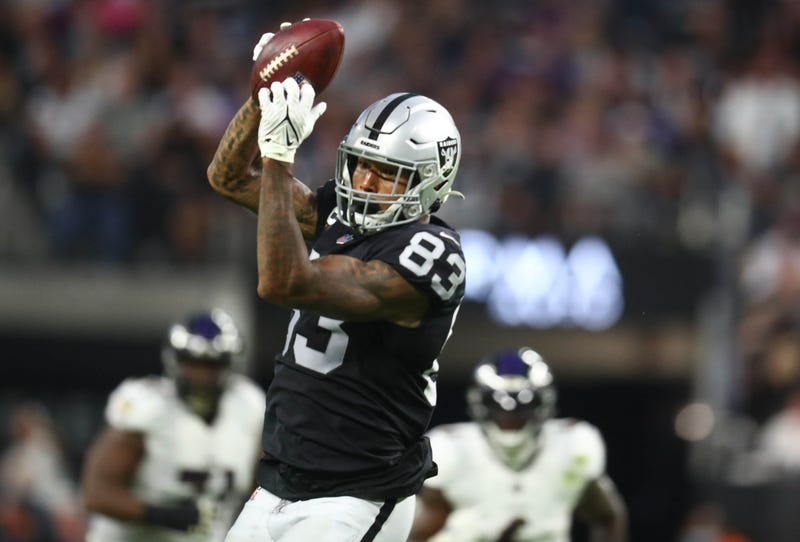 PITTSBURGH (93.7 The Fan) – Darren Waller has played against the Steelers before, you probably don’t remember. Four games with the Ravens between 2015 and 2018. He totaled four catches for 45 yards on seven targets.

In one game with the Raiders against the Ravens Monday, the now 29-year-old targeted 19 times with 10 receptions for 105 yards and a touchdown.

“One of the best that’s doing it right now,” said Steelers linebacker Melvin Ingram.  “You got to give respect where respect due.  We got to play assignment football and try and cancel him out.”

“His size and his speed and his ability to catch a ball,” said Steelers linebacker TJ Watt.  “He is always creating separation.  That is what is really special about him.  You know he is getting the ball.  He’s going to get targeted X amount of times.  You watch the game from Monday, they are throwing the ball his way.  He’s still getting separation.  He’s still about to come down with a lot of those key catches.”

“Everybody in the stadium is going to know we have to eliminate him.   The real test is if we can really do it or not.”