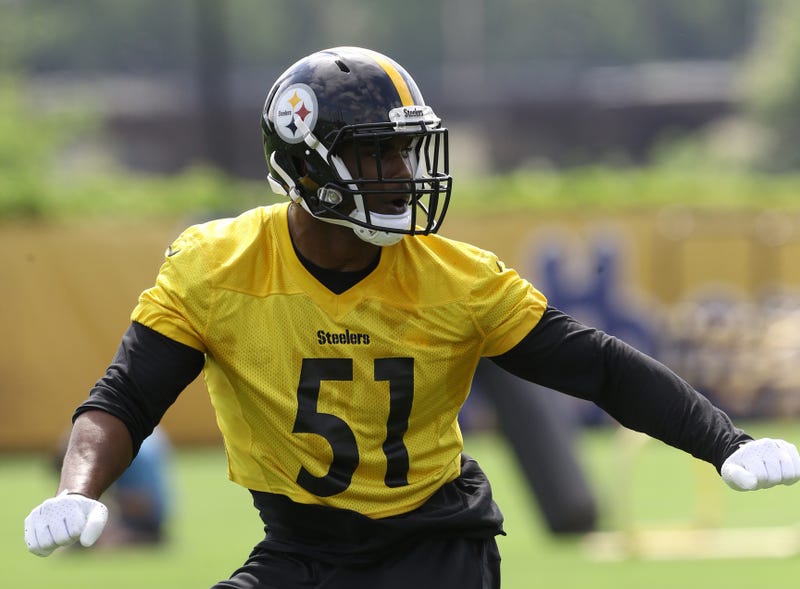 PITTSBURGH (93.7 The Fan) – Oh I’m sure there were a couple of other factors, but new Steelers linebacker Myles Jack said what got him to sign in Pittsburgh was an assistant coach.

Not any assistant coach, the eye-opening addition to the Steelers staff after he was fired by the Miami Dolphins.  It was getting to work with Brian Flores that had Jack excited when he signed.  Now he is as, if not more, excited to be on the field with him.

“That’s really the main reason I came here is because I knew I was going to get coached up,” Jack told 93.7 The Fan.  “With Coach Flores, he’s a head coach.  For me to have him on a one-on-one basis and coach up the linebackers, I think it’s stealing for me.  Any question I can ask, he has an answer.  It’s great coming from what I’m used to.”

The former second-round pick spent six years in Jacksonville winning 28 games and losing 69.  One of those wins was against the Steelers in the playoffs, contributing an interception, early in his career.  But along with the coaching, it’s a feeling he’s enjoying his first few weeks on the South Side.

To prepare best, the six-year veteran said he started watching old Steelers defensive tape.  Studying what the Steelers did, and want to do, so he will not only be better, but be able to lead from the middle of the field.

“Kind of their scheme and I think I see myself being very physical in the run game,” Jack said.  “Showing up and trying to eliminate things and even in coverage trying to be very aggressive.  Try to take away space, take away throws.  Trying to take my skill to another level.”

The more he works with his new teammates and coaches, the more pumped he gets.

“I’m pretty excited,” Jack said.  “You come to work and you are ready to get better.  You want to get better.  Working with Coach Flores, he has a standard of excellence that every day we are going to work.  It’s fun.  It’s really fun.”

He’s also enjoyed getting to know one of the Steelers enigmas, Devin Bush.  The 10th overall pick in 2019, Bush hasn’t been the same player since an ACL tear in October of 2020.  Flores and the rest of the Steelers coaches would love if Jack, along with providing solid play up the middle, would be able to help Bush improve in the final year of his contract.

Devin Bush and Myles Jack get some work together. #Steelers pic.twitter.com/YH9lsebe8m

“We are getting better, getting to know each other every day,” Jack said.  “Seeing how he sees things, seeing how I see things.  When you have your other backer, you are really collaborating.  It’s kind of like left hand, right hand.  Building that comradery and I think day by day it will get better and better.”

“We can all learn from each other.  Any questions that I’ve had, he’s answered because obviously he’s been here, he knows the defense.  He can give me the tricks of the trade.  Any questions for me, I can make it make sense.  It’s been smooth.”

Last year the Steelers led the NFL in sacks, but worst at stopping the run.  Jack should help in the middle of the defense, four times totaling over 62 solo tackles.  He believes with his addition, corner Levi Wallace and the potential return of Stephon Tuitt they can make some noise on that side of the ball.

If there is one area he is not excited about, it’s figuring out his way around his new home.

“If you miss an exit here or a bridge, then these tunnels,” Jack said quickly praising Pittsburgh as a beautiful place as to not upset the masses.  “You miss an exit or they block off a street in the morning, I learned to just leave an hour to 40 minutes before you have to be anywhere.  You play with that, you don’t know where you are going to end up.”

If he gets the defense as quickly as he picks up on our traffic.  Watch out.