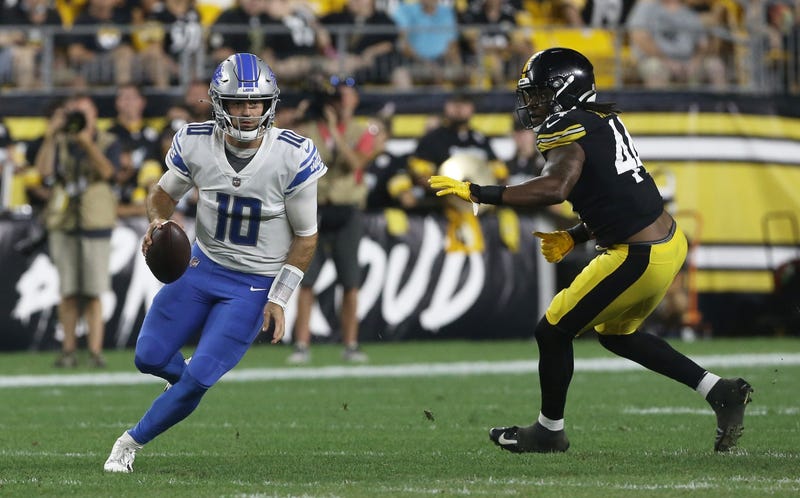 The Steelers have had some success with undrafted free agents over the years, even with players who were cut by other teams, sometimes more than once or twice. James Harrison and, more recently, Mike Hilton come immediately to mind.

Obviously, OLB Jamir Jones hopes to become the latest success story, but Jones knows that surviving the final pre-season cut is no guarantee. “Making the 53 doesn’t mean that in two weeks I’m still going to be here,” Jones acknowledged the other day, “so I still have to prove each and every day that I’m worthy.”

Sunday in Buffalo, Jones may have a chance to do more than that. With Alex Highsmith limited at practice Wednesday then held out Thursday because of a pulled hamstring that could mean a battlefield promotion. Not only that, but TJ Watt may be held back some which would mean Jones’ NFL debut could include significant playing time against one of the league’s most prolific offenses.

To think that a year ago, Jones was out of football altogether. He switched positions when Notre Dame needed players at rush end, but he was rawer than raw. “I made the switch to defensive end and I had no moves,” he laughed, but he gradually began to learn how to watch film and read opposing blockers. Still it wasn’t enough to merit significant NFL interest straight out of college.

He did get a look from the Texans but it hardly even qualified as a look. “I didn’t even get a chance to put on a helmet, Jones reflected. “I was in Houston for about a week-and-a-half. I was quarantined for a week then I was there for, like, three days, we did workouts in the weight room and then they cut me.”

But Jones kept at it and returned to Notre Dame for a workout day last April. He caught the attention of a couple of important Steelers. “As soon as I got off the field, Mike T and Mr. Colbert came over and were saying they were going to give me a shot and (asked) can I be there Monday and I said, “h