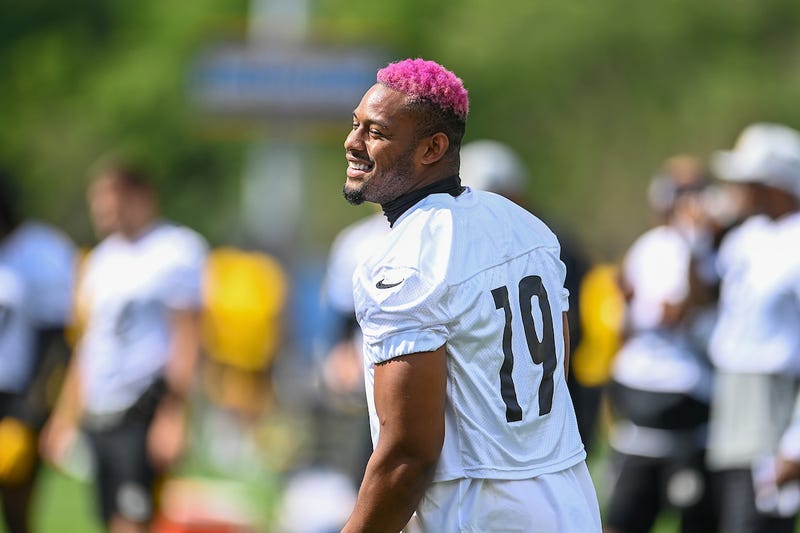 Steelers receiver JuJu Smith-Schuster is back for at least one more year in Pittsburgh, and he says he’s going to playing at his best so he can get a big deal in 2022.

Speaking to reporters during OTAs on Wednesday, Smith-Schuster said the reason he chose to come back to Pittsburgh over teams that offered him deals like Kansas City and Baltimore was a factor of loyalty.

But that being said, JuJu will be looking to get paid next offseason and while he says the Steelers are not off the table, it looks like he could be in another uniform in 2022.

“Knowing that I’ll be on the market again and knowing that every team would want to offer something on the table to what my value is,” said Smith-Shuster.

With that, he plans to add a lot more to his highlight reel this year to up his value, something that may be too much for the Steelers to match.

As good at Smith-Schuster has been, he won’t be the top priority for the Steelers in 2022, even with a larger salary cap.

The Steelers want to get linebacker T.J. Watt locked up. In addition, players like Joe Haden and David DeCastro are free agents as well in 2022. They will also likely want to get Minkah Fitzpatrick signed as well before his deal expires in 2023.

If fellow receivers Chase Claypool and Dionate Johnson continue to progress, the Steelers may be just fine if JuJu signs a big-money deal elsewhere and draft a mid-rounder WR.