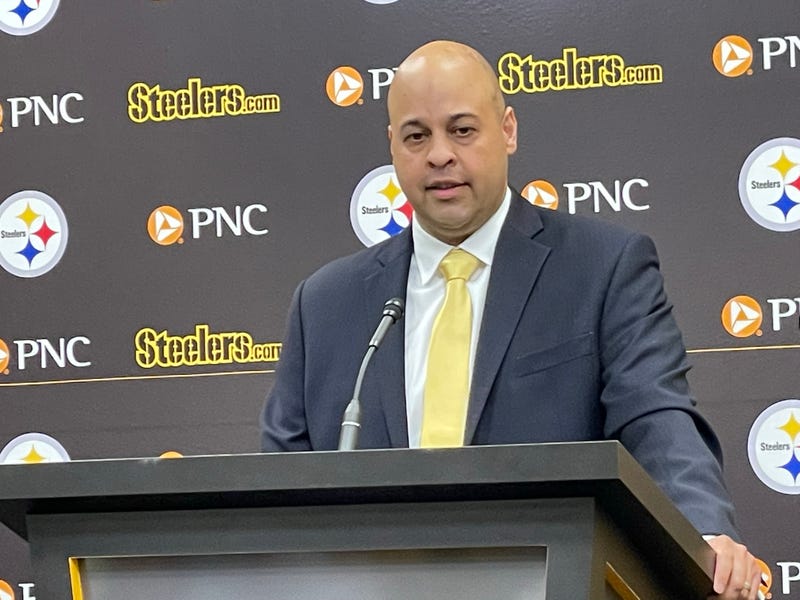 It may have been the first question that most fans had with the hiring of Omar Khan as the team’s next general manager.  Khan adding that he has some ideas that he wants to implement, that he wouldn’t discuss publicly, but saying again.

“I don’t foresee a lot of change.”

Khan, who praised his relationship and what he learned from previous GM Kevin Colbert, said the ideas of not negotiating during the season, attempting to lock up key players before their final year will remain in place.  He said Colbert likely will remain with the organization in some capacity, but said they haven’t defined a role.

In his 22nd year with the Steelers organization, Khan said it will also be an ‘easy transition’ with Mike Tomlin having worked with him over his entire career.

“We’ve confided in each other on a lot of things,” Khan said.  “We spent a lot of time together.  It’s going to be a smooth transition.”

He described their relationship as great and it sounded as if it was more than friendship, but profound respect he has for the Steelers head coach.

“To step into this job and know you are going to be working hand-in-hand, shoulder-to-shoulder with Mike Tomlin,” Khan said.  “It’s a dream come true.  I’ve never met anybody who has a greater passion for the game of football than Mike Tomlin, at all levels.  His passion is amazing and that resonates for all of us in this building, myself included.”

“Coach (turning to Tomlin who was standing about six feet from him during his news conference), I’m excited.  Let’s get it.”

Khan confirmed the hiring of Eagles Vice President of Player Personnel Andy Weidl in what is believed to be an assistant general manager position, along with 20-plus year NFL Executive Sheldon White, who has a player personnel background and a former Interim GM of the Lions.  Khan also hiring Kevin Colbert’s son, Dan, who has been a college and pro scout with the Steelers for the last several years.  He said there will also be additional moves.

Khan is known as the ‘cap guy’, but says he’s touched every aspect of football operations, admitting some areas more than others.

He said the big decisions in the organization will always be ‘Steelers decisions’.

“From the first day I started here in Pittsburgh it’s been all about football and building a championship roster here and I learned that from day one, that is not going to change,” Khan said.