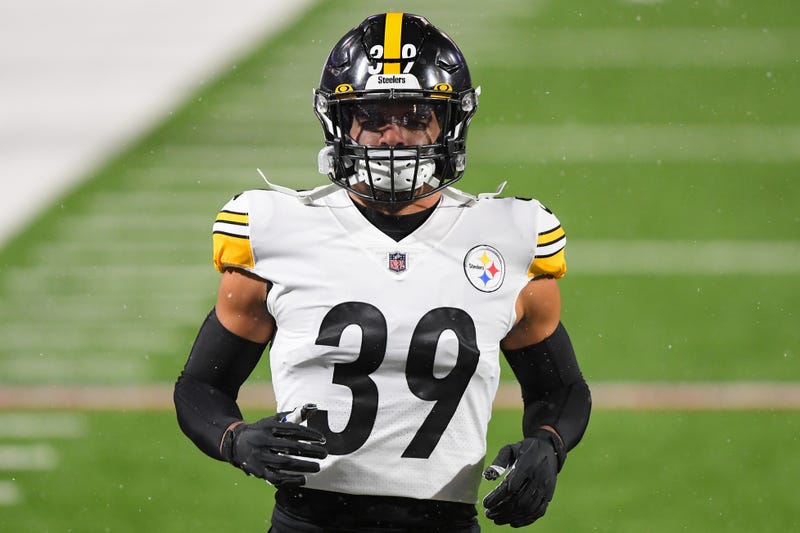 PITTSBURGH (93.7 The Fan) – Right now the Steelers are in a tough contract negotiation with defensive star TJ Watt. Last year it was a last minute deal with Cam Heyward. Next year, it’s likely safety Minkah Fitzpatrick.

“Yeah, I’m paying attention to it,” Fitzpatrick said Thursday after practice.  “This is a similar situation to where I could be next year or in the future.  I’m talking to him.  I’m just getting a feel for how the organization and everyone else is going about it.”

You wonder what those conversations are like.   After each watched Heyward, the long-time captain who has done everything right, wait until the last minute to get a new deal.  Now with Watt coming off a MVP-like season and it’s game week and there is no new contract.

“It is what it is, it’s business,” Fitzpatrick said of how the Steelers are handling the Watt contract.  “I don’t have too much to say about it.  Everybody has the way that they do business.  You have to respect it.”

Reading into ‘everyone has the way that they do business’ comment.  This is where if the Steelers change and give Watt more guaranteed contract money.  It could change the whole way they operate or at least alter it.

The Steelers have yet to talk to Fitzpatrick about a new deal.

While not as valuable as Watt.  Fitzpatrick made an immediate impact with the Steelers and solidified a problem area in the secondary.  Still just 24-years-old, Minkah started 14 games in 2019 with five interceptions and a pair of fumble recoveries.  Last year, the Alabama star intercepted four with a forced fumble and fumble recovery.

Seahawks Jamal Adams, just 26, has the richest safety contract in NFL history at $17.5 average a year.  Nearly half of that guaranteed.  Vikings Harrison Smith is next at $16 million with about 40% guaranteed.  Others have more guaranteed salary, but at a lessor figure.

The focus is on Watt right now, but how this turns out will affect more than just the Steelers outside linebacker.