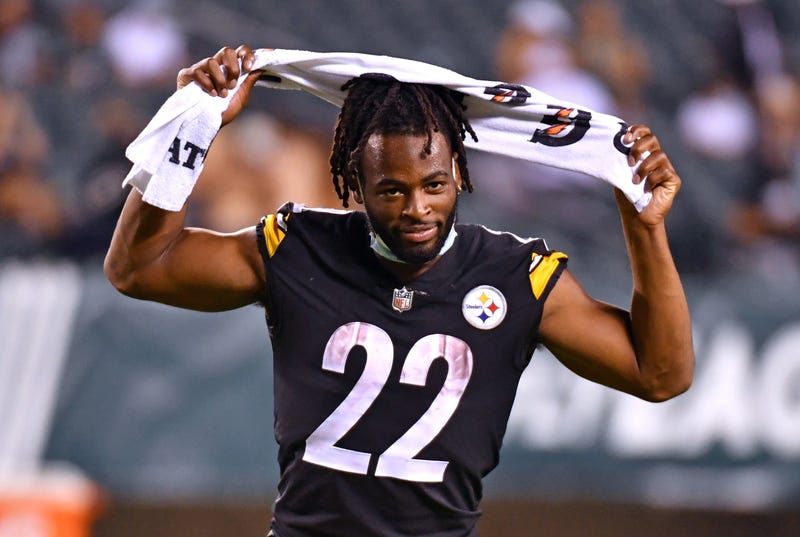 PITTSBURGH (93.7 The Fan) – Steelers preparing for what likely will be a crazy crowd in Buffalo on Sunday. Rookie Najee Harris says he’s never really experienced anything like that.

They played at tough stadiums at Alabama, but Harris points out that crowd advantage wouldn’t be a big factor.

“Not to brag or nothing, but it wouldn’t last that long,” Harris said with a smile about the crowd impact.

It’s not bragging if it’s true.  Harris lost only two road games in his career, both at Auburn.  Most of the games weren’t close.  Harris is not in any way saying he expects it to be like that in Buffalo on Sunday, but he is looking forward to the opportunity.

“I love competition,” Harris said Friday.  “I love going to other people’s stadium.  Backs against the wall.  It’s always fun to see their faces and their eyes in the stands.”

“You can silence that crowd.  It’s the best feeling.  I always want to play away.  It’s the most fun.”

He’s had a couple handfuls of snaps in preseason games.  What does he believe a NFL regular-season game will be like?

“Out here in the NFL, talent can only do so much because everybody is talented,” Harris said.  “I talk to my coach every day about it.  It’s the small things in the game that people don’t see on television, that matter so much in the game.”

“It’s a game within the game because there are a lot of stuff that plays a big factor to the opposing team giving them identifications of what is going on.”

Harris is learning not to tip off other teams with any little detail.  He talked to his coaches and Ben Roethlisberger about it.  He believes you can only really learn about it through playing in games.

He admitted at Alabama, even with a task master like head coach Nick Saban, you could get away with things because of the talent advantage the Crimson Tide had.

“You got to be even more specific and detailed in your work (in the NFL).  It’s not going to be a Heisman winner, a Biletnikoff winner (next to you).  I’m not saying we don’t have guys here, it’s more fair.  There is more detail in your work.  Knowing you have to give 200% every time and every rep matter