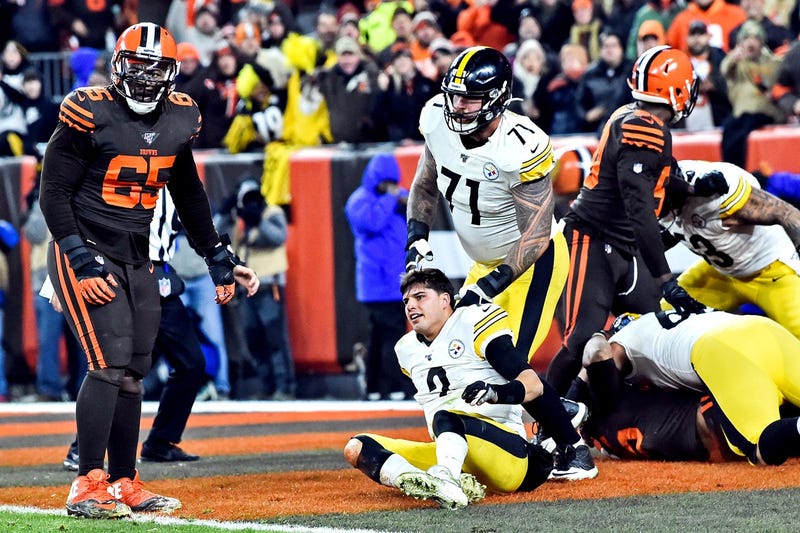 All praise to the most high. Let’s work. https://t.co/PJql8ZkzN9

A starter for the Bengals last season, Ogunjobi had 49 tackles and seven sacks. He was injured in Cincinnati's first playoff game against the Las Vegas Raiders.

Larry Ogunjobi expert from Cincinnati @MoEgger on @937theFan: "He was an imposing force. He added to his career highlight reel with the Bengals...late in the year he was getting double-teamed by Ravens and Chiefs."

During free agency this offseason, Ogunjobi agreed to a deal with the Chicago Bears but failed a team physical. He also met with the Jets last month, but no deal was reached.

Steeler fans may remember Ogunjobi best as the person who shoved a helmet-less Mason Rudolph to the ground after the infamous incident with Myles Garrett in 2019.

A third-round pick by Cleveland in 2017, Ogunjobi played his first four seasons in the league before signing with Cincinnati.

With Stephon Tuitt recently retiring, the 28-year-old Ogunjobi, if he can pass a physical, may be able to give the Steelers some much-needed help on the defensive line.