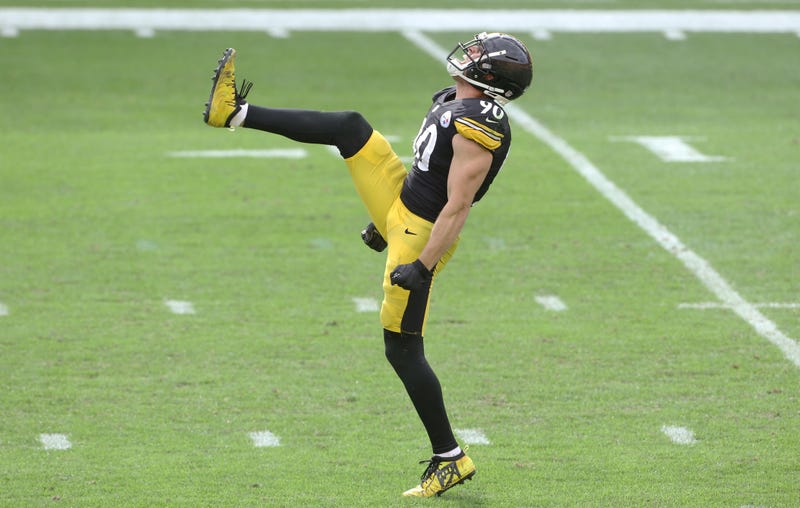 It appears to finally be done.

NFL Network’s Ian Rapoport says that the Steelers and linebacker T.J. Watt have agreed to a “mega deal.”

“He’s going to sign a 4-year extension worth for than $112 million,” said Rapoport.

$80 million is “fully guaranteed at signing.”

Watt was considered a “hold in” during Training Camp and preseason, only working during individual drills and not team periods.

He practiced with his teammates for the first time on Wednesday, as the Steelers prepare to face the Buffalo Bills on Sunday in the season opener.

Next up to get a big pay day from the Steelers: Minkah Fitzpatrick.

This is also a good day for Minkah Fitzpatrick, the star DB who is next up in Pittsburgh. https://t.co/dRDvn33VJc

Fitzpatrick is in the final season of his rookie deal before he becomes set for a smilier offseason as Watt this year.

In recent days, some of Watt's high profile teammates like Ben Roethlisberger and Cam Heyward recently showed support for Watt and him getting the money he deserved.

The guaranteed money makes Watt the highest paid defensive player in NFL history, but its also the most money ever given out by the Steelers in one contract.

Per @ESPNStatsInfo: Previously, the most guaranteed money given out on a contract by the Steelers is Ben Roethlisberger's current $67.5M guaranteed.

The previous was not too long ago when Roethlisberger was guaranteed $67.5 million.