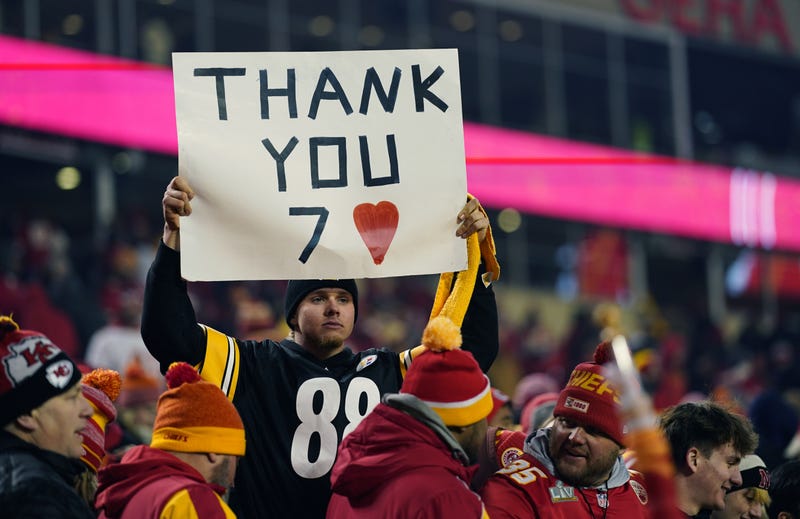 KANSAS CITY (93.7 The Fan) – Steelers fans hoped for the career to continue. For a little more magic left in the right arm. One of the greatest quarterbacks in NFL history saw his career end in a less-than-ideal outcome.

“It’s tough, but I’m proud to play with these guys,” Ben Roethlisberger said after a 42-21 loss to the Chiefs Sunday.  “God has blessed me with the ability to throw the football.  Blessed me to play in the greatest city with the greatest fans and football team and players.  It has been truly a blessing and I’m thankful for the opportunity he has given me.”

“He was 7,” Steelers head coach Mike Tomlin said of Roethlisberger finishing 29-44 for 215 yards and two touchdowns against the Chiefs.  “It’s been an honor and a pleasure.  I don’t have the words.”

“I can give that guy my whole career,” said receiver JuJu Smith-Schuster, who said he returned from a shoulder injury for a last opportunity with Roethlisberger.  “He’s one special, unique guy.”

“When I first came in I used to watch Big Ben.  I always wondered what it would be like to be in that huddle to go down and drive and to score the winning touchdown to win a game.  Fast forward 10 years, I’m in that huddle.”

“When he’s playing backyard football, it’s unbelievable.  For a guy to tell five guys where to go and what to do with all of that going on with the 30 seconds (you have) and then to figure out what the defense is going to do.  You can’t make that up.”

“The touch, the throws the timing.  He has it all.  I think Ben still got it, honestly.  I’m going to go see Ben and say ‘you want to come back next year’.  All the receivers are trying to do that.”

In almost every one of Roethlisberger’s 18 seasons the Steelers had a chance to win a Super Bowl.  He never had a losing season and played in 23 playoff games.

“I’ve been here a long time,” Roethlisberger said.  “It’s been a lot of fun.  God has blessed me.  We joke a lot about the Browns and going there, but it was meant to be that I was going to wear black and gold.  Draft day I had a black suit on with a gold tie.”

“I’m just so thankful.  I hope that I was able to pass the legacy of what it is to be a Steeler from Dan Rooney.”  As he mentioned the late Ambassador and team president, tears welled up in his eyes. 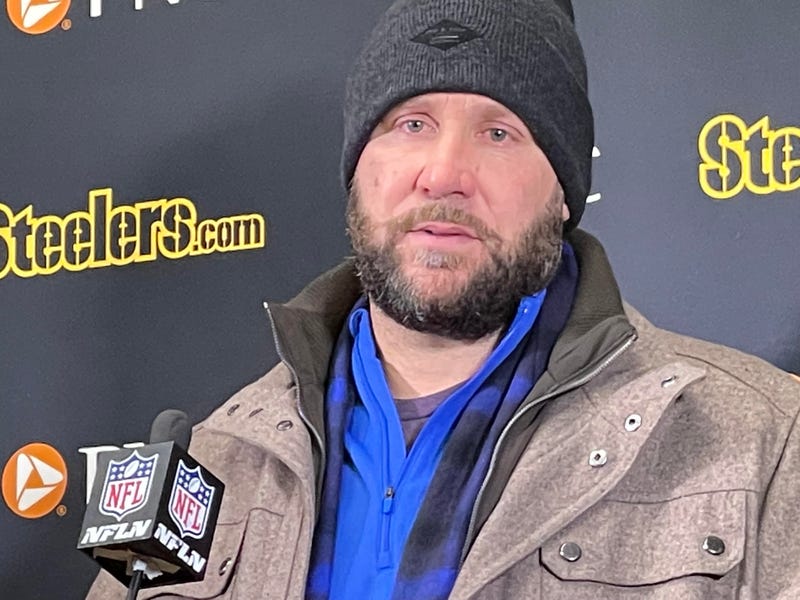 Roethlisberger said he talked to defensive captain Cam Heyward about being the guy to carry on that tradition.  That it was up to him now.  When asked about it after the game, it was Heyward who had to collect himself from being overrun with emotion.

“Appreciative of that man,” Heyward stated slowly.  “The way he battled.  The way he’s always given us a chance.  When you talk about having toughness as a quarterback.  You talk about a guy that’s going to give you everything he’s got.  You can’t ask for anything more from that man right there.  This one stings.”

“Ever since I got here, we had a guy in 7 that gave you a chance.  When you started the season, you said that is a Super Bowl winning quarterback.  There are not a lot of quarterbacks that can do what he does.  That does it at that high a level.”

Heyward on Ben passing torch to him pic.twitter.com/6ZOakWo3kE

“It’s a blessing to be able to play this game,” Roethlisberger said.  “I try to tell those guys a lot how lucky are we that we get to play football for a living.  We need to count our blessings and understand how lucky we are.  Yah, we are getting beat up.  We get to entertain millions of fans and do what we all did as kids.  We need to thank God for that.”

He didn’t need to say I’m finished or I officially retire.  You could see it in his eyes.  You could tell that after three decades of dedicating his life to football.  There is more out there for him.  He said that was to be the best husband and father he can be and to try and ‘expand God’s Kingdom’.

“I’m nervous,” Roethlisberger said of the next step.  “I am excited.  I get to go home and we’ve got snow.  Kids are already planning tubing and sledding.  Being a husband and father, never take a day off.”