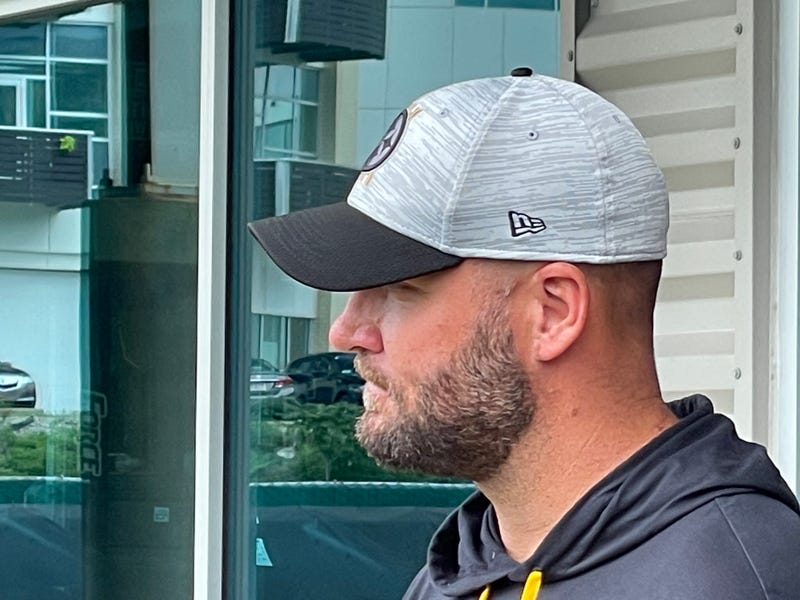 PITTSBURGH (93.7 The Fan) – Ben Roethlisberger did not shy away from discussing TJ Watt’s contract status. The 18-year vet is firmly in Watt’s corner.

“I think TJ should get whatever the heck he wants,” Roethlisberger said Wednesday before practice.  “He’s arguably the best football player in the game right now.  Not just on defense, just in general.”

Roethlisberger said he’s talked to Watt about the situation.  Feels he gave back to help the team sign him.

“I’ve been through a few negotiations with contracts,” Roethlisberger said.  “One of the reasons I took less money was for guys like him to get paid.  He needs to get paid.  He deserves every penny that he wants and asks for.  TJ is that guy that should get whatever he wants.”

As for the mood in the locker room about Watt’s contract.  Roethlisberger said maybe some of the young players don’t understand how the system works, but he doesn’t paint a picture of players upset with Watt.

“The feeling in the room is mutual in the sense that we all know how great he is and what he deserves,” Roethlisberger said.  “Everyone on this level at least. (referring to the ground floor at the UPMC Rooney Sports Complex with management on the second floor).”

“He’s trying to sign his first big deal.  He’s the defensive player of the year, he is.  Everyone in this locker room understands and knows that.  He should understand and know that.  The problem is when you negotiate and do contracts.  It’s not always two-sided.  When the higher-ups are in charge, there is only so much you can do.”

“We all feel bad for TJ.  Everyone knows how bad he wants to be out there.  The guy was here every single day when he probably didn’t need to be.  Working, busting his butt.”

“He should get taken care of.”