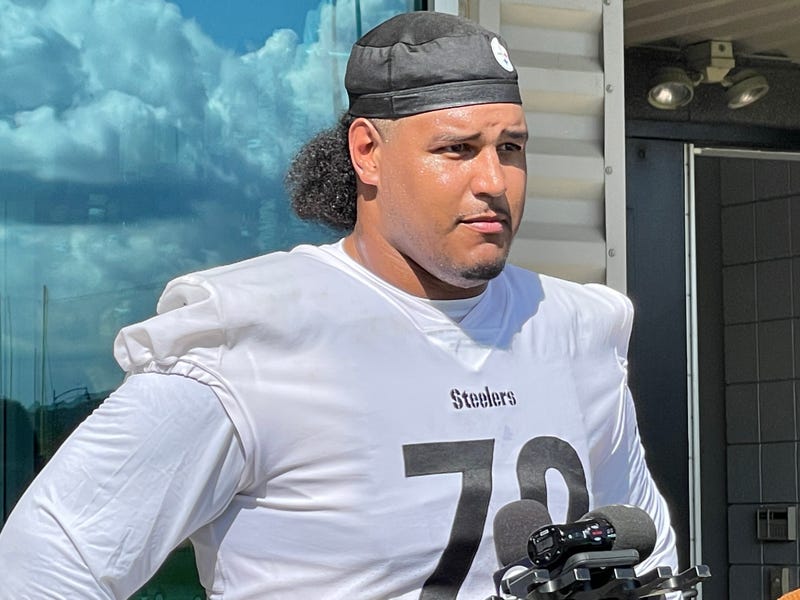 PITTSBURGH (93.7 The Fan) – The Steelers had waited just to see if one of their injured reserve players would be available to return. Saturday afternoon they officially ended receiver JuJu Smith-Schuster’s season after shoulder surgery, putting him on injured reserve.

That opened up a roster spot for the team to activate offensive lineman Zach Banner before Sunday night's game against Seattle.

Banner hasn’t played a regular season game in 13 months after tearing his ACL in the season opener in New Jersey in 2020.  The 6’8”, 350-pound Banner won the starting right tackle job over Chukwuma Okorafor in camp last season.

Okorafor slated to start at left tackle with Banner at right until the USC player had a setback during training camp.  Okorafor started 15 games on the right side filling in for Banner last year.  He said it’s not a big transition to move back to left, currently rookie Dan Moore, Jr. is the starting left tackle.

Steelers offensive coordinator Matt Canada wouldn’t commit to Banner going back to his starting job when he was healthy.

“I think Zach’s talents are what they are,” Canada said earlier this week.  “His leadership is what it is.  When and if he is able to get going, he will add all of those things to it.  I think Joe did a really good job being physical last week.  We are excited to get everybody healthy and then put the best combination out there we can.”

Banner has played 15 games with the Steelers starting two.

“I know that I am standing there with no clothes on,” Banner said.  “I’m not contributing from a physical standpoint.  At a certain point you feel like a weapon on the shelf.  I feel like that.  I want to get back out there.”

Now Banner gets his chance.  What you might see, at least to start, is Banner used as a extra blocker as he works his way back.