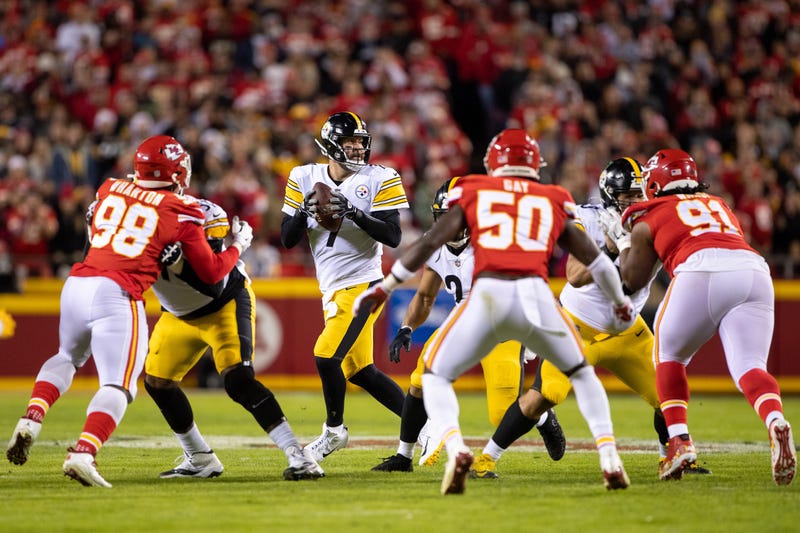 “They handled us and handled us definitively,” Mike Tomlin said succinctly while previewing this week’s game at his Tuesday news conference.

The scary part is that the Chiefs did that without perennial Pro Bowler and 3-time All-Pro tight end Travis Kelce. Leading receiver Tyreek Hill hadn’t practiced all week and only caught 2 passes. Of course, Hill wasn’t really needed, either, as Kansas City raced out to a 14-0 first quarter lead, led 23-0 at halftime and 30-0 before indifference set in.

But while it will take an entire Steelers village to turn things around this Sunday, a couple of defensive players will have to play pivotal roles. The encouraging part is that the arrow has been pointing up for both Cameron Sutton and Terrell Edmunds.

Sutton made one of several season-saving plays in Baltimore, intercepting Tyler Huntley’s ill-advised pass into the end zone with the Steelers trailing 10-6 entering the fourth quarter. “A 7-point swing,” Tomlin called it.

This weekend, Sutton will have to make more season-saving plays.  Not only will he have to cover receivers like Hill and, at times, Kelce, he will also have to keep an eye on Chiefs QB Patrick Mahomes. Sutton may be up for that task if he can live up to the comparison Tomlin made Tuesday, likening Sutton to Chiefs 3-time All-Pro Tyrann Mathieu.

“Much as I was talking about Honey Badger (Mathieu), Cam Sutton is that type of guy for us,” Tomlin said. “And he’s always been. He’s outside corner capable. He’s inside corner capable. He’s safety capable, Many weeks he does all three in one football game so it has a good variation of what it is that we do. It makes us a tough nut to crack and we appreciate that versatility.”

Sutton’s man was only targeted once three weeks ago in KC, which is a good thing, but that one target resulted in a 16-yard TD pass to Hill’s understudy, Byron Pringle. Now he will often be facing the real thing.

There is no question that Kelce is the real thing and while Sutton may draw him on occasion the primary coverage responsibility will often fall on Terrell Edmunds. He, too, had an interception in Baltimore and also broke up two more passes. Edmunds has certainly appeared to come on over the second half of this season. He will have to keep on coming Sunday night against the great Kelce.

“That kind of comes with the strong safety position, at least in terms of how it was utilized in our scheme,” Tomlin explained. “Minkah (Fitzpatrick) is a middle of the field player and keeps a lid on everything and ties things together. T.E.’s challenge are coverage related usually around a tight end and there’s some dynamic ones.”

Obviously (as Tomlin might say), Kelce is one of them.
After vanquishing Baltimore’s Mark Andrews, it won’t get any easier this week for Edmunds. “He always runs to that fight; he doesn’t run away from it,” Tomlin said. “I love his attitude regarding the last week but obviously this is a new week and he’ll be challenged in a new way.”

The biggest challenge may be also keeping track of Mahomes. “His ability to create time and space for himself and allows plays to develop is unique and challenging,” Tomlin pointed out. “They get you in uncomfortable match-ups down the field because of his ability to do that. You can’t get caught with 10 (Tyreek Hill) down the grass. You can’t get caught with 87 (Travis Kelce) down the grass as he does that. Those are going to be big plays. So we have to rush them extremely well and be smart.”

“That’s what we signed up for,” the coach concluded, “that’s what I’m looking forward to.”