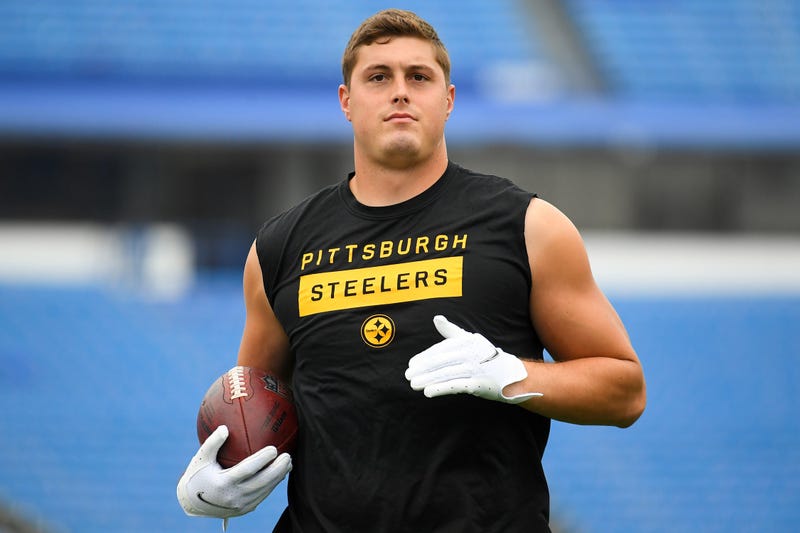 When the Steelers selected tight end Zach Gentry in the 5th round of the 2019 draft you knew he was a project. Heck, he was project at Michigan where was a quarterback before switching to tight end his final two seasons, catching 49 passes for 847 yards and 4 touchdowns in 21 games.

After dressing for just four games his rookie season and only two in 2020, it appeared Gentry might be headed for the dreaded “draft bust” heap. That was before the Steelers drafted Pat Freiermuth.

But instead of thinking his Pittsburgh days might be numbered, Gentry dug in. Knowing that Eric Ebron and Freiermuth are more the pass-catching types he bulked up to make him a better blocker. Not only that, he also worked on his receiving skills and Gentry - the project - is developing into a viable member of an improving Steelers offense.

Gentry says he didn’t really blink when they used a high pick on Freiermuth. “The Steelers are typically a team that plays with multiple tight ends,” he reasoned. “I knew there wasn’t one tight end who’s going to play every snap. All us kind have our different roles in the offense and it’s been good for us to complement one another.”

Gentry played a season-high 22 snaps in the win over Denver so maybe it’s no coincidence that Najee Harris ran for 122 yards, his first 100-yard game in the NFL. “Yeah, I think I was definitely a part of it.
Everybody on the interior O-line and tight ends were part of it but I thought I did a pretty good job blocking last game and I think we did as a unit as well.”