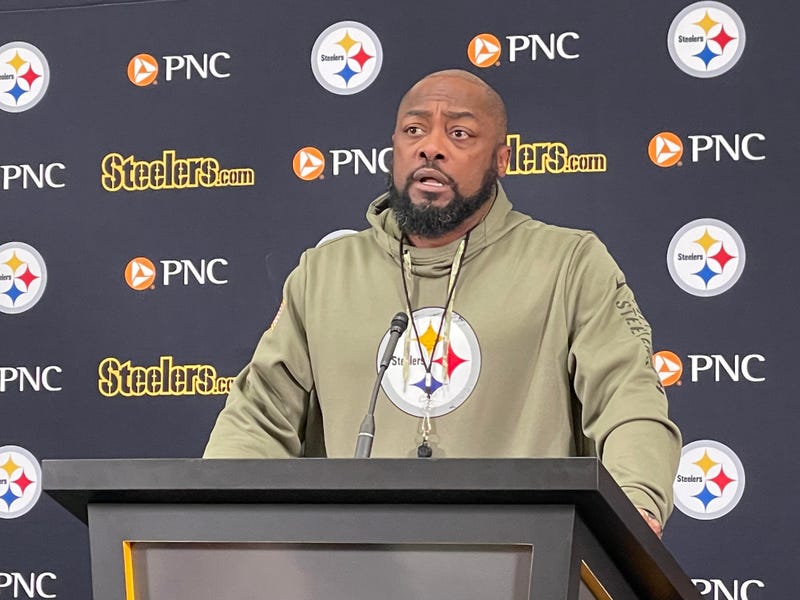 PITTSBURGH (93.7 The Fan) – Bengals linebacker Germaine Pratt said it after the game, he thought the Steelers were predictable on offense. He said ‘we know what they were going to do. They do the same plays over and over’.

Mike Tomlin addressed it on Tuesday.

“That’s football. When it’s good on good particularly when it’s the latter part of the season there are very little secrets. I don’t know that we were all that surprised with anything that they did offensively. Then it comes down to execution. That’s what I would like to keep our focus. We got to execute better. We have to make makeable plays and that’s our goal.”

Tomlin pointed out the offense let the defense down by not taking advantage of field position opportunities in the second half Sunday. The TJ Watt interception deep in Bengals territory led to only three points. Another possession, the Steelers forced a punt from the Cincinnati seven-yard line. Offense got the ball at the Bengals 47 down four points, they had to punt after moving backwards.

On the whole in the last two games they have seen some modest gains, scoring 20 points against the Saints and 30 against Cincinnati. That has moved them up to 28th in the NFL in scoring offense, but obviously nowhere near where they want or need to be.

“I’m not in any way frustrated by it’s development or lack thereof,” Tomlin said. “I just know as a coach, particularly as a coach that’s been doing it for a while, that it’s continual.”

As with the offense, some modest positives for Pickett. No interceptions in the last two games. A 79.7 and 85.9 quarterback rating, two of the top three of his young career. In the last four games he’s rushed for 122 yards and a touchdown.

“He’s gotten better in all areas,” Tomlin said almost repeating his words from last Tuesday. “It’s moving in the direction we would like it to. Could it move faster, absolutely. I don’t think anybody is patient, including Kenny. This is not a patient man’s business. You work while you wait. That’s what he and we are doing.”