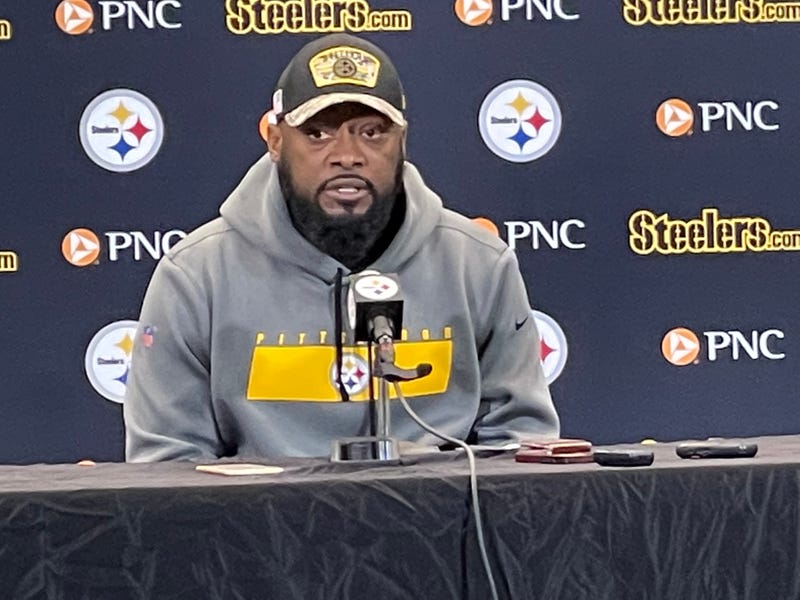 “That’s just the reality of it,” Tomlin added.  “We didn’t coach well enough.  We didn’t play well enough.  You don’t get that stench off you in a number of days.  It will be some time as we work our way back to respectability.”

Does this mean Tomlin is going to put the ball away and have three days of hitting, no.  As much as some believe that’s what the team needs, there are already a number of injuries, and players not even on the injured list who are nursing ailments.

Tomlin did say they are open to at least one practice in full pads and have some players work more in practice, but did not elaborate on who.

“We have to continue to focus on the things that we value,” Tomlin said.  “The fundamental things, we have a limited number of padded opportunities (due to NFL rule).  Given our circumstance, attire is something that could change this week to position us to play better football.”

Fancy way of saying to expect at least one padded practice this week.  Tomlin said he wasn’t concerned that his message is not getting across to the players.  He chuckled when saying based on result his talk didn’t get through last week, but he will continue with a similar message.

The 15-year Steelers head coach said they had good, open and honest meetings on Monday and hinted to some personnel moves and potentially strategic moves.  Adding those won’t be drastic, but subtle and hopefully significant.

“I don’t know that you get over it, you move on from it,” Tomlin said of what happened in Cincinnati.  “You carry those lessons learned.  If you are smart, you carry it in an appropriate way.  It’s a catalyst for action, thoughtful action.”

“You can’t continue to do the things you been doing and expect a different result.”

“I think we shut up and put up is what we do,” Tomlin said.  “We won’t be doing a whole lot of talking or promises and things of that nature.  I think it’s important to acknowledge where we are and that type of performance is not what we expect or anticipated.  More important than that is the mindset in which we move forward and the type of work that we are willing to put out to change those outcomes.”

The work hasn’t been good enough, even some players are publicly criticizing the practice habits.  Will it change?  Ultimately, we will tell by the results on game day.