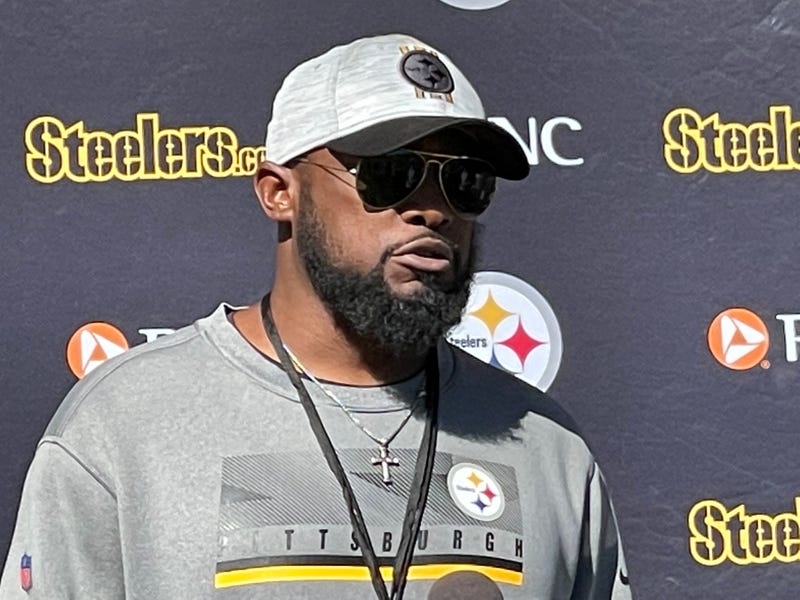 PITTSBURGH (93.7 The Fan) – Steelers head coach Mike Tomlin held a rare practice on a Tuesday due to the bye week. Not expected to at first, Tomlin did address questions after practice.

First-and-foremost his reaction to the game being stopped in regulation to replay a catch/no catch by DK Metcalf.  It appeared the game clock at the stadium hit zeroes before the whistle blew.  Here are Tomlin’s comments two days after.

“The game was stopped by the replay guy to find confirmation of a component of the play on the field,” Tomlin said.  “I didn’t agree with that in the most significant moment and I expressed it.  I had some conversations with New York regarding it.  Got an explanation, wouldn’t say I got clarity.  I won’t discuss it any further.”

“Often time after games, I acknowledge things that transpire in the bowl; particularly things I think are significant.  It’s fruitless for me to continue to expand upon it in my position in what was said and who said what and what I expect to happen in reaction to it. I understand you guys are interested, pardon me if I don’t indulge you.”

“He’s still on IR, working hard and making progress,” Tomlin said.  “How close he is to returning to play.  I do not have an answer to that as I stand right now.”