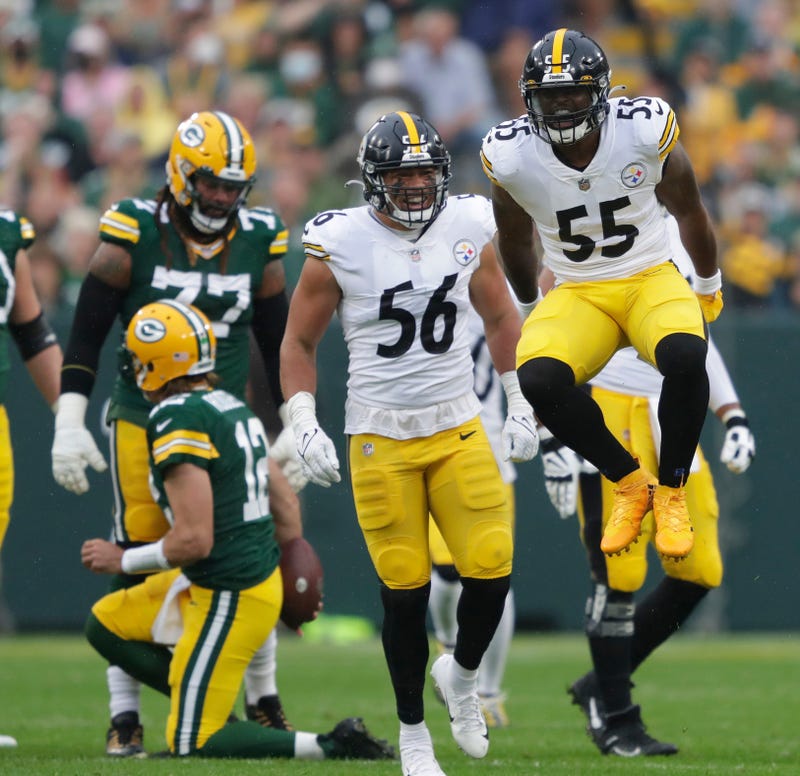 PITTSBURGH (93.7 The Fan) – You trade up to draft an impact player at middle linebacker. You expect early results.

The 10th overall pick in the 2019 NFL Draft, linebacker Devin Bush is the Steelers sixth leading tackler.  He is second on the team in sacks (2), forced a fumble in the season opener.  In 26 games, Bush has 136 tackles, four sacks, a pair of interceptions his rookie year and two forced fumbles.

It’s fair to point out he tore his ACL in the fifth game of last season and only returned to team practices during training camp.  Bush also suffered a groin injury during the game at Buffalo, where he finished with nine tackles.

“It’s essentially his second year, so he is still learning,” said Steelers defensive lineman Chris Wormley.  “We have all the confidence in the world.  Coming off of a major knee injury last year.  I’ve had a few pretty big knee injuries and it takes a little bit to come back to full strength.”

So injuries could be playing a factor in Bush’s performance.

It was noticeable that almost immediately upon joining the Steelers; the team gave play-calling duties to veteran Joe Schobert, taking them away from Bush.  The positive spin the coaches would use is it frees up Bush to focus on his job.  That it’s good to have multiple people available to relay plays.

Tomlin suggested Monday the difficulty of grading Bush because it’s not just about him.  It’s hard for him to do his job as an inside linebacker effectively if they are struggling on the defensive line.  Likewise, if Bush isn’t doing his job, it could affect the play of the secondary.