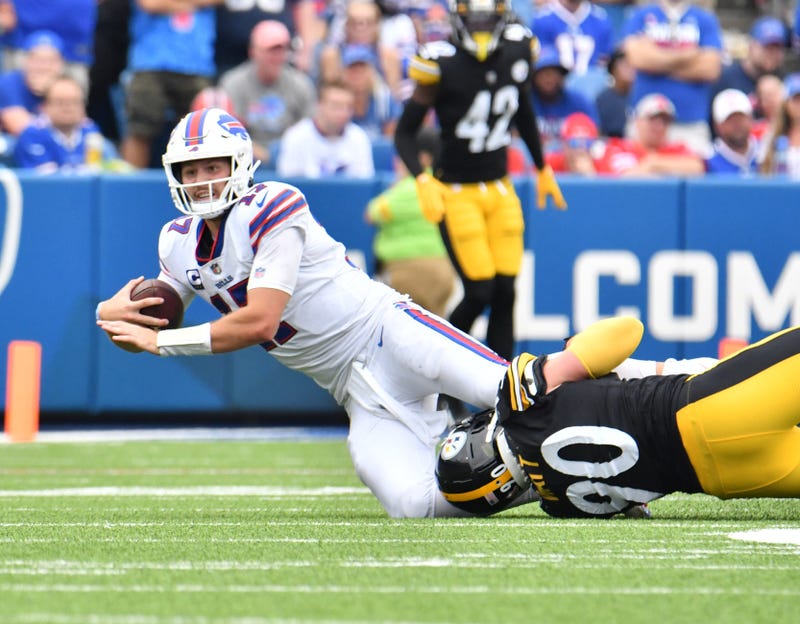 BUFFALO (93.7 The Fan) – Think about the worry about TJ Watt at this time last week. Whether fans thought he was selfish or whether fans thought the Steelers were in the wrong. Every hour last week created a bigger divide and concern about his future.

Days later, Watt not only played.  He made impact plays for the Steelers in an upset win in Buffalo.

“I felt really fresh,” Watt said.  “Never wanted to get too confident with how I felt ‘cause I didn’t know coming into the game atmosphere and the hype and adrenaline that comes with it.”

“He’s fine,” said Steelers defensive captain Cam Heyward smiling.  “He’s had a heck of a week.  Not everybody can do what he does.  For him to go out there and handle it the way he handled it.  Capitalize on it with a win like this.  Pretty proud of him.”