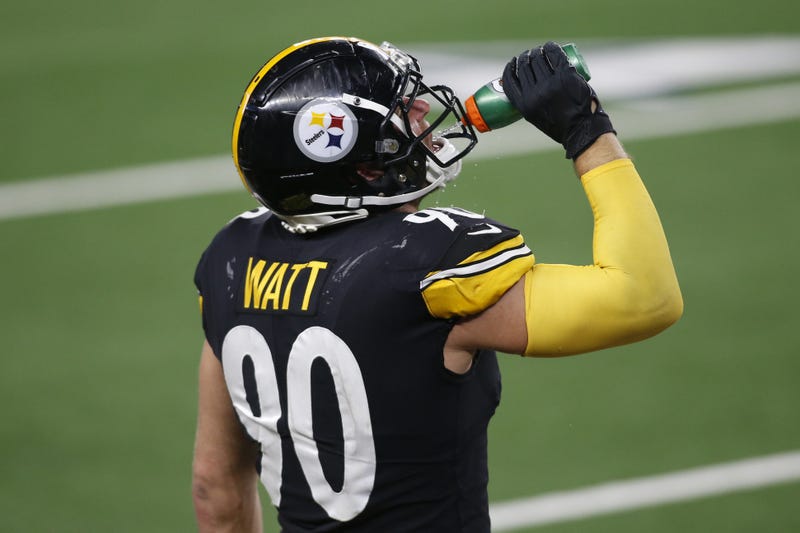 PITTSBURGH (93.7 the Fan) While he didn’t answer when asked what would’ve happened if he didn’t get a deal done, we luckily don’t have to worry about that and T.J. Watt will play on Sunday.

Asked about his playing shape heading into the first game of the season Watt believes he is ready.

Watt says he was wearing a GPS to monitor his training during Training Camp to make sure he was exerting himself as much as his teammates were.

“I feel like we did a great job,” said Watt. “This week in practice I felt great, I feel very, very confident.”

While he says he feels like he’s ready to go and is in “football shape” he says he’s smart enough to know when to take himself out on Sunday if he need be.

“I also have to be smart and make sure that if I am feeling super gassed, I take myself out of the game, but like I said, I don’t think any of that is going to be an issue because I do truly feel great,” said Watt.

When asked about a “pitch count” and if there is a limit on how many snaps Watt will take, Watt said, “we’ll see” but added he is confident in his conditioning.

While right side outside linebacker did practice full on Friday he is considered questionable, so if he is out, it would help the Steelers defense greatly if Watt is in there as much as possible.