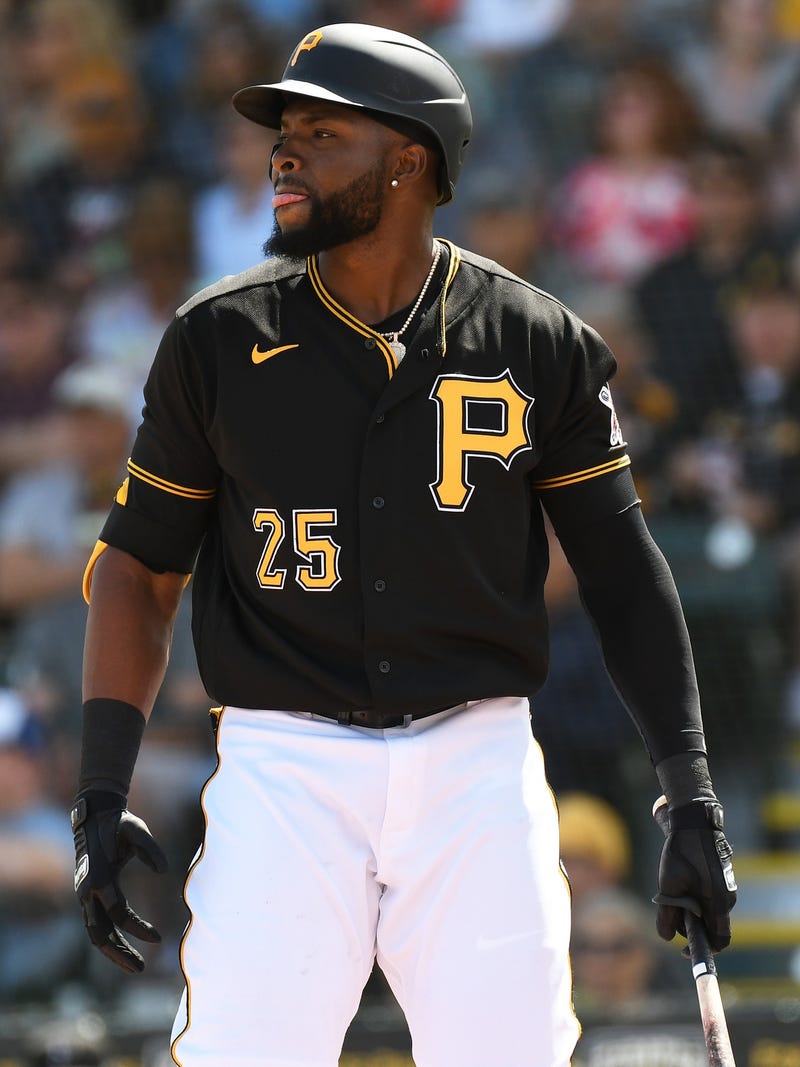 PITTSBURGH (93.7 the Fan) – Pirates general manager Ben Cherington said outfielder Gregory Polanco is healthy and will be back next season.

“He’s still really young and at a point in his career there’s no reason to think he can’t be a really good player again,” Cherington said.  “I would expect him to be and look forward to doing that in a Pirates uniform.”

In nearly the same amount of games last year, Polanco hit .242 with a .301 on base percentage with one more homer and RBI than this season.

“Swing decisions are not that different than when he’s been successful,” Cherington said.  “He’s missing on his fastballs, I’m not sure anyone, I certainly can’t, say why that is.”

“It would be reasonable to me to think that a very strange year might impact someone like that as much as anyone given the amount of time he’s missed.”

Cherington said when he makes contact, he’s hitting it hard.  Thing is he’s struck out in 53 of the 131 at bats with only eight walks.

Polanco is paid 8 million this season, which is nearly twice as much as any other active player.  There are three contracts on the Pirates books for next year, Polanco is by far the most at 11.6 million, according to spotrac.com, assuming the Pirates decline the 11 million dollar option for Chris Archer and Felipe Vazquez doesn’t return at 7.75 million.  All other players are under control and many could be decided in arbitration.

The results aren’t there, you can understand why Cherington is encouraging, if not hoping, for a return to his two good seasons.  He would make the Bucs rebuild from the cellar happen much quicker.

“I’m really encouraged about the other things,” Cherington said Tuesday.  “The strength, the way the ball is coming off the bat, the way he’s moving.  Frankly his energy and attitude, its been a frustrating year and nobody doesn’t want to perform.  But he’s coming here and getting after it with his work.”

If you were to meet him, you would root for him.  Polanco is a team-first player who will do whatever his bosses ask.  That’s a great quality.  But the Pirates need more production.