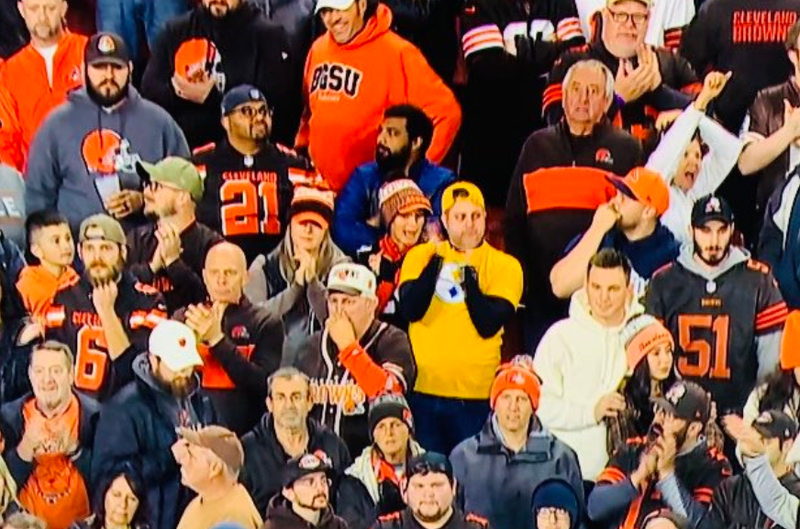 With 146 rushing yards and a touchdown in Cleveland’s 17-14 win over Denver on Thursday night, you’d think D’Ernest Johnson in his first career start would be the hero of the game, but you’d be wrong.

The real hero was some guy proudly wearing a Steelers shirt in a sea of brown and orange inside FirstEnergy Stadium on the Lake Erie Shore.

We know Steeler Nation travels very well, but showing up to a game Pittsburgh isn’t even playing in to support the black and gold is next level.

With the Steelers on their bye week, maybe the guy just wanted to see some football.

Unfortunately, he saw the Browns go above .500 (improving to 4-3) even with two running backs and their starting quarterback out against the Broncos.

Denver has dropped their past four games after starting the season 3-0.

Hopefully the man will be in the stands in Cleveland next Sunday and see a Steelers win, when they travel to face the Browns at 1 p.m. on Halloween.