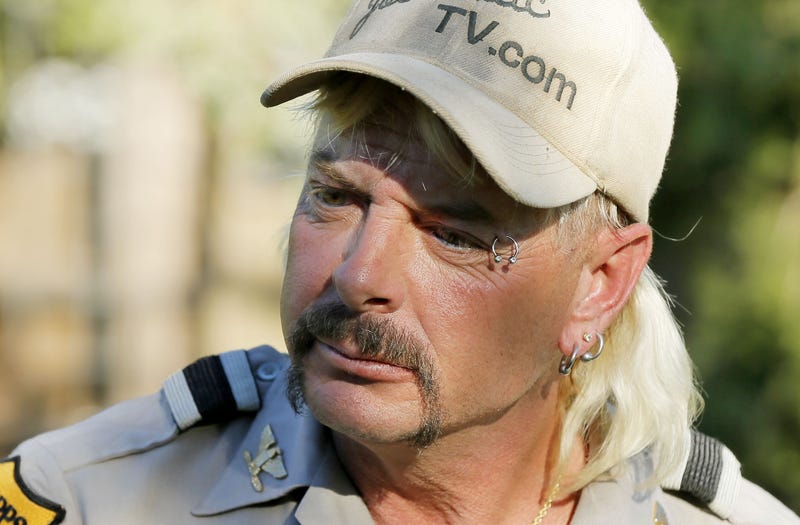 “Tiger King” Joe Exotic reached out to Ben Roethlisberger last month, asking for a signed jersey for his stepson for his birthday.

While we aren’t sure if a jersey ever got to the stepson, Exotic has announced that he is getting a custom Roethlisberger boom box.

Exotic says Bumpboxx donated the device so he could give it to his stepson on his birthday.

Thanks to https://t.co/iInX8SqPUC for donating this super cool boom box to my stepson for his birthday! It's a Ben Roethlisberger edition (retails for $499). Check out their other customized products here: https://t.co/yevf89KWti pic.twitter.com/XMbM2xXoPP

In a letter posted to his Facebook page last month, Exotic wrote the following letter to Roethlisberger asking for a jersey

The letter reads in full:

Not sure if you have heard of me or not. It's Joe Exotic, the Tiger King. As you know, the United States of America has kidnapped me so Carole Baskin and PeTA could try to pass the Big Cat Safety Act because I'm the only one that could educate Congress about why this law should never pass.
Anyway, they got my ass in prison for now and I need a favor from you please sir.

I have this amazing stepson named Johnny Graham and I promised him an autographed jersey by you because he thinks you are the shit and he holds you on a pretty big pedestal. There is one on eBay, but I don't have the $600 to buy it for his birthday. My fans helped get everything else he wanted. I'm just missing your jersey.

Can you help a man out that is fighting for his own freedom? Every kid needs a hero and you are his! If so, just private message and my people will go from there.

With all the respect,

Exotic, along with Baskin were subjects in the 2020 documentary “Tiger King” which swept the nation during the beginning of the pandemic.

The 59-year-old Exotic is currently serving a 21-year prison sentence.

Roethlisberger retired from the Pittsburgh Steelers this past January after 18 seasons in the NFL.