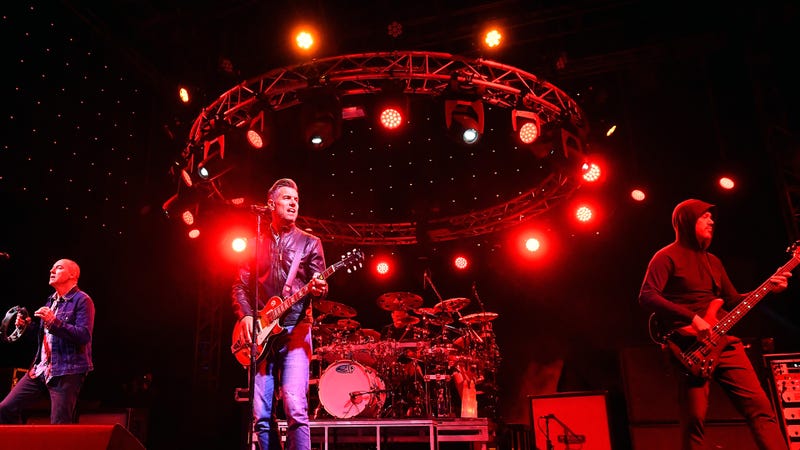 BeachLife Festival washed over Redondo Beach, California over the weekend, and as the stages were ablaze with some of your favorite Alternative artists and bands, others stopped by to chat with Audacy’s Megan Holiday all about the incredible experience.

LISTEN NOW: Nick and P-Nut of 311 join Megan Holiday at the Beachlife Festival

Appreciative to be playing at a family-friendly relaxed beach fest with incredible weather, 311 vocalist/guitarist Nick Hexum and bassist Aaron "P-Nut" Wills talked with Megan all about what they’ve been up to and what they have coming up. Grateful to be able to be back on the road, the band recently had there Vegas show on 3/11 Day, which they followed up with “an earlier summer run that was 20 shows… over the course of a month.”

“We made due during the pandemic with live streaming… so we stayed connected to our fans that way," Nick noted. “But it’s never the same of all of us being together, and that live, in person, communal energy — so very happy to get back to it, and we’ve got a month long spring run, starting right now.”

Aside from music and performing, their fans right are there at the top of the important list for 311. And while P-Nut holds down more of the day-to-day connection and correspondence, every single band member appreciates the love. “We’re just so blessed to be able to do this for 32 years,” Nick expressed, “and it’s because our fans are very loyal. Like it doesn’t matter if radio is currently embracing what we’re doing or not, it’s like we’ve got a solid relationship, so we just keep showing our gratitude for that, cause its very special.”

“It’s personal,” P-Nut added. “I think that’s what it’s turned into… the legion that keeps us alive takes it real personally. Everything we do and how we keep going, they maintain us in that way, propel us to way more years than we could have ever hoped for, so it’s an awesome ride.”

When it comes to touring and new music, according to Nick, touring takes precedence. “Somewhere around the early 2000s we decided that we’re more of a live band, and that touring will come first and we’ll work albums around that. Kinda following in The Grateful Dead business model, of just make it about the show. Because the show it's just — something of that communal energy of everybody grooving together, that’s something that's been on the earth for like between 50,000 and 100,000 years. It’s like more important than recording music, just to play and dance and experience life together, so I think we’re a live band first.”

When prompted to give advice to any bands on the come-up, starting to experience their taste of success, Nick offered, “perform out as much as possible, there’s no substitute for the 10,000 hours. So just take tons of gigs.” Recalling how during 311’s second album, they put all their stuff in storage, “and just lived on the road.” Additional advice included, “stay grateful and make sure you listen to each other, stay flexible and, look for compromise.”

All good advice that any new band should heed, as 311 has been riding the wave for 32 incredible years — an impressive and difficult fete indeed, when it’s easy for things to “go to your head.” Referring to a lyric from The Smiths track “Frankly Mr. Shankly” — “Fame, fame, fatal fame / It can play hideous tricks on the brain.” Noting success “can change you, so you gotta work to keep grounded.”

In the end it’s all about finding that magic, which 311 has accomplished, and it isn’t lost on them that they did. “It’s a dream come true,” Nick said, “we know we stumbled onto something really special, and you just gotta take care of it like a flower, and don’t stomp on it.”

As for what's coming up for 311, well once the self-proclaimed live band closes out their spring tour, they'll set back out for another tour this fall, starting in Columbus, OH in September. With special guest Tropidelic, joining them on a good amount of shows.

From Grunge to Alternative to Pop Rock, listen to Audacy's Rockternative now