Backstage at Audacy Beach Festival on Sunday, December 5, U.K. singer YUNGBLUD joined host Kevan Kenney to get into his future plans, which include dropping a short film based on his 2020 song "Mars," set for release in the spring of next year, as well as a brand new, more personal album, and traveling the globe.

Honestly, coffee or not, creativity and raw energy seem to leak out of young Dominic Harrison's pores. Since the release of his 2020 breakout album Weird!, YUNGBLUD has consistently provided fans with high-energy performances, unflinching individualism, and a sense of community among those around him.

For the new short film, the idea came, he says, from a want to "uplift some incredible creators out there who do not get seen and who do not get heard... to make something that I genuinely believe is going to be one of the most individual, diverse pieces of cinema around today." Created in the same nature as friend and contemporary Machine Gun Kelly's 2021 film Downfalls High, YUNGBLUD says he and Kelly "always want to express ourselves in any way that we see fit. From movies, cinema, to taking our clothes off and running around a recording studio... whatever happens, I mean happens."

"With that," YUNGBLUD adds, "this film," centered around a young fan he met while on tour who was struggling with identifying as transgender, "is not necessarily based around an album, it's based around a subject matter and it's a real kind of scenario about radiating an idea from where I grew up. I'm buzzing for you to see it." 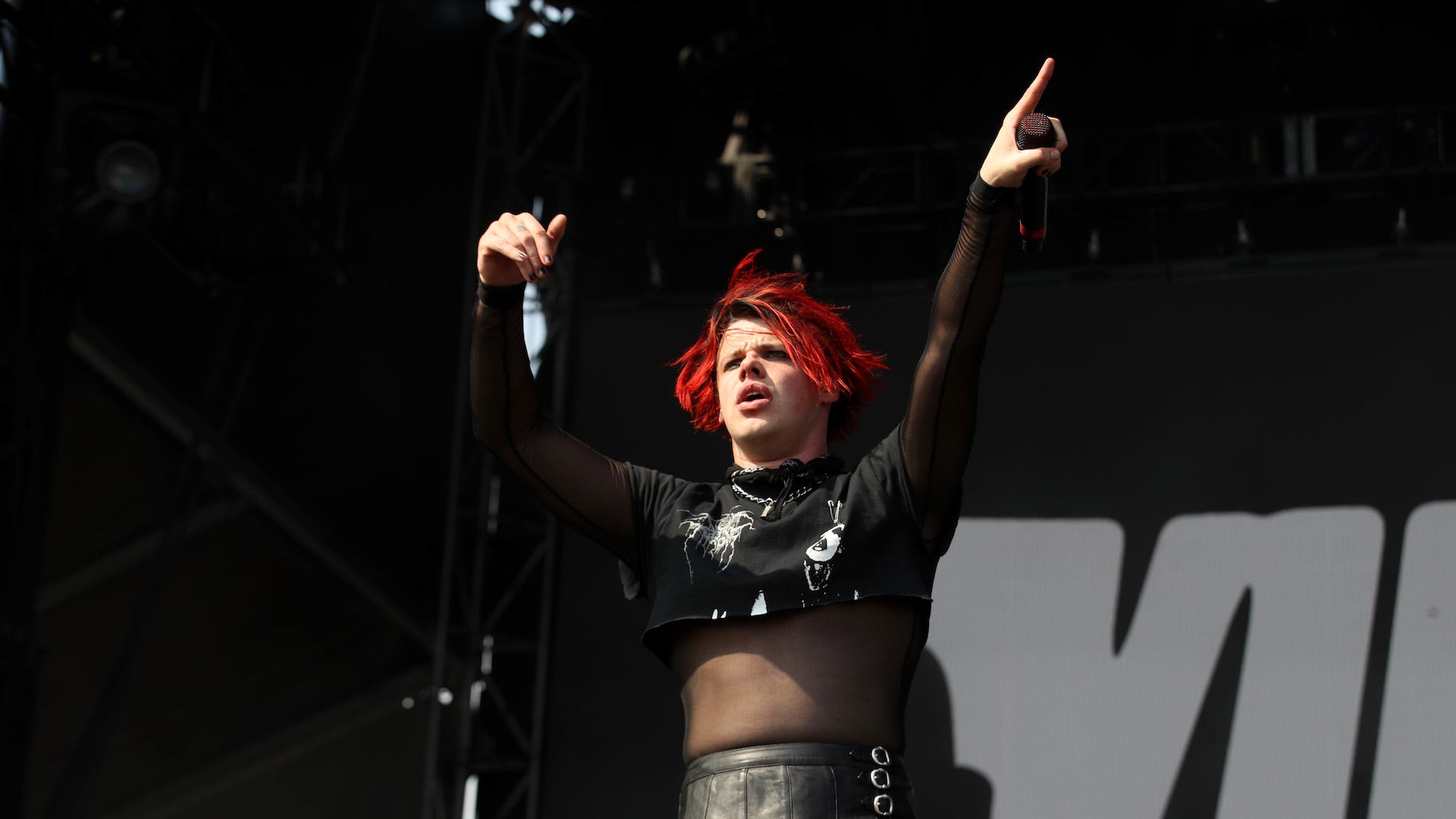 The singer recently told us that when he started his career, "it was all about connecting people... It was always about going, ‘hello is there anybody out there that’s feeling like me? That’s feeling this way?’” That ambition can be seen in his own handling of social media and the way he turned the tables on online hate with his 'Go Plant A Tree' charitable effort.

"The thing about it is, especially as you get bigger in terms of people knowing who you are, there's always gonna be hate -- but there's also a lot of naivete... people spread a lot of false information about me. So, I got a bit pissed off one day and said, 'go plant a f***ing tree.' Then we actually made it into a charity... and we planted about 6,000 trees or something crazy like that. A forest... out of hatred!"

Following his performance at Audacy Beach Festival, YUNGBLUD will kick off his North American “Life on Mars Tour,” revving up in Athens, GA on January 26 and running into March 2022 -- making stops in cities that artists normally drive right by.

More good news for fans... YUNGBLUD also revealed that his next album is basically finished. "It's been a long process... The first record, I had nineteen years of my life to write," he explains. "Talking about the world, the way I saw it, the way I wanted to express myself within it, and that went so unbelievably well." The next offering, he says, "is genuinely about me. I've not spoke about me yet, it's always been about the world. I'm so excited because there has been hate, there has been love, there has been misunderstanding around me -- and now I've got the microphone. I'm gonna say, if you thought you ever knew me at all, maybe you did, maybe you didn't."

FEELIN' THIRSTY? We hit YUNGBLUD with some 'Fandom Flirts' gathered from fans while we had him cornered, and he certainly didn't disappoint. Whether he was complimented on his skirt game, told he was "daddy," or that he would be "kissed on the mouth," he was there for all of the messages. Watch above and feel free to keep on sending him your own -- except the ones you should keep to your imagination, of course. Yeesh! Watch our full interview with YUNGBLUD above, and check out highlights from Sunday's incredible Audacy Beach Festival in the sun and sand of Fort Lauderdale beach below.