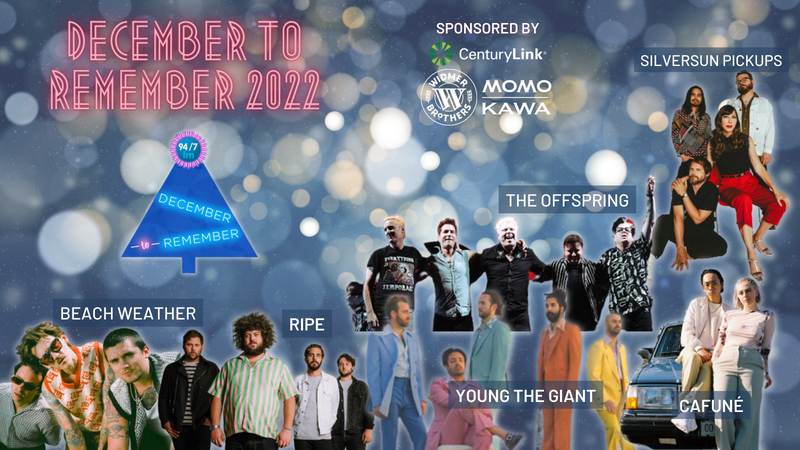 Get your tickets below! 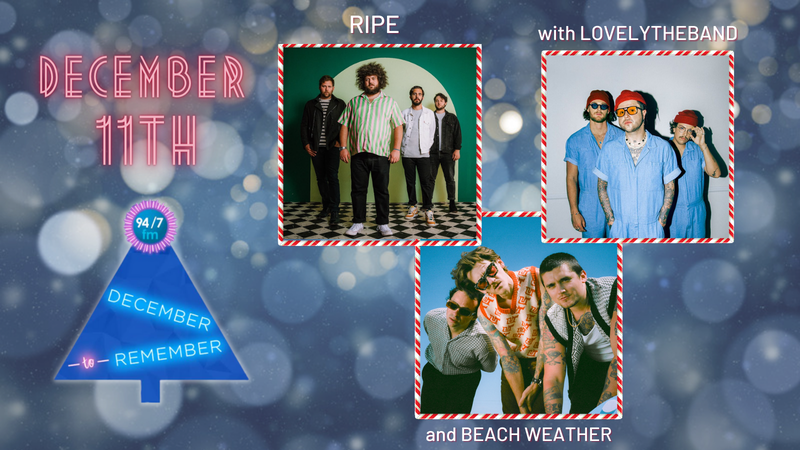 Ripe’s new album Bright Blues is a collection of 12 songs full of sleek grooves and bold melodies that the Boston quartet put together to help ride out tough times, an anthem for better days ahead. The band drew acclaim from the likes of the Boston Globe, Huffington Post and WXPN with their first full-length, Joy in the Wild Unknown. Their streams on Spotify surged past 56 million as they conquered stages at festivals including Bonnaroo, Firefly, SweetWater and Bottlerock, and sold tens of thousands of tickets across the US, including selling out the iconic House of Blues Boston and Brooklyn Steel.

lovelytheband translate emotions, anxieties, and feelings into lush, layered, and lively indie pop anthems. When the band was founded by lead singer Mitchy Collins, guitarist Jordan Greenwald and drummer Sam Price in 2017, the trio maintain a lasting connection to listeners by holding nothing back. Billboard proclaimed the group among “10 Rock & Alternative Artists to Watch in 2018” as they supported Vance Joy and AWOLNATION on tour. Everything paved the way for the arrival of the band’s first full-length, finding it hard to smile [RED MUSIC]. Produced by “broken” collaborator Christian Medice, these 16 tracks entrance, engage, and enchant with cathartic, compelling, and catchy choruses.

Beach Weather is a three-piece American band formed in 2015, featuring Nick Santino, Austin Scates, and Reeve Powers. Santino, who gained notoriety as the founding member of his former band, A Rock to the Moon, along with his fellow Beach Weather bandmates, has been involved in the music industry for years. Self-described as their own genre of "fuzzy pop," the band's debut EP What a Drag was released in August 2015, with five brand-new tracks. 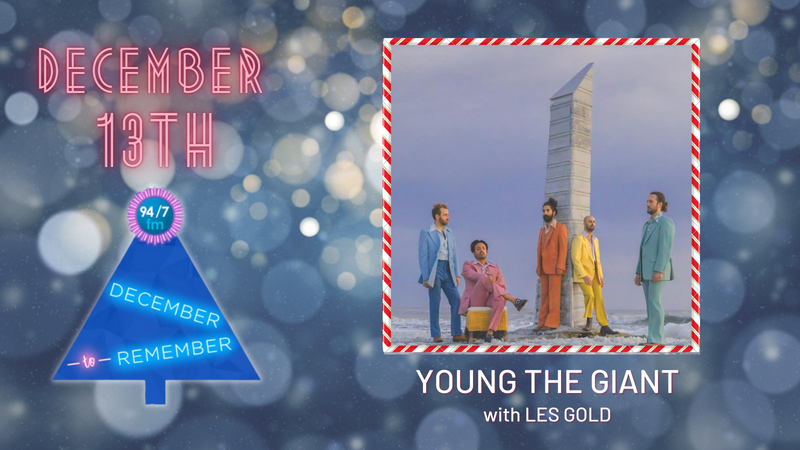 Young The Giant was established in 2004 and is comprised of Sameer Gadhia (vocals), Jacob Tilley (guitar), Eric Cannata (guitar), Francois Comtois (drums) and Payam Doostzadeh (bass). The band first broke through with their 2010 self-titled debut album, which featured the RIAA-Multi platinum certified hits, "My Body" and "Cough Syrup." This was followed by the release of 2014’s Mind Over Matter, which was both a commercial and critical success. 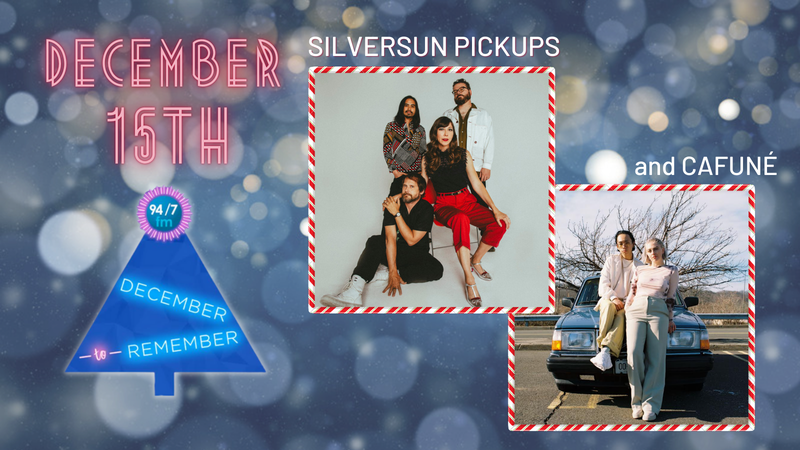 Silversun Pickups just released their sixth album, Physical Thrills, produced by Butch Vig via their label, New Machine Recordings. Brian Aubert of the band shares about the album: “This record is alive. It sits somewhere in between a collection of songs and an imaginary friend. A friend that from March of 2020 to April of 2021 would not only introduce itself to me but keep me company through that time of intense isolation. A friend that would remind me that in this instance, the whole world was feeling the same way as well. A comforting, playful, sometimes frightened, often delighted friend. A friend that was finally introduced to Butch Vig, once we got vaccinated, and blew through his studio like a tornado made of cotton candy, leaving little pieces of residue everywhere. But most importantly, this friend REALLY doesn’t give a fuck. I know. That sounds brash. I just mean it’s a thing that is truly free. And now, this little living head space no longer visits me. I visit it through this album. I hope you like it. My friend wouldn’t care. Little rascal.”

Running is the debut album from Cafuné. During the five years after Noah Yoo and Sedona Schat graduated from college together in the mid-2010s, the duo continued to write songs and play shows in New York as they worked around their day jobs. As they honed their live set, the band’s sound evolved, and their audiences grew. By late 2019, they were graduating to larger venues in the city, ready to launch a new chapter. But then, the pandemic hit, putting those plans on hold. It turned out that months in quarantine would be the catalyst Yoo and Schat needed to sit down and finish the first Cafuné album. 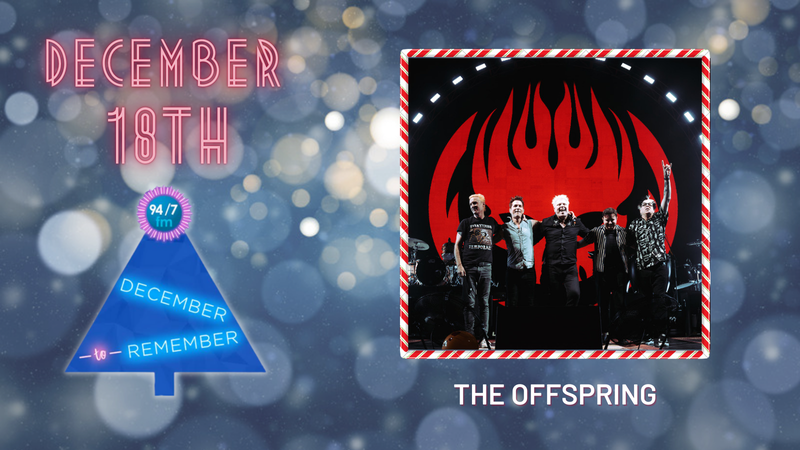 Legends and innovators of the Southern California punk scene, The Offspring have seen massive global success. Singer Dexter Holland, guitarist Noodles, drummer Pete Parada and bassist Todd Morse. The story began when their punk pop sound became a popular sensation in 1994. The Offspring released their self-titled debut album in 1989. Four years later, their 2nd album, Ignition, became an underground hit, setting the stage for the huge success of their 3rd album 1994's Smash which paved the way to radio success. The Offspring were played on both alternative and album rock stations, confirming their broad-based appeal. The band’s music has had a lasting impact across film, television, and gaming and continues to make its mark on pop culture today.