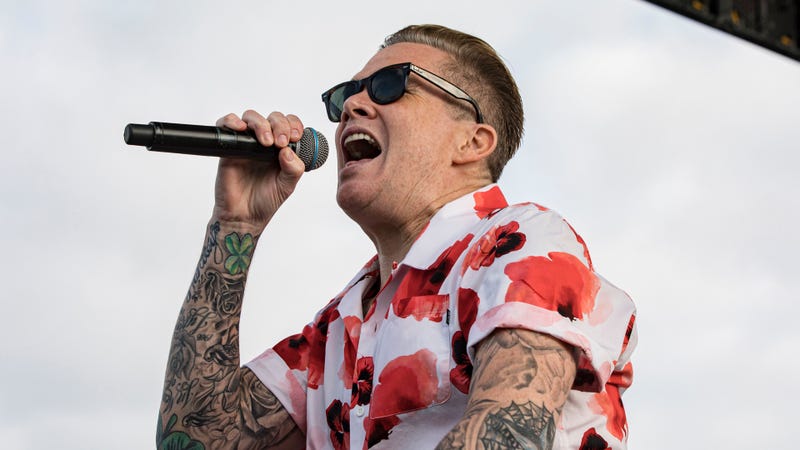 BeachLife Festival washed over Redondo Beach, California over the weekend, as some of your favorite Alternative artists and bands stopped by to chat with Audacy’s Nicole Alvarez all about the incredible experience.

There to bring the good times with his band Sugar Ray, Mark McGrath aka the Rock & Roll Jeopardy! champ took some time to talk with Nicole about the skills it took to become the reigning trivia champ that boil down to his love of music.

“If you’re gonna mess with me, you gotta know the Rock & Roll Hall of Fame, you got Hip Hop, Punk Rock, Blues, you gotta bit of everything So there’s people that specialize in genres, but they’re not good at everything — that’s where you lose.” Nicole, claiming to be “good at everything,” and wanting to take Mark down, was asked by McGrath — “give me all five members of NWA.” Which Alvarez did not know, and therefore admitted defeat.

What it comes down to is Mark’s love of music, “I’m such a fan of music," Mark said, noting he heard Magic on stage, "The Record Company are here today, Matisyahu, Smashing Pumpkins… I love music. And I still feel like a guy who got a backstage pass in 1994, when we signed our record deal, so happy and I protect with my life, and I’m so happy to be here talking to you. I’m about to perform in front of 10,000 people at BeachLife…”

Being the music loving man that he is, Nicole proceeded to inquire on the topic. When asked what band was his gateway drug into music, Mark admitted that “a little band called the Sex Pistols” affected him “in a radical way.”

“Obviously the music of Sugar Ray doesn’t sound like the Sex Pistols… but the spirit was there." Noting he even named his son Lydon after the bands lead vocalist John Lydon, asserting he “owes that band an incredible debt."

As for the best concert he’s every been too, after admitting “ahhh, that’s a tough one,” Mark answered, “Zodiac Mind Warp & The Love Reaction… I saw them at Coach House, a little venue in Orange County. They were like a psychedelic, they were called a Grebo band, and they were like metal and a biker band and they were like amazing… like cartoon characters come to life at a sleepy beach venue… that blew my mind.”

But then again, Mark added, “I’m gonna mix it up, U2, Sports Arena, 1987, I know I’m dating myself, The Unforgettable Fire,” he said noting it actually might have been 1985. “I got scammed… paid $100 for an $8 ticket, and had the worst seat in the house, my back was against the top row of the arena, and it was the best concert I’ve ever seen.” Wondering why, well Mark said, “because Bono is such a star, he made everyone feel like we were in the front row. And that’s showmanship right there, and of he had the U2 catalog to back it up.”

As for his fave Sugar Ray show ever, for him it has to be in “1999,” which as he noted was a very good year for Sugar Ray. “We opened for The Rolling Stones in Las Vegas. It’s April of ’99, we open for The Rolling Stones… now playing for their crowd is like opening up for Metallica, they’re not looking for the opening band, y’know what I’m saying?”

Satisfied with whatever little reaction they received from the crowd, Mark was closing out their set with an intro to “Every Morning,” which at the time was number one, McGrath recalled he said, “thank you so much for having us, I can’t imagine it getting any…hold on a second, over there by the monitor booth, Mick and Keith are staring at us right now, it just got a whole lot better Vegas!” Looking back now, Mark shared, “it was such a glorious moment… it gives me goosebumps right now thinking about it.”

Still performing 20 something years later, Mark is even more grateful for every moment he gets to spend onstage, which obviously includes being part of BeachLife and it’s thought out and “curated lineup.”

“If you grew up on KROQ, which we obviously all were, then this festival is perfect… it feels natural it feels like family… and that fact the Sugar Ray gets to play here, it gives me goosebumps again."

For all that and more listen to Mark’s entire electric interview above.

For the music that took the '90s by storm! Listen to My Friends Rock on Audacy now