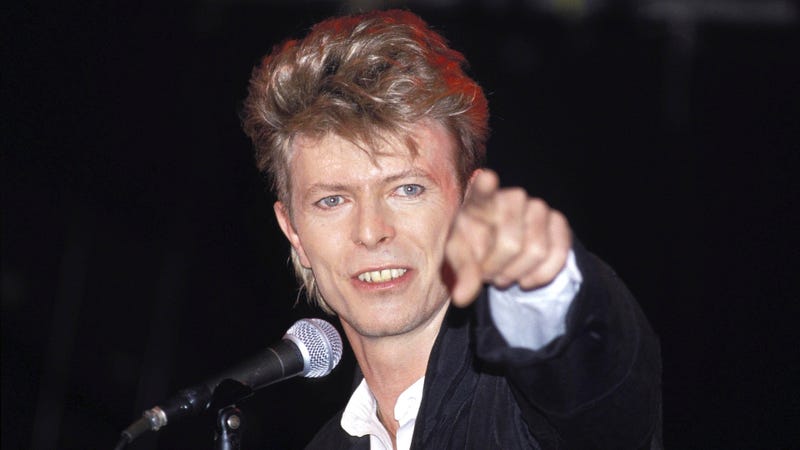 When shopping for your next Barbie doll, consider David Bowie.

Toymakers Mattel announced a new collectible Barbie doll that pays tribute to the late David Bowie. The doll models the look Bowie had in the iconic “Life On Mars?” music video as it centers around the dashing powder-blue suit he wore. Also included is a foil-printed pin-stripe shirt, statement tie, and platform shoes. Barbie’s hairstyle and blue eyeshadow are inspired by Bowie’s glam look from the ‘70s.

"It's a tribute to Bowie – his outfit, his makeup, his features – to emulate his essence and make sure it looked like Barbie, but as Bowie," designer Linda Kyaw-Merschon said in a statement. You can find out more information and purchase the doll here.

2ND BARBIE AS BOWIE AVAILABLE NOW “As I ask her to focus on...” Toymakers Mattel have announced a second collectable...

A few months ago, director Brett Morgen announced that he was creating "an immersive cinematic experience" surrounding the life and music of the late David Bowie.

The film is the first to be fully authorized by the Bowie estate as the title, Moonage Daydream, is taken from his legendary record The Rise and Fall of Ziggy Stardust and the Spiders from Mars. Fans can catch the "feature-length experiential cinematic odyssey" in theaters and IMAX later in the year, while cable and streaming options will be added in 2023.