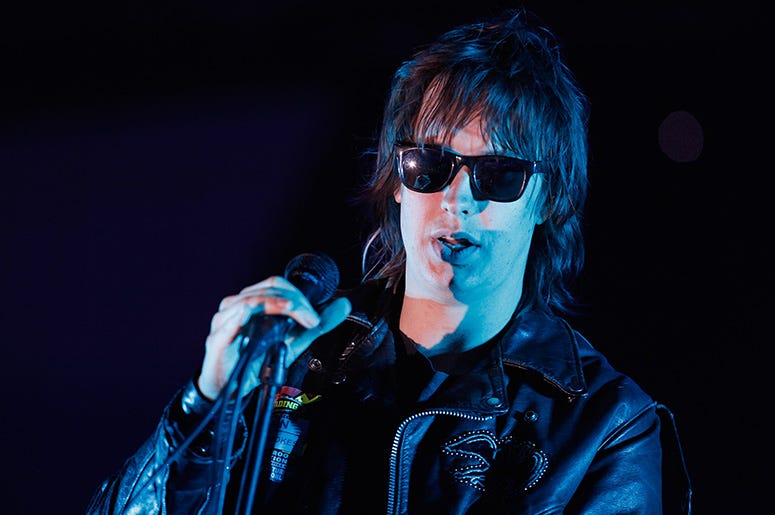 Julian Casablancas expressed extreme antipathy towards playing some of the hits that cemented The Strokes legacy as rock’s last great band.

“I couldn’t care less about playing ‘Last Nite,’” the group’s lead singer told UK publication The Times in a recent interview. He says his jaded view stems from years of music industry repetition and the downfall of minor dreams. “When you’re growing up and imagining playing music, it is for the excitement, but the one aspect of doing it for a living that is a sadness you don’t anticipate is that you play songs so much, you become sick of them,” he said.

The Strokes last live performance came on New Year’s Eve 2020 in Brooklyn, where Casablancas juiced audience members to believe there would be new music on the way. They delivered on that promise with April’s The New Abnormal. But they continued playing classics and it began to weigh heavily on Julian’s creative integrity. “We hadn’t played for a while, so it was still fun, but when you start playing 30 or 40 shows, the music doesn’t move you. You feel phoney. To some extent, that’s why I play with Voidz,” he admitted.

“Really, it’s similar to listening to a song. I get sick of songs quickly. Even Beethoven’s ‘Moonlight Sonata.’ You listen to that enough, you will get sick of it.”

As 2020 comes to an end, The Strokes continue expanding their musical boundaries with a cyber psychedelic music video for “Ode to the Mets,” and a performance on Saturday Night Live last week, where they played “The Adults Are Talking” from The New Abnormal.