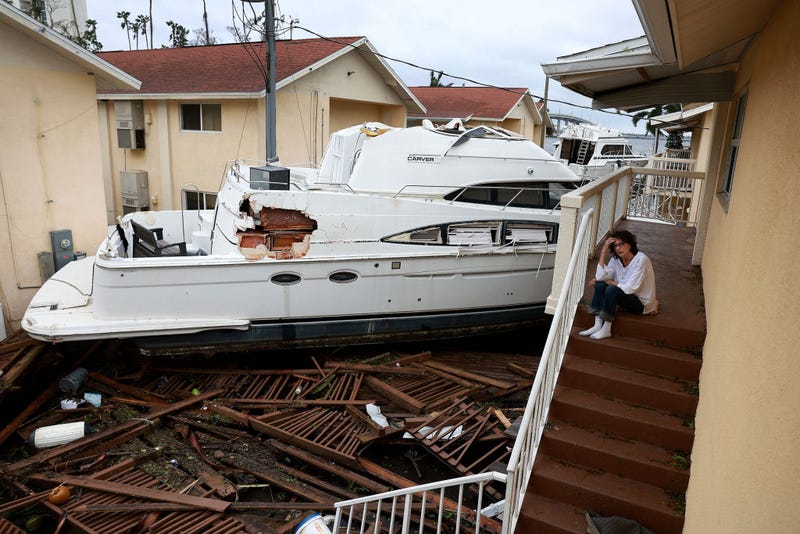 Brenda Brennan sits next to a boat that pushed against her apartment when Hurricane Ian passed through the area on September 29, 2022 in Fort Myers, Florida. Photo credit Getty Images | Joe Raedle/Staff
By Mark Menard

“You haven’t gotten the help in a timely way.”

That was President Joe Biden’s assessment as he spoke in Ponce, Puerto Rico, Monday afternoon, addressing a population that is only just seeing federal dollars meant to make them whole from a storm that impacted the island five years ago and is now reeling from two more massive weather events in the past few months.

“We came here in person to show that we’re with you. All of America is with you,” Biden told the island’s residents who often bristle at having American citizen status but without any meaningful government representation at the federal level.

“I’m committed to this island,” the President added.

Biden touted the allocation of $60 million from last year’s bipartisan infrastructure bill that is headed to Puerto Rico and said he is “confident” that the U.S. will extend the disaster declaration for Puerto Rico and cover 100% of debris removal costs, among other assistance – requests that were made by Puerto Rico Gov. Pedro Pierluisi.

“We have to ensure when the next hurricane hits Puerto Rico, we are ready,” Biden said, pointing out that the infrastructure bill money is earmarked for building up the island’s defense to prevent catastrophic effects from future storms, including shoring up levees, strengthening flood walls and creating a flood warning system.

“We are not leaving here as long as I am President until everything – I mean this sincerely – until every single thing we can do is done,” Biden said. 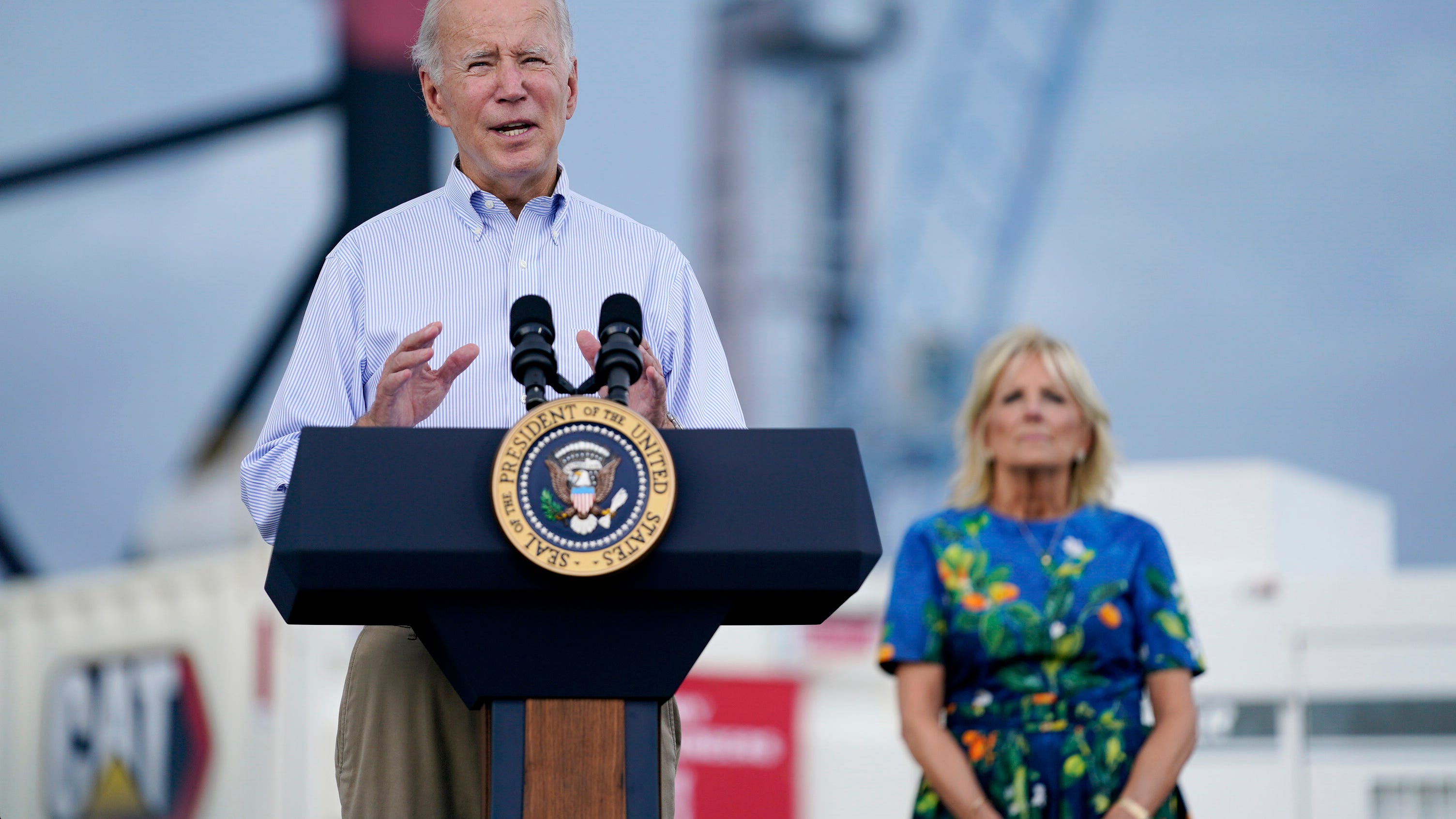 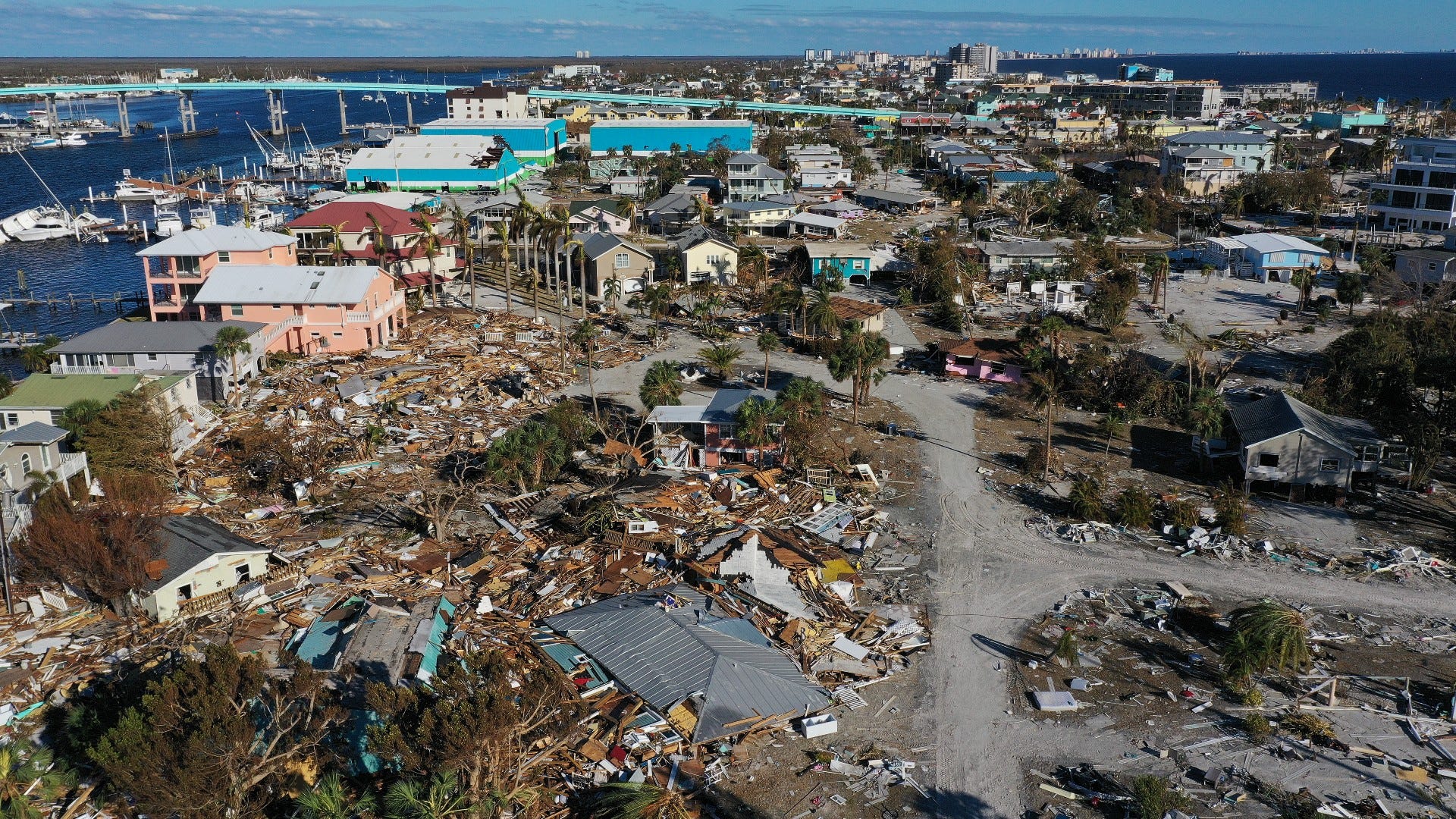