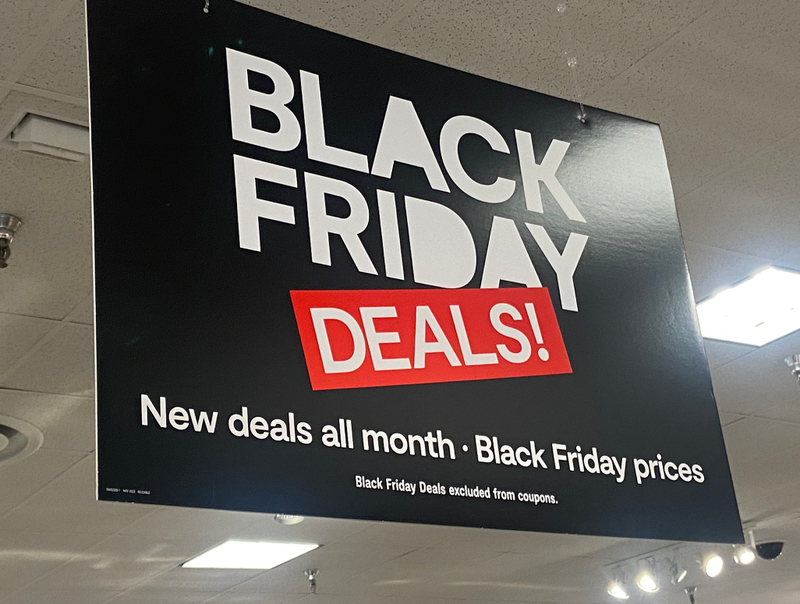 The California Highway Patrol Organized Retail Crime Task Force is increasing its presence at shopping centers throughout the state and working with local law enforcement agencies to make arrests and heighten visibility.

Since the inception of the task force, the CHP has been involved in 1,296 investigations, the arrest of 645 suspects, and the recovery of 271,697 items of stolen retail merchandise valued at nearly $26 million, Newsom said.

"Californians deserve to feel safe especially as they head to stores this holiday season," Newsom said.
"We've doubled down on our efforts to combat crime with millions of dollars to deter, arrest and successfully prosecute criminals involved in organized retail theft.

According to an annual survey released Nov.
17 by the National Retail Federation and Prosper Insights & Analytics, an estimated 166.3 million people are planning to shop from Thanksgiving Day through Cyber Monday, almost 8 million more people than last year and the highest estimate since the federation began tracking the data in 2017.

"While there is much speculation about inflation's impact on consumer behavior, our data tells us that this Thanksgiving holiday weekend will see robust store traffic with a record number of shoppers taking advantage of value pricing," said Matthew Shay, the president and CEO of the National Retail Federation, the world's largest retail trade association.

"We are optimistic that retail sales will remain strong in the weeks ahead, and retailers are ready to meet consumers however they want to shop with great products at prices they want to pay."

People are out in search of the best deal on this #BlackFriday. The GM of #JCPenney at #GlendaleGalleria tells KNX that many early shoppers were looking for clothes this year. @knxnews pic.twitter.com/kgVhuxHY46

According to the survey, 69% of holiday shoppers plan to shop during Thanksgiving weekend. The top reasons consumers plan to shop are because the deals are too good to pass up (59%), because of tradition (27%) or because it is something to do (22%) over the holiday.

"While consumers continue to save the bulk of their holiday shopping for later in November and December, some of that spending has shifted into October," said Phil Rist, the executive vice president of strategy of Prosper, a consumer intent data firm.

"This year, 18% of holiday shoppers have completed at least half of their holiday shopping. While this is on par with last year, it is up from only 11% a decade ago."

The survey found that clothing continued to top the list of what people plan to buy during Christmas shopping at 55%, followed by gift cards (45%), toys (37%), books/music/movies/video games (33%) and food/candy (31%).

Legos were again the top toy shoppers planned to buy for boys, followed by Hot Wheels, up one spot from last year, and cars and trucks, down one spot. PlayStation and video games were again fourth and fifth. PokÃ©mon was sixth, up four spots from 2021.

The top four on the girls' list was identical to a year ago -- Barbie dolls, any doll, LOL Surprise! dolls and Legos. Makeup and Squishmallows plush toys were fifth and sixth after not being on last year's top 10. American Girl dolls and apparel tied for seventh.

The survey of 7,719 adult consumers was conducted November 1-8 and has a margin of error of plus or minus 1.1 percentage points.

Last Chance for Animals will conduct its 36th annual Black Friday Fur- Free Friday protest in Beverly Hills, seeking to raise awareness and educate retailers and shoppers on the horrors of the fur trade. The protest will also include a celebration of California's ban of the sale of fur products, which goes into effect Jan. 1.

Black Friday is also the 31st annual "Buy Nothing Day," billed as "a 24-hour moratorium on consumer spending" to "disentangle your mind from the compulsion to buy, the addiction that is wreaking more havoc than ever on our natural and mental environments," according to Adbusters, which conceived the day.

Suggested "Buy Nothing Day" activities include setting up a table with a pair of scissors at a shopping mall to offer passers-by the opportunity to cut up their credit cards and organizing a group to push "empty shopping carts around in a long, inexplicable conga line without ever buying anything."