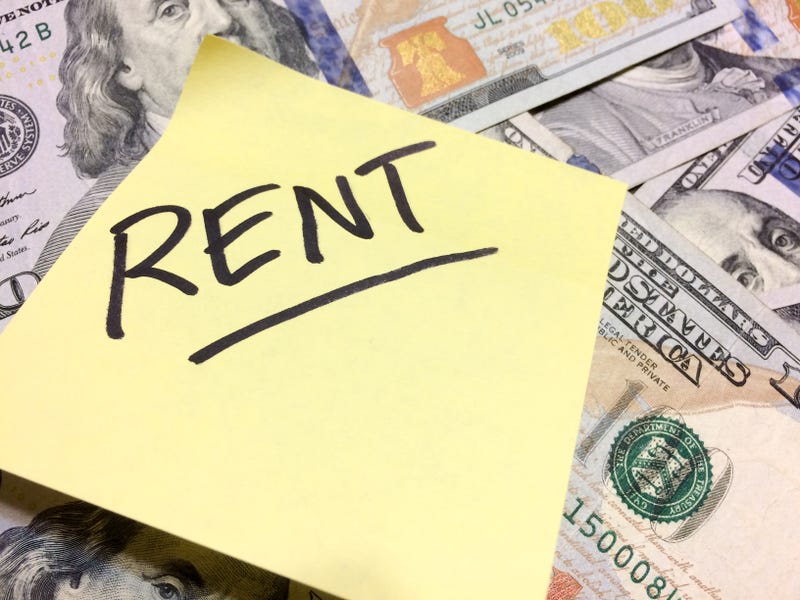 A UCLA-USC survey revealed nearly half of Los Angeles County tenants owe back rent. That amounts to upwards of $3 billion in back rent.

The survey found the median amount renters owe their landlords is $2,800.

Richard Green of the USC Lusk Center for Real Estate is one of the study’s co-authors. He told KNX the numbers show how deeply renters were affected by COVID-19.

“It was disproportionately renters who were thrown out of work. While a lot of federal programs helped getting a check to people -- and we found out it really did matter a lot -- it wasn’t enough,” he said.

Green said the good news is that there are state and federal rental assistance programs. But he said it does nothing for the people who used a credit card to pay their rent running up thousands of dollars in new debt.

The data show that many tenants owe money to people or businesses other than their landlords. The researchers suggested those new debts may have accrued because people were so worried about housing security they would put any money they had toward rent.

The solution suggested by the report is one often advocated by economists as the best, easiest way to help people in financial difficulties: give them money.

By giving cash directly to tenants who are facing financial stress caused by the pandemic, tenants can pay the money to whoever is owed whether it be a landlord or a different creditor.

Critics have expressed concern that the money should go to the landlord instead.

“Programs where the government pays a landlord are sometimes justified as ways to prevent fraud or misuse,”  Michael Manville said. Manville is a co-author of the study and an associate professor at the UCLA Luskin School of Public Affairs.

“And we should certainly be concerned about fraud. But we need to weigh those concerns against the possibility that an overly cautious program will deny needed assistance to some people who are in real financial trouble.”

Existing rental assistance programs generally require both landlords and tenants to agree to participate, according to the study. Then, the state or city will pay landlords on behalf of the tenants. Landlords can opt into California’s Housing is Key rental relief program and even receive rent after a tenant has moved out. But that level of flexibility is not presented to renters.

The study's authors said there is a simple way to prevent fraud: ask for proof of debt or lost income.

Other key findings of the survey included that a little over 15 percent of tenants who were behind on their rent payments in 2020 were threatened with eviction. In the 2021 survey, that figure jumped to 25 percent.

There is currently an eviction moratorium in place in L.A. County, meaning tenants can be threatened with evictions, but the court should not act until the moratorium ends.