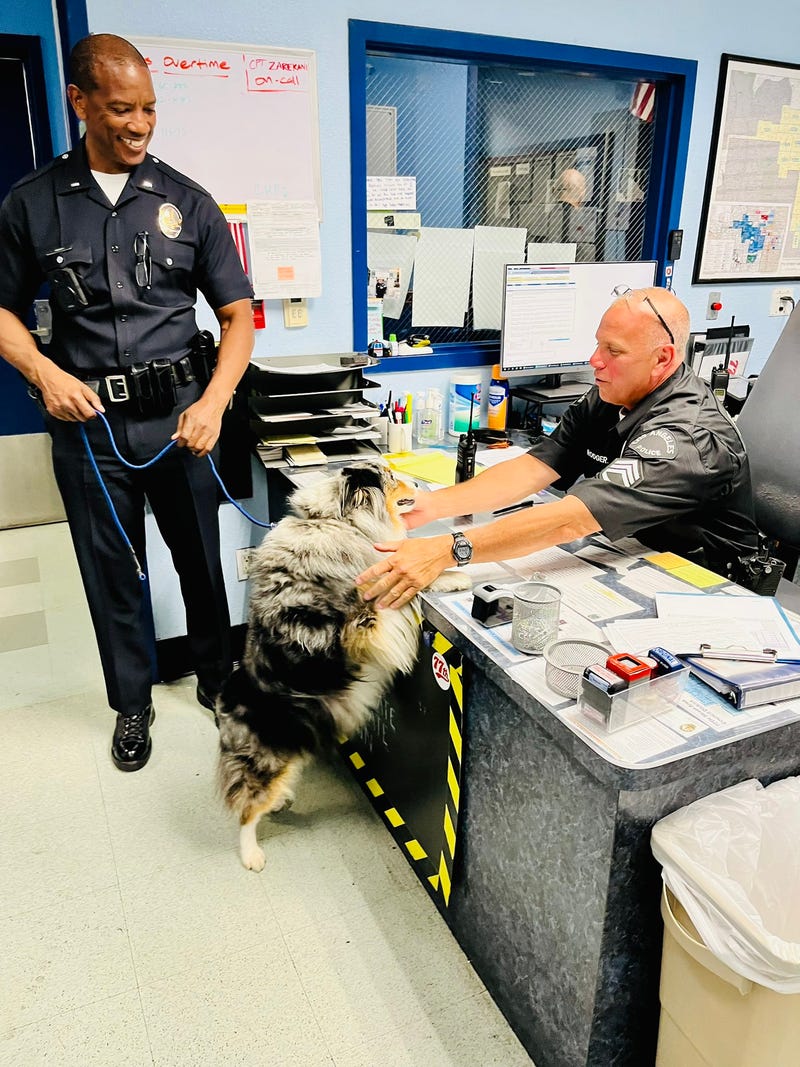 LOS ANGELES (KNX) — A nurse from Florida reunited with her stolen dog and camper Monday night after someone stole both of her precious possessions during her shift over the weekend in Los Feliz.

Gray's 6-year-old Australian Shepherd Bexley was in the trailer when someone stole it. Gray said she was inside Children's Hospital Los Angeles working an overnight shift — important, life-saving work. 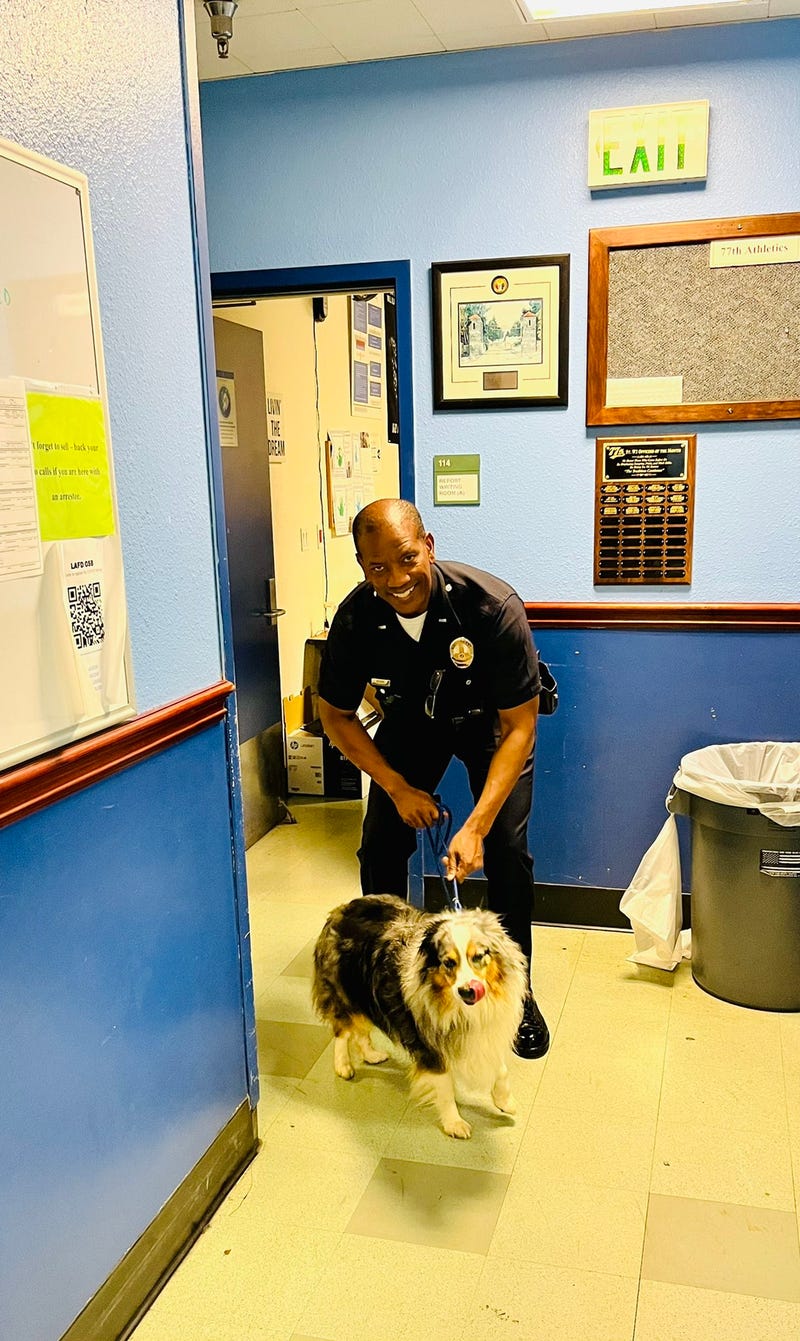 Police towed the trailer back to the station late Monday, where Bexley kept the watch commander and other officers smiling, awaiting his reunion with Gray.

Investigators did not provide any information on a suspect or motive. It's unclear if the thieves stole any of Gray's belongings, but fortunately, Bexley was not! 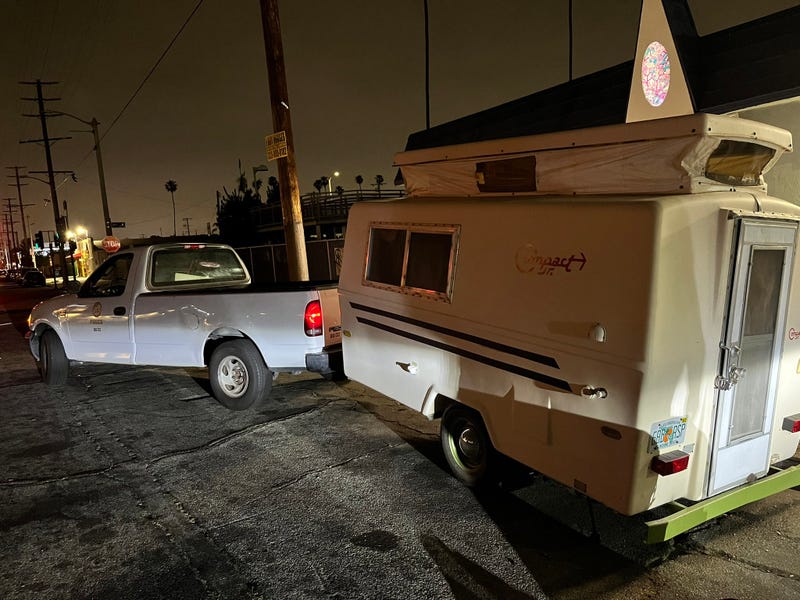 Police towed nurse Mason Gray's stolen camper back to their station so she could reclaim it. Photo credit Pete Demetriou/KNX 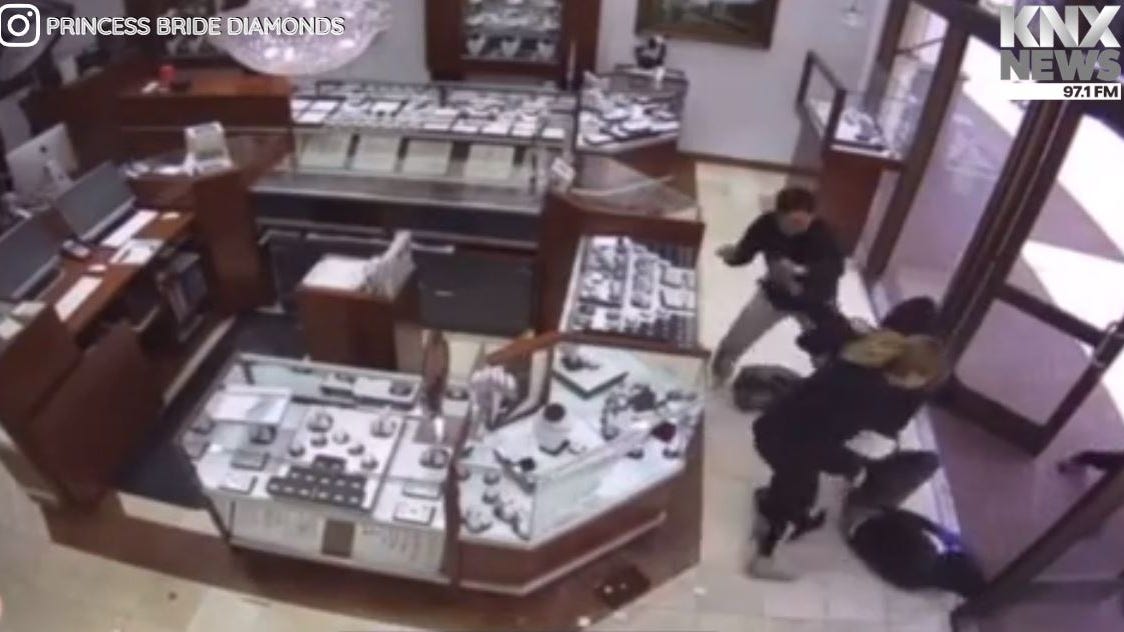 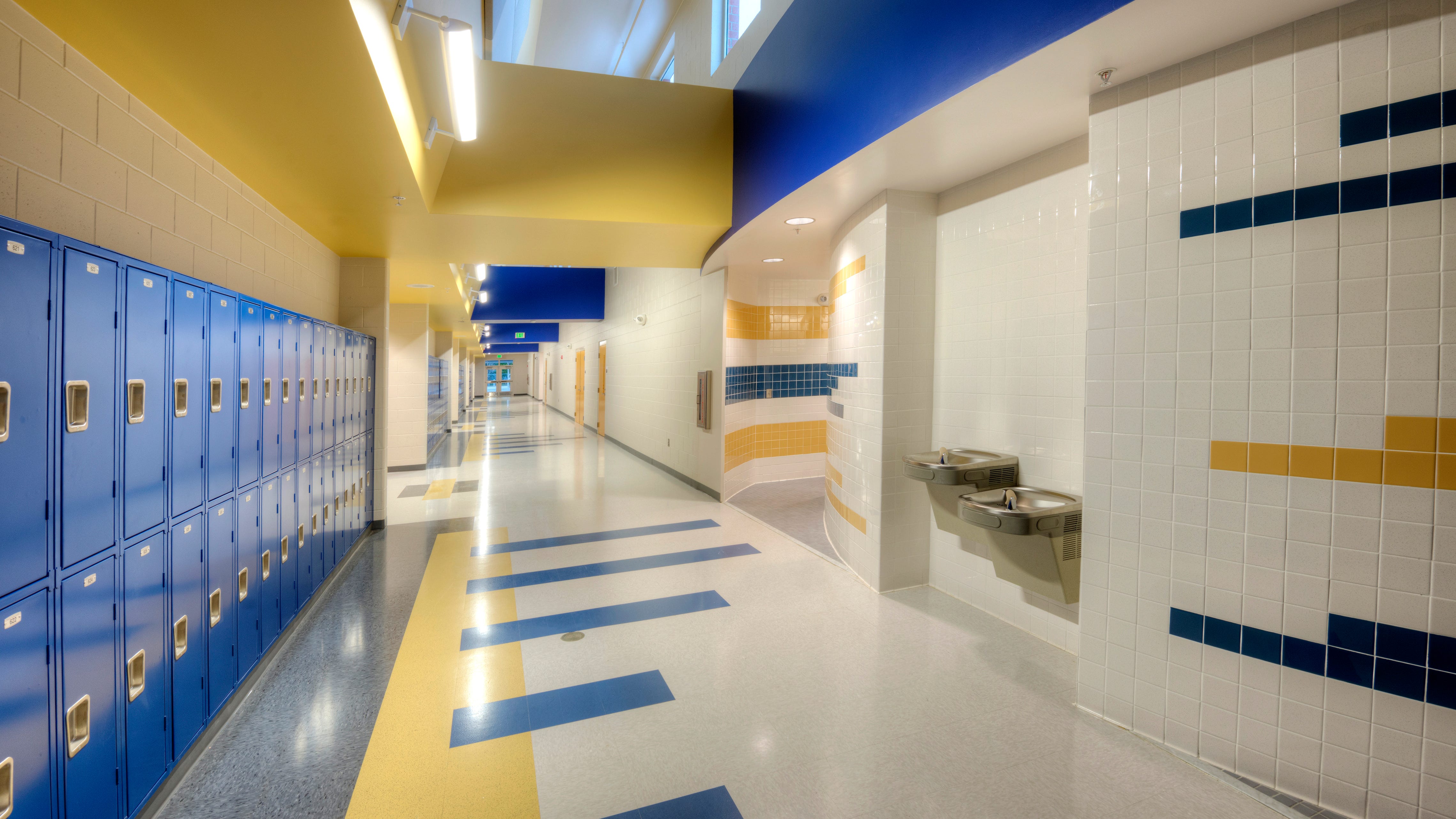