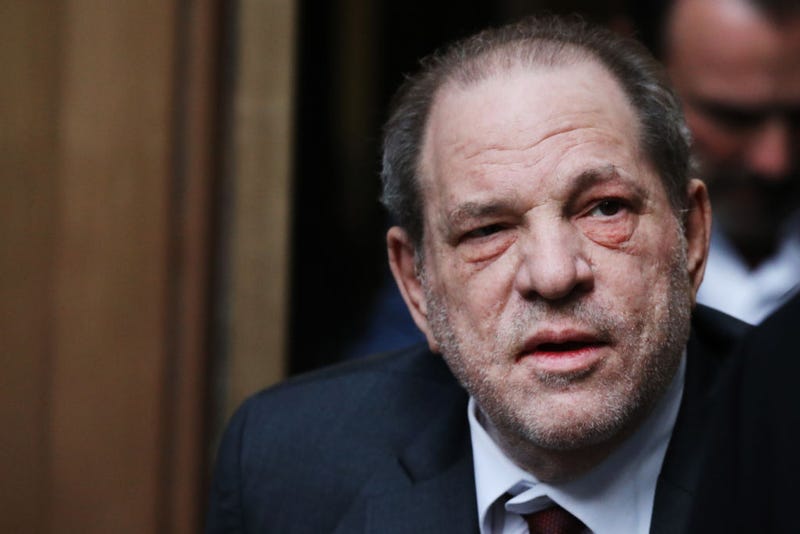 Harvey Weinstein exits a Manhattan court house as a jury continues with deliberations in his trial on February 20, 2020 in New York City. Weinstein, pleaded not guilty to 11 counts of sexual assault in a Los Angeles courtroom on Wednesday. (Photo by Spencer Platt/Getty Images)
By KNX 1070 Newsradio

The charges stem from allegations from five women, who allege the incidents occurred between 2004 and 2013. The women, all aspiring actresses and models, say Weinstein assaulted them at hotels in West LA and in Beverly Hills.

Weinstein’s attorney Mark Werksman made it very clear what his client thinks of the charges.

“He absolutely, unequivocally and categorically denies the allegations in this indictment," Werksman said of Weinstein.

Werksman said three of the 11 counts against Weinstein should be dismissed based on the statute of limitations.

The attorney for #HarveyWeinstein says the charges are baseless, and involve allegations that are very very old. And that they look forward to their day in court. He says they’re trying to get 3 counts dismissed based on the statute of limitations. @KNX1070 pic.twitter.com/fBfJQQz7Ja

Weinstein, 69, was extradited to Los Angeles from New York on Tuesday to face the new sexual assault counts, including rape, forcible oral copulation, and sexual battery by restraint and sexual penetration by use of force.

Werksman had fought the extradition, arguing that Weinstein needed lengthy medical treatment to save his eyesight. LA prosecutors countered that Weinstein can get medical care here instead and a judge agreed.

He is currently serving a 23-year prison sentence and is appealing his 2020 conviction that he raped an aspiring actress in 2013 in a Manhattan hotel room and forcibly performed oral sex on TV and film production assistant in 2006 at his Manhattan apartment.

The case is due back in court on July 29. Weinstein faces up to 140 years to life in state prison if convicted as charged on the California charges, according to the District Attorney's Office.