There is not a single thing about the split between James Bradberry and the Giants that ended up in New York’s favor.

And one former high-ranking NFL executive can’t believe the situation was bungled so badly.

The cap-strapped Giants cut the Pro Bowl cornerback this offseason to clear space. They apparently had attempted to trade him and had some legitimate offers on the table, but a deal never was pushed through.

Left with no other option, the Giants cut Bradberry, and he went just down the highway to a division rival, signing with the Philadelphia Eagles. Now, the Giants will have to face him twice a year.

Appearing Friday on SportsRadio 94WIP, Andrew Brandt criticized the Giants for all their missteps.

“Couple things to unpack here,” Brandt said on "Angelo Cataldi and the Morning Team". “First, if there were 11 teams, as Adam Schefter reported, that were after this player once he got released, it's hard for me to fathom that they couldn’t get even a low-round pick. Just to get him somewhere that’s not down the road in Philadelphia, or just to get him to a team they’re not going to play twice a year, whatever it may be.

“Now, you could say none of these teams wanted to fit in that cap (hit). But hey, you do what Howie (Roseman) did, you work out a deal along with the trade. This happens all the time where players are traded for what I amount to a ham sandwich trade just to keep him away from other teams. …

“The Giants have done some mismanagement. You have big numbers for Kenny Golladay who didn’t produce, Adoree’ Jackson didn’t produce, other players that they moved on from – this is a problem. You get a team like this that is so cap-strapped, so up against it, and you get a negotiating GM like Howie Roseman, that’s not a winning situation for the Giants. They lost.”

Roseman and the Eagles have been big winners this offseason, and now figure to be either the top team or just behind the Dallas Cowboys in the NFC East. 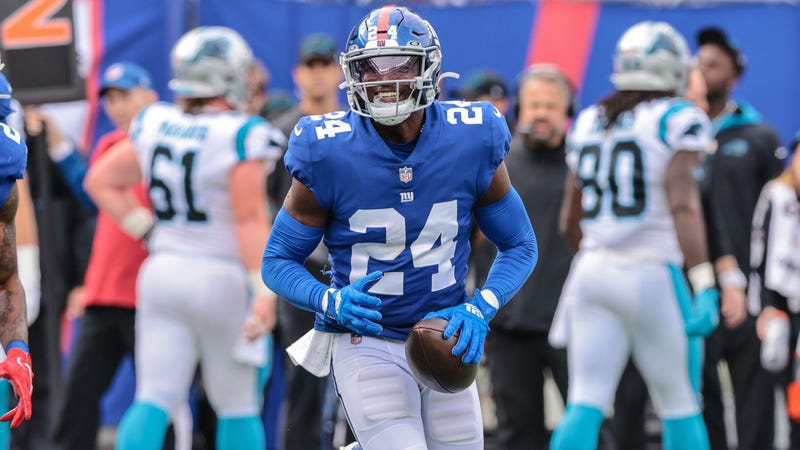