The Philadelphia Eagles have had some of the game's greatest running quarterbacks ever. On Sunday night, against the Packers, Jalen Hurts set a new Eagles single-game rushing record for a quarterback with 157 yards.

Donovan McNabb, who knows a thing or two about running as a QB, spoke about Hurts' ability to run the ball on Monday's Jon Marks & Ike Reese Show.

"Well, you hit it right on the head, he's not running recklessly where he puts himself in harms way," McNabb said of Hurts. "He took one shot where he tried to slow down and get down, but the defender was on his back which kind of crunched him a little bit, which I was a little worried about. But I think of what we've seen so far he's truly protected and tried to preserve himself, obviously, from avoiding injury. But they're not running him as much as you would think. Some are designed runs, which I think they were about six designed runs [against Green Bay], the rest were just reads. I love the way our balanced attack has continued to improve each and every week, which again we can't discredit the passing game and how efficient he's been in the passing game."

McNabb is second in Eagles history among quarterbacks with 3,249 rushing yards, behind only Randall Cunningham (4,482 rushing yards). Hurts, in just his second full season as an NFL starting QB, already has racked up 1,735 rushing yards, less than 300 yards behind Michael Vick (1,998). 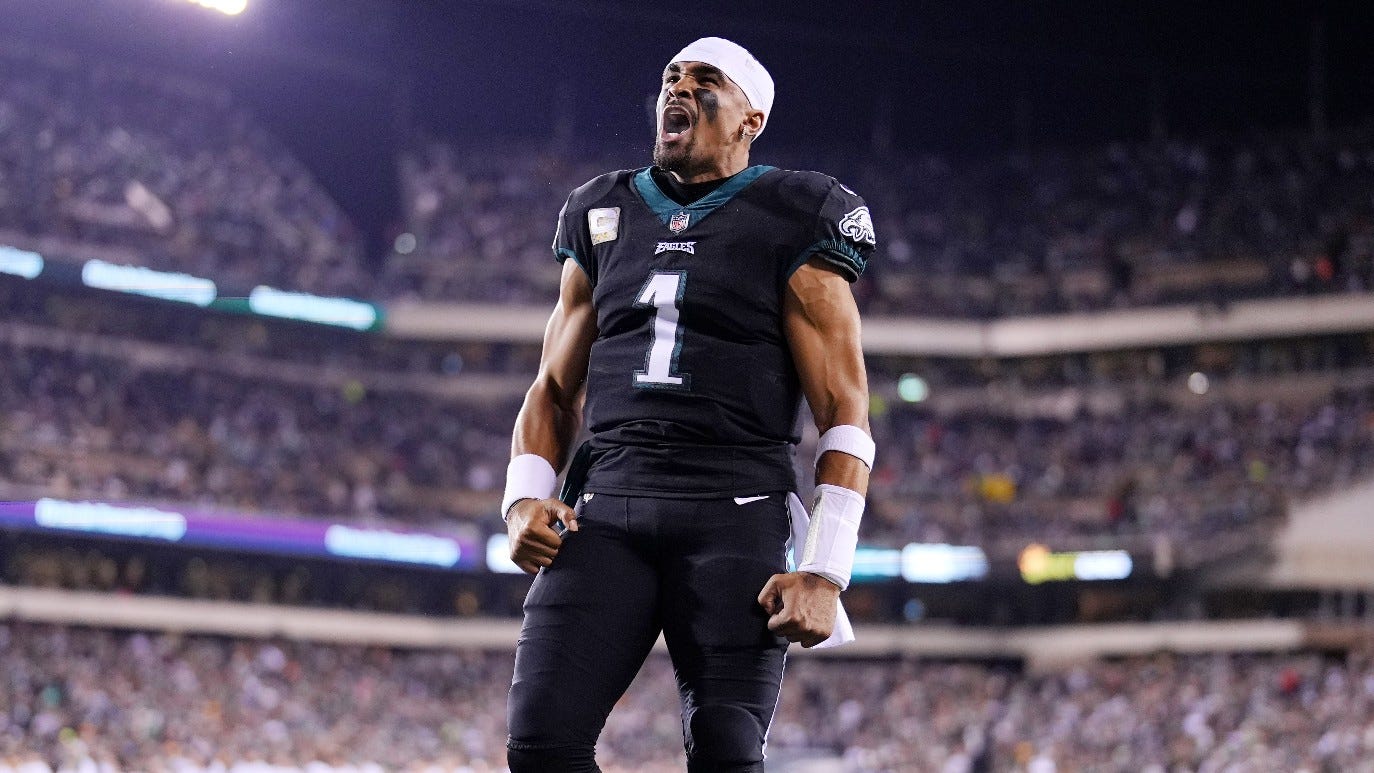 Hurts' 21 rushing touchdowns trails only McNabb (28) and Cunningham (32) in Eagles history, despite playing just 41 games compared to McNabb's 148 and Cunningham's 122.

If we take games played into account and look at rushing yards per game among Eagles quarterbacks, Hurts is the leader.

Over his 13-year career, McNabb rushed for 100-yards four times, including one time in the playoffs. Hurts already has two 100-yard rushing games on his resume.