The undefeated dream is over in Philadelphia, and things are starting to feel like we’re getting back to normal.

Defense has a tough night? Let’s fire the defensive coordinator! Middling quarterback makes a few clutch throws? Call for more blitzes! Blame lies at the feet of the defense after Monday night’s debacle vs. the Commanders, but that blame is severely misplaced.

The offense, not the defense, cost the Eagles a division battle vs. Washington.

The Eagles turned the ball over four times on Monday. Even if you want to lower the number to three (the last play of the game was just silly and didn’t impact the outcome), it’s egregious. So far this season, NFL teams are 4-36 when turning the ball over at least three times. Blame the loss on A.J. Brown, Quez Watkins and Dallas Goedert. Blame it the three-and-out before the end of the half. Blame time of possession on the offense’s inability to stay on the field. And let’s not forget the final three possessions after the deficit was cut to 23-21: Turnover, turnover, punt.

Yes, the defense needs to be better on third down and get off the field. But the bigger issue in Week 10 was the offense. And my bigger concern as the Eagles try to navigate a potentially tough part of the schedule over the next six weeks is the side of the ball that’s supposed to be the strength of the team. 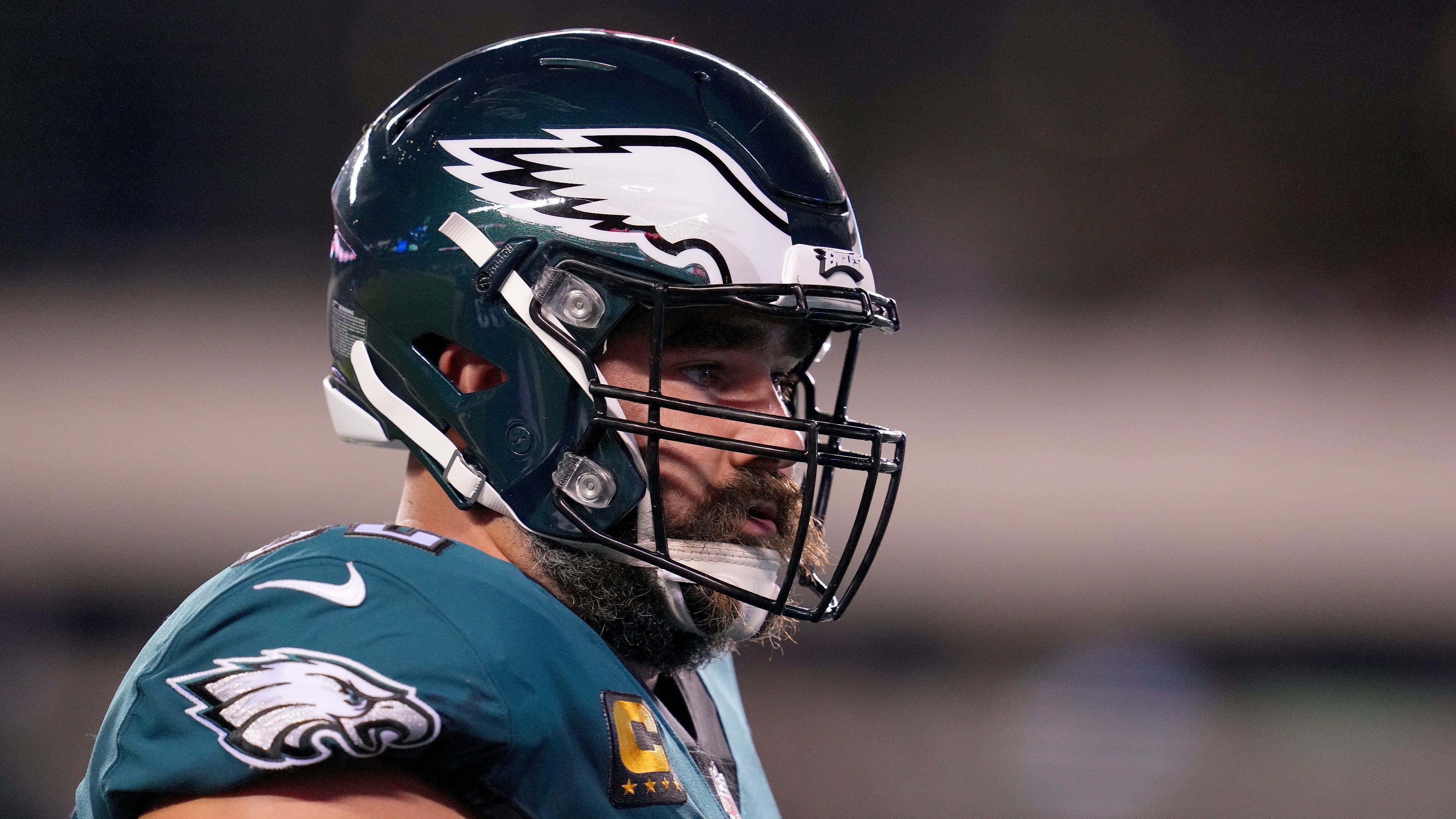 Jason Kelce, Marcus Hayes argue over the importance of the missed facemask

The NFL is an offensive league. Expecting (or hoping) for a defense to allow less than 20 points per game every single week is unfair and unreasonable. After a tough Week 1 in Detroit, the Eagles allowed just slightly over two touchdowns per game for a two-month stretch until allowing 26 vs. the Commanders. The game was there for the Eagles offense to take. It couldn’t, despite having an MVP candidate at quarterback, the league’s best offensive line and dynamic weapons.

Now adversity has arrived, and the issues are acute on the offensive side of the ball. Yes, the Eagles miss Jordan Davis. They will until his return. Prior to the season, I named the rookie as the most important player on the defense because his unique skill set would allow defensive coordinator Jonathan Gannon to play a light box, control the run and allocate more defenders into pass coverage. That formula is now in flux. But Davis will be back, as will Avonte Maddox. This defense will be fine and keep the team in the game thanks to one of the best secondaries in the league. Don’t expect many weeks of the opponent in the upper 20s or low 30s on the scoreboard.

The offense will need to find more answers, quickly. Dallas Goedert is as close to an irreplaceable player as you’ll find on the Eagles. His ability to be a dynamic blocker makes the run game better, and we all know how good he is as a big-play pass catcher. Do the Eagles simply plug-and-play tight end depth? Or are we looking at more three and four-wide receiver sets involving Zach Pascal and/or Quez Watkins? The offense could look far different for an extended period.

Adding to the uncertainty: A.J. Brown got banged up, and was basically invisible after rolling his ankle vs. the Commanders. He seems determined to toughen it out, but we’re talking about a player that’s been hampered by nagging injuries that have rendered him quiet during spurts of his young career. If Brown is hobbled and Goedert is gone for more than four weeks, what does this offense look like? Is it far different than the 2021 version when it comes to answers in the drop back passing game?

The secret weapon could become Jalen Hurts’ legs, which have notably gone absent from the game plan in the last month. Over the first five games of the season, Hurts averaged 53.2 yards per game on the ground. In the four games since, he’s run for just 22 per game. Was the change by design? Has it been a product of game script? I don’t have the answer, but I can foresee plays over the next month in which Hurts scrambles become the best way for this offense to move the ball and convert key first downs.

Right now, the defense is in the crosshairs in Philadelphia. But let’s not pretend the run defense was gashed vs. the Commanders. I’d guess Gannon would sign up for only 3.2 yards per carry allowed every game the rest of the season. Washington gashed the defense only through paper cuts. It might happen again. It certainly could happen in a playoff game. But no team should lose a game holding the opponent to that few explosive runs on that many carries. 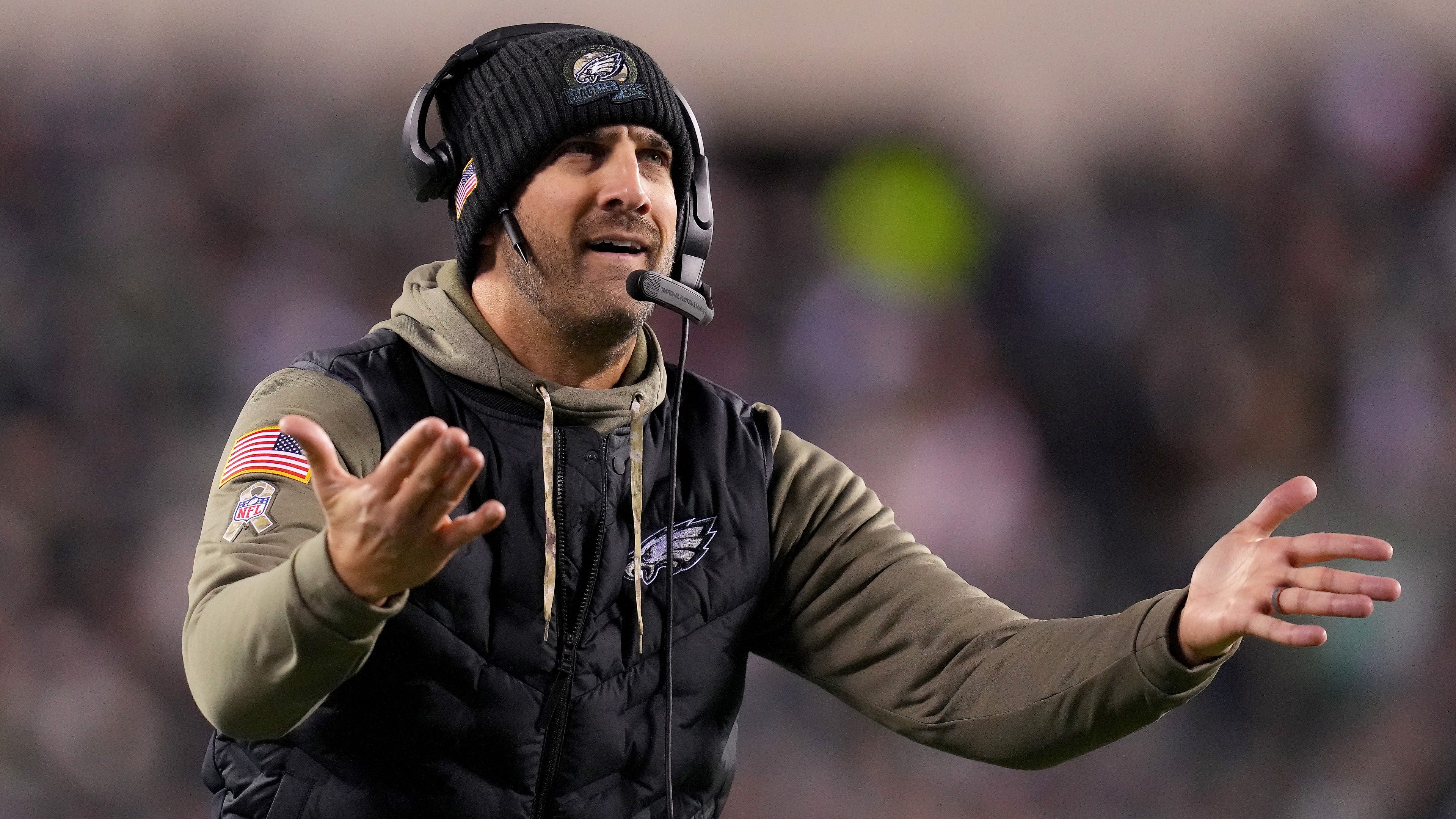 Nick Sirianni admits Eagles' blueprint is out: We have to stop the run

The Eagles will need their offense to produce at a higher, more efficient level to continue to stay atop the NFC East and in the mix for the No. 1 seed. With injuries to the team’s top two pass catchers and Hurts’ reluctance to run as much as he once did, my concern level is higher with the offense’s ability to remain a top-five unit over the next month-plus.

Worry all you want about run defense and tackling. I’ll be focused on how many points the Eagles have in their column of the scoreboard each week. If it’s not in the 26-28 range most weeks, that is the major issue to worry about.