Exactly five years ago Saturday night, the Eagles hosted the NFC Championship Game and, after spotting Minnesota a touchdown, they scored 38 straight behind Nick Foles to beat the Vikings 38-7 and clinch a berth in Super Bowl VII.

Well, on January 21, 2023, it was a round earlier and a little different start, but for the second time in five years on the same date, the Eagles advanced in the playoffs with a 38-7 win, this time over the Giants in the Divisional Round to clinch their spot in the NFC Championship Game.

“We sat for a while, so we had a lot of hunger built up. We were starving, eager for our opportunity to play,” Jalen Hurts told FOX’s Pam Oliver after the win. “They’re a division opponent and a good team, they had a lot of momentum, and we just wanted to play our best ball. We were efficient, scored early and often, and wanted to be consistent.”

Back in 2018, Patrick Robinson’s pick-six tied the game at 7-7, and then the Eagles went ham, with Nick Foles tossing three touchdowns (two to Alshon Jeffery) and LeGarrette Blount adding one on the ground.

This time, it was 28 in a row to start, as the Eagles saw Jalen Hurts toss first-quarter TDs to Dallas Goedert and DeVonta Smith, and in the second, Hurts and Boston Scott had TD runs to make it 28-0 at the half – a half that saw them score four times and punt once on five full possessions.

Matt Breida’s TD run midway through the third made it 28-7, but the Birds scored 10 on their final two drives to cement the same final score as their last home playoff win. 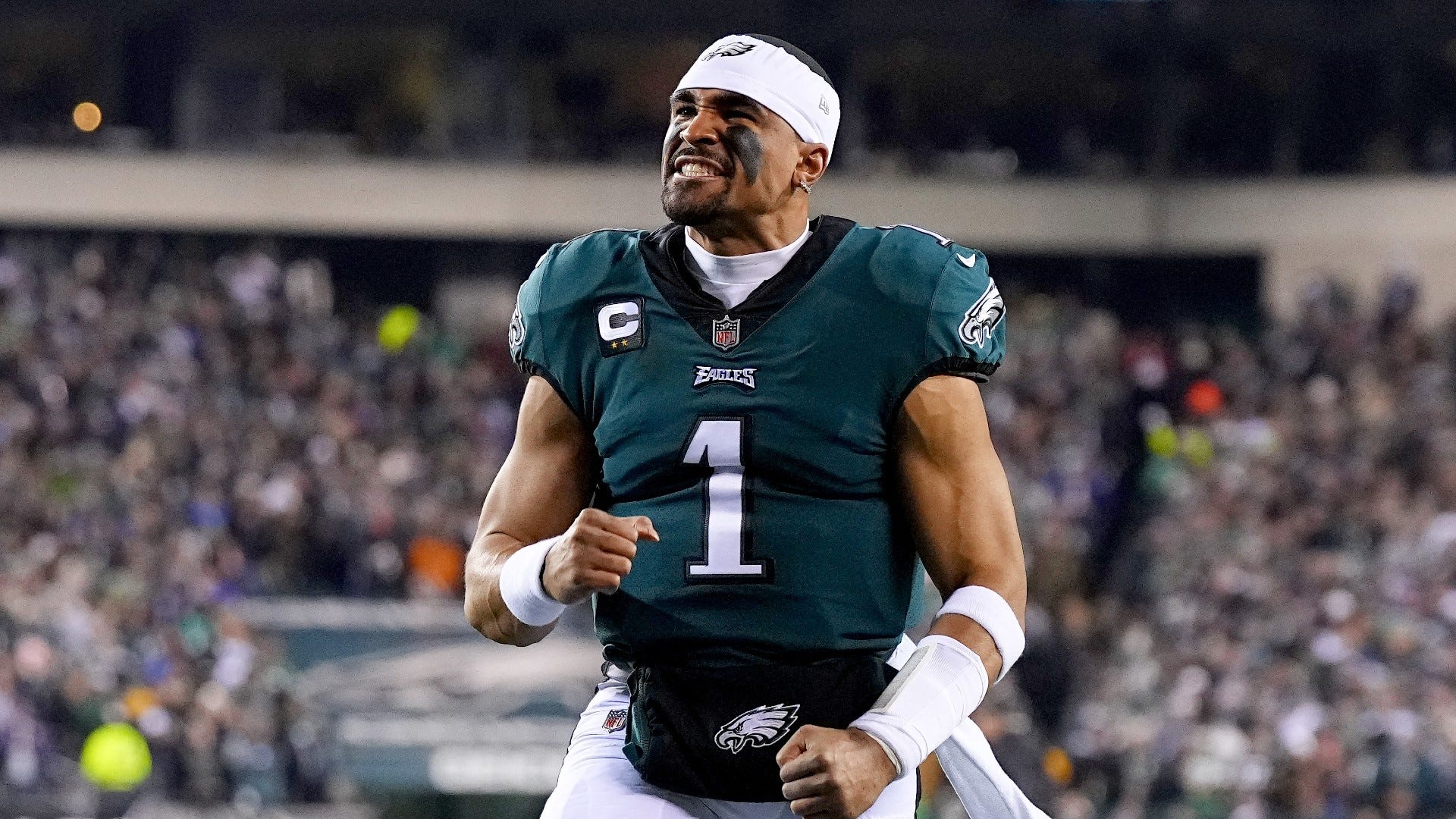 “It feels good,” said DeVonta Smith, “but we aren’t done yet.”

They did them in two different ways – that 2018 NFC Title Game saw Nick Foles throw for 352 yards, this one saw the Eagles rush for 268 and average more than six yards a carry – but both set the stage, potentially, for an epic: last time it was a Super Bowl win over Tom Brady, this time it’s a chance to host one of the two most decorated franchises in the NFC, Dallas or San Francisco, next Sunday.

“We had their defense tired all game,” said Miles Sanders. “Everybody knows what’s at stake with these games, and you just have to play your best ball – and we don’t think we’ve played our best ball yet.”