Howie Roseman and the Philadelphia Eagles selected wide receiver Jalen Reagor with the 20th overall pick in the 2020 NFL Draft, one pick ahead of Minnesota Vikings wide receiver Justin Jefferson.

The Eagles' GM talked about that mistake on Tuesday's 94WIP Morning Show.

"I think one of my many weaknesses, is that I spend more time thinking about my mistakes than I do any of the successes we may have had," Roseman told Angelo Cataldi. "I think it continuously motivates me to get better. Whenever we do something like that, I go back and I look at the process and how we came to that decision. It's obvious, I'm not going to sit here and lie, we'd love to have that moment back. I believe that all of these moments, they lead to where you're getting. Like I feel like when we won a World Championship there were some mistakes made in that process, but they lead us to get to where we want to be. I can't go back in time and change it, all I can do is to try and learn from it and get better. 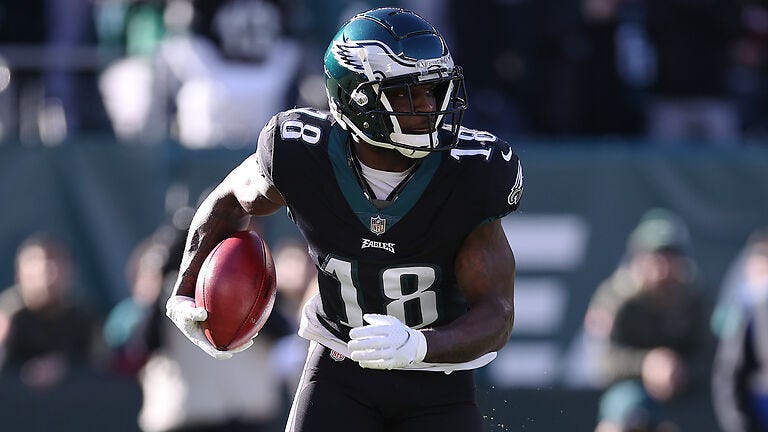 Reagor, after two underwhelming seasons in Philadelphia, has now been traded to the Vikings and will hope to find success playing alongside Jefferson, who is regarded by many as the NFL's best receiver after last season where he caught 108 balls for 1,616 yards and 10 touchdowns.

Roseman admits the Eagles were focused on fit with Reagor over just selecting the better all-around player.

"I think a lot of the message there is, we just have to take the best players at all times," he said. "We don't have to worry so much about fit or what we have on the team. You go back to that moment, we had two tight ends who were really good in the middle of the field, Greg Ward was coming off of a really good year in the slot. Were looking for a specific role as opposed to just grading the players. That's on me, one hundred percent. At the end of the day, I'm responsible for all of that. But I also promise you one thing , if I make a mistake I'm going to do everything in my power to make it up."

Over the last few seasons, the Eagles have began to select a lot more players from top SEC colleges, specifically Alabama and Georgia. Roseman admits that seems to be an intentional trend.

"I think what you really see from those guys is the football character," Roseman said. "How much passion they have for the game, how much they work to get better. When you see where those guys come from and the football stories behind them...You look at those guys and you see their passion. And those programs, they're hard to get to. There's immense competition to play at those schools because they have huge recruit and then they play tough schedules. I do think there's been a little bit of a change there...I think you see it in kind of what we've been doing in the last few years, and that doesn't mean we weren't doing the right things before that all of the time, but certainly it gives us some comfort."

The 2022 Philadelphia Eagles Radiothon is underway. Go to Eaglesradiothon.com to check out the items and bid, including lunch with Howie Roseman and a tour of the NovaCare Complex.