“I was laughing because I beat him. And that makes me happy,” Roseman said. “I might retire from the game. He said to me ‘Are we playing again?’ And I said ‘Nope, I’m good’ and dropped the mic.”

Sirianni’s strategy of playing rock, paper, scissors against college prospects during the pre-draft process received national attention (and was mostly mocked) when he told the story last month.

Although the game is just one small part of Sirianni’s interview with draft prospects, Roseman said it was a glimpse into the head coach’s attitude around the building.

“We are trying to compete every day on every thing,” Roseman said. ‘There are days where I am like ‘coach, I’m good, I just got a workout in, do we have do that?’ But I was laughing because this is who he is, and he is showing you who he is. He is not hiding behind anything.” 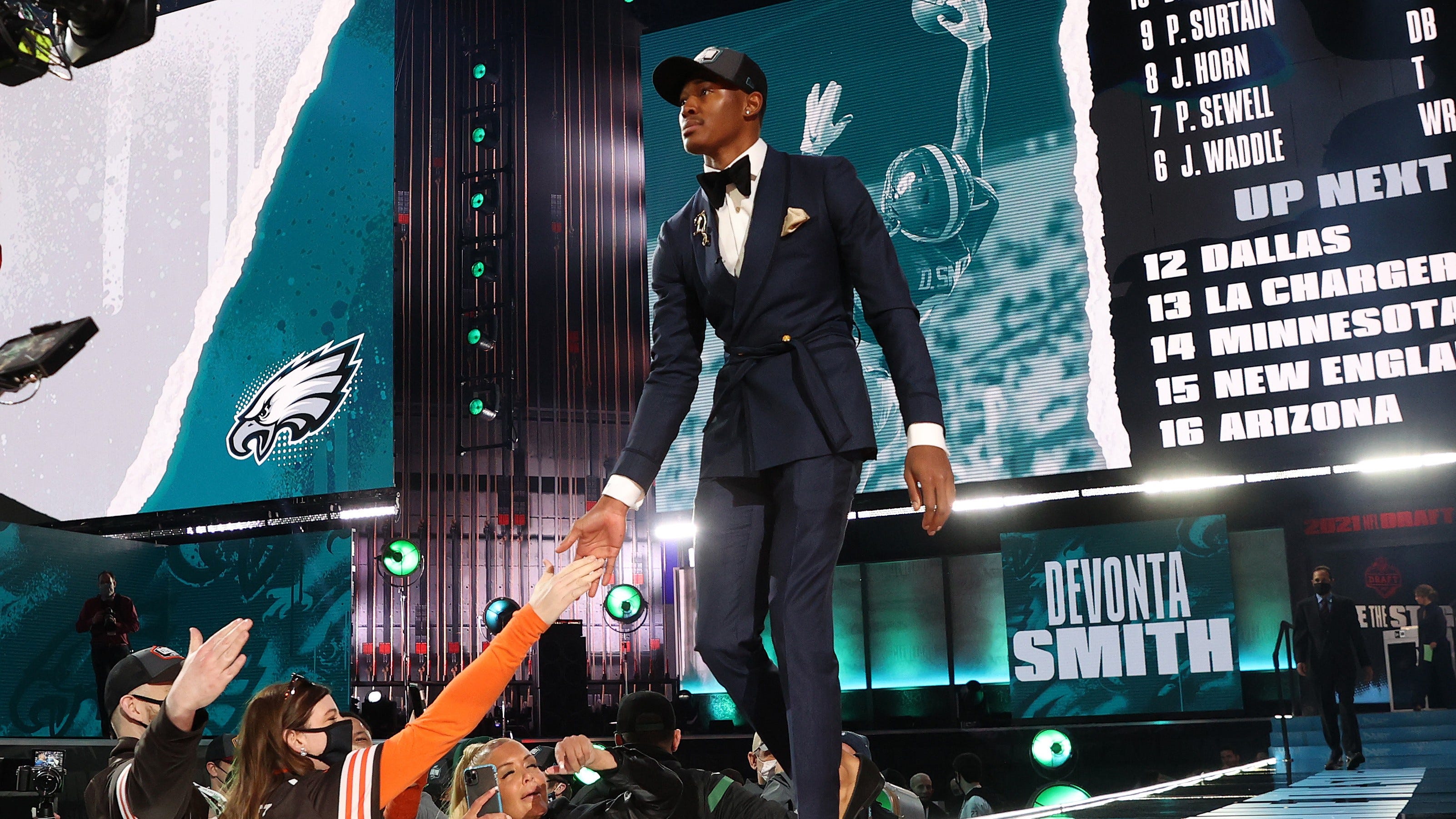 Howie Roseman on DeVonta Smith: 'We were going to get this guy'

Sirianni’s energy has been perhaps his defining characteristic so far since he went from being pretty much completely unknown by Eagles fans to their head coach in a matter of days. His introductory press conference did not go well, and each press conference since has seem to bring at least one high-energy moment that goes viral.

“There are times I am sitting at my house at 10 o’clock and the phone rings and he wants to talk about our football team, the things he has planned for our team,” Roseman said. “This guy has so much passion for the game, for our team, for our city. You see it every day. It is kind of funny because everyone thinks he drinks a lot of coffee — he actually doesn’t even drink caffeine. This is just him naturally.”

Roseman was pressed by Cataldi on the idea that Sirianni, who didn’t interview for any other head-coaching jobs this offseason, was hired simply because he could be controlled by owner Jeffrey Lurie and Roseman.

“That is ridic — this guy has been waiting for his opportunity his whole life, so you think he is just gonna do whatever (we want)? First of all, we want his perspective and his opinion. We respect him that’s why he is the head coach of the Philadelphia Eagles,” Roseman said. “At the end of the day, this is a guy that is ready for the opportunity, this is a team — we want to reflect what he is looking for and his vision. We work together to do that. I couldn’t be more excited for our players to get on the field.”