The Giants cut James Bradberry this offseason, making him a cap casualty as the new team brass tried to do whatever they could to get Big Blue under the salary cap.

There were times where they could’ve used an experienced corner out there, but as painful as it was to see him go to a division rival, it was even more painful to watch Bradberry get the lone interception of the game in Sunday’s 38-7 Eagles win over the Giants, jumping a route on Darius Slayton for the pick.

Much sweeter for Bradberry, obviously.

“It was a really good feeling. Probably say Top 5 moment of my career right now,” he said after the game. “I’ve been studying film and saw a play I recognized, I knew it was a quick in so I just jumped the route.”

Bradberry practiced against Daniel Jones for two years and faced him once earlier this season, so there’s familiarity there, but with a new head coach and new playbook, he had to rely on film mostly to see what the Giants run.

And thanks to that and trust in his teammates, he was able to make the quick decision. 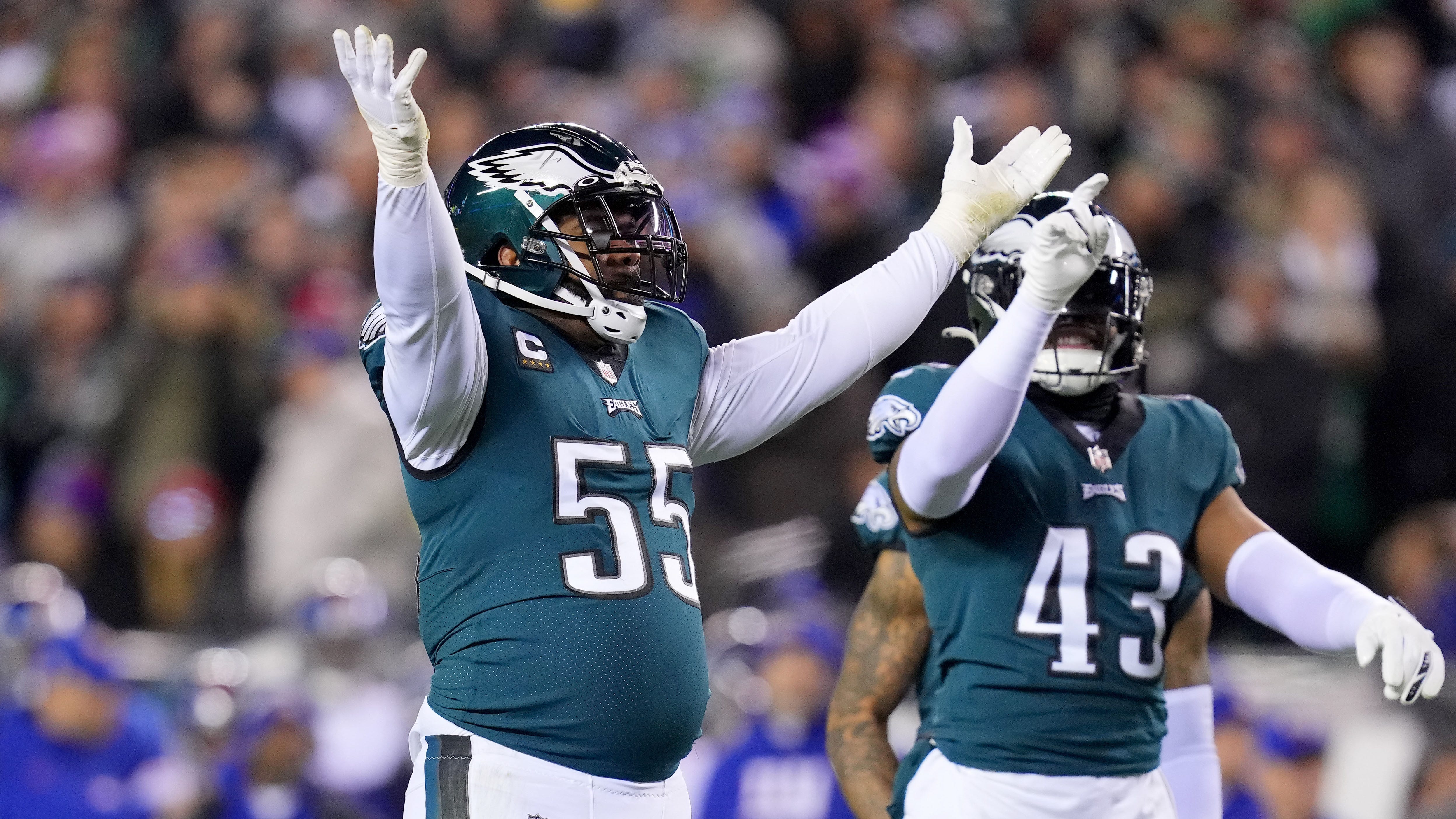 "I would say me just watching film, and me trusting my safety – because in order for me to be aggressive, I know I need the players around me to do their jobs as well," Bradberry said. “It was just the perfect play, perfect call for that situation, and they ran a play that I recognized, so it kind of all worked together."

Whatever you call his departure from New York, though, on either side, don’t call it a mistake.

"I wouldn't necessarily call it a mistake. Of course, I didn't like the decision, but I know there was a cap issue, and I don't know all they had to process on their end,” Bradberry said. “So I can't really say it was a mistake. They made it to the playoffs and people didn't think they were going to, so they did a good job. The defense and whatnot, everybody stepping up and kind of making up for what I left."

“What did I tell you all a few weeks ago? How did they let that man outta the building?" Slay said emphatically. "Now we just three-spanked them. And now, he (Bradberry) just picked them. Come on man, we've been waiting to get him a pick. Now he get it. I know y'all didn't see the bow he gave to them, but he let them know 'I appreciate y'all for letting me come over.’”

Now another challenge awaits Bradberry, Slay, and the rest, shutting down either San Francisco or Dallas next Sunday in the NFC Championship Game.

"Never been, great feeling," Bradberry said of playing in the NFC title game. "Something new to me and I definitely want to keep it going."