Jalen Hurts got the attention of a lot of people around the football world Monday night, including Jerry Jones.

Hurts was spectacular in the Philadelphia Eagles’ convincing 24-7 win over the Minnesota Vikings on Monday Night Football. The 24-year-old has been steadily rising since becoming the Eagles’ full-time quarterback, and now he’s building an early MVP case for himself as the Eagles prove they’re a legitimate contender.

Although that's not great news for the Dallas Cowboys or any other NFC East team, during his regular appearance on “Shan & RJ” on Tuesday, the Cowboys owner was complimentary of Hurts and the Eagles.

“Well, Hurts has really evolved and is better than when he came out than you might have thought," Jones said. "I was particularly impressed with his passing, and I watched every snap last night. ... He’s a guy that has always been able to run – very athletic, very strong. That’s not surprising. 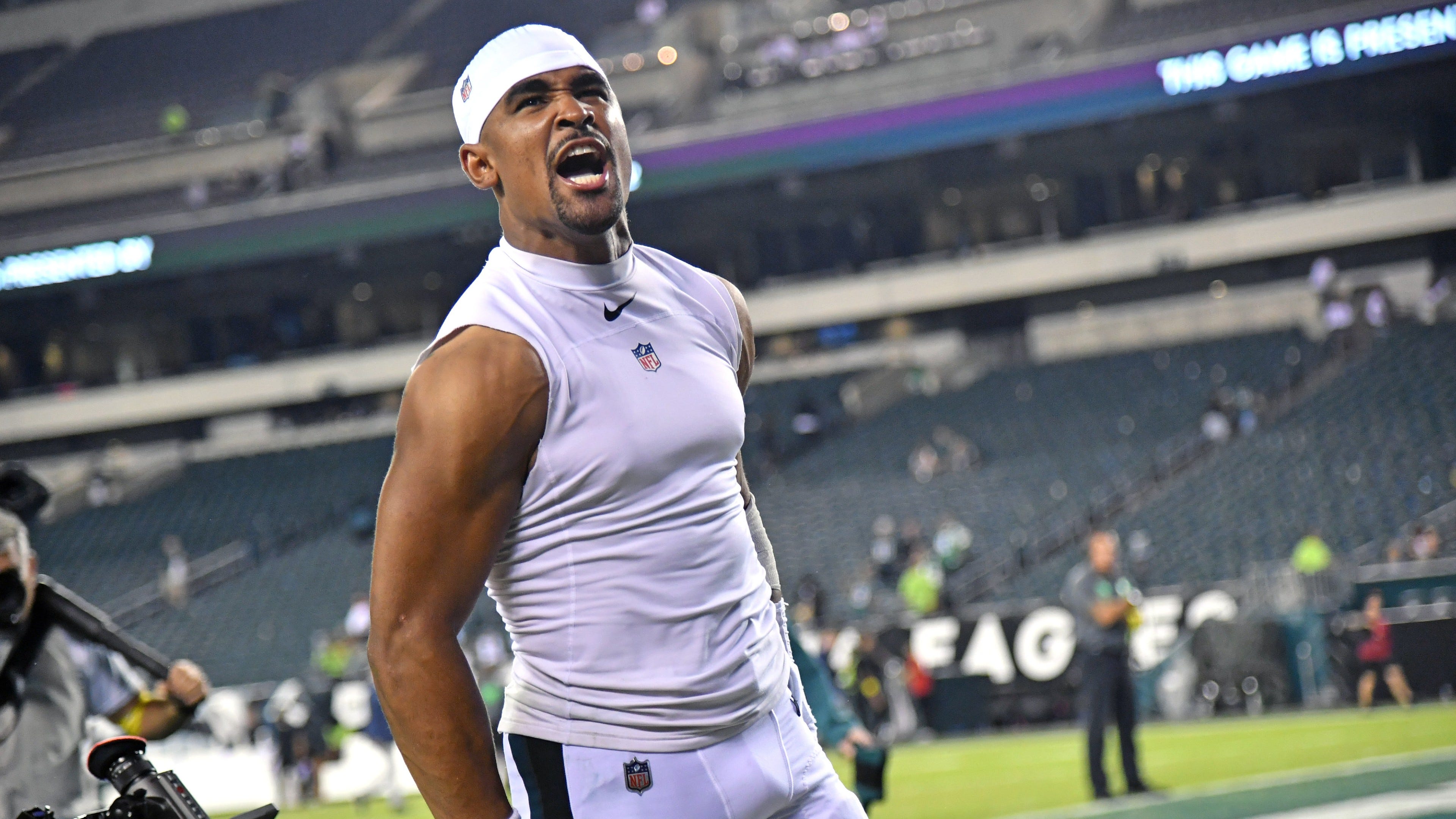 Jalen Hurts not satisfied after historic game: 'Standard only rises'

“It doesn’t surprise me or startle me that we’re playing a Philadelphia team with a quarterback threat," Jones added. "I don’t dream of playing these teams that ultimately don’t have a quarterback that they’ve got a plan to move the ball with. They’ve certainly done that with him, and they’re doing a good job up there, and they’re going to be all we can handle."

The Cowboys aren’t scheduled to play the Eagles until Week 6. Fortunately for Dallas, they might have Dak Prescott back by then. 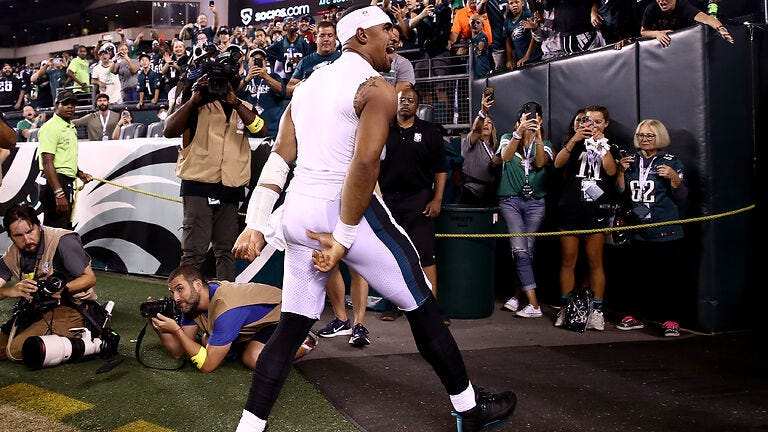