Jalen Hurts has transformed the Philadelphia Eagles. The young quarterback wants to be great, and he has the talent, work ethic, and swagger to boot.

Hurts has thrown for 1,120 yards and four touchdowns while adding four rushing touchdowns and 205 yards on the ground through four games this season. He has led the Eagles to the best start in football at 4-0.

Jason La Canfora and Carl Dukes of the Audacy Original Podcast “In The Huddle” talked about the Eagles’ impressive start and had high praise for the young quarterback.

“They’re a really good football team. That might be the best offensive line in football,” La Canfora said (16:30 in player above). “I can tell you inside that building, talking to some people inside that organization last night, they feel like the fundamental tenets there is the offensive line, is Jalen Hurts and how much he – just his work ethic, his dedication. How much he’s driven to be great, and not just during the season, but year-round in the same way of Tom Brady or a Russell Wilson have been.”

We all know about Brady’s accolades. He’s won seven Super Bowls and lost three (including when Nick Foles and the Eagles beat them 41-33 in Super Bowl LII). Wilson led the Seahawks to back-to-back Super Bowls, winning it all in 2013 against the Broncos.

Hurts is just 24 years old and may be able to lead the Eagles to the promised land soon.

“I think there’ll be bumps in the road,” La Canfora said. “Through four weeks there are not really too many teams that I’m going to absolutely crown or say that’s the best or that’s who you have to beat to go to the Super Bowl. But they can beat you in different ways. And they’ve got a quarterback who, if he needs to, can just take games over in a multitude of ways, inside the pocket and out.

The Eagles are the last undefeated team in the NFL and will look to keep that distinction in Arizona this week. Then a big matchup with the Cowboys on Sunday Night Football is on tap for Week 6. 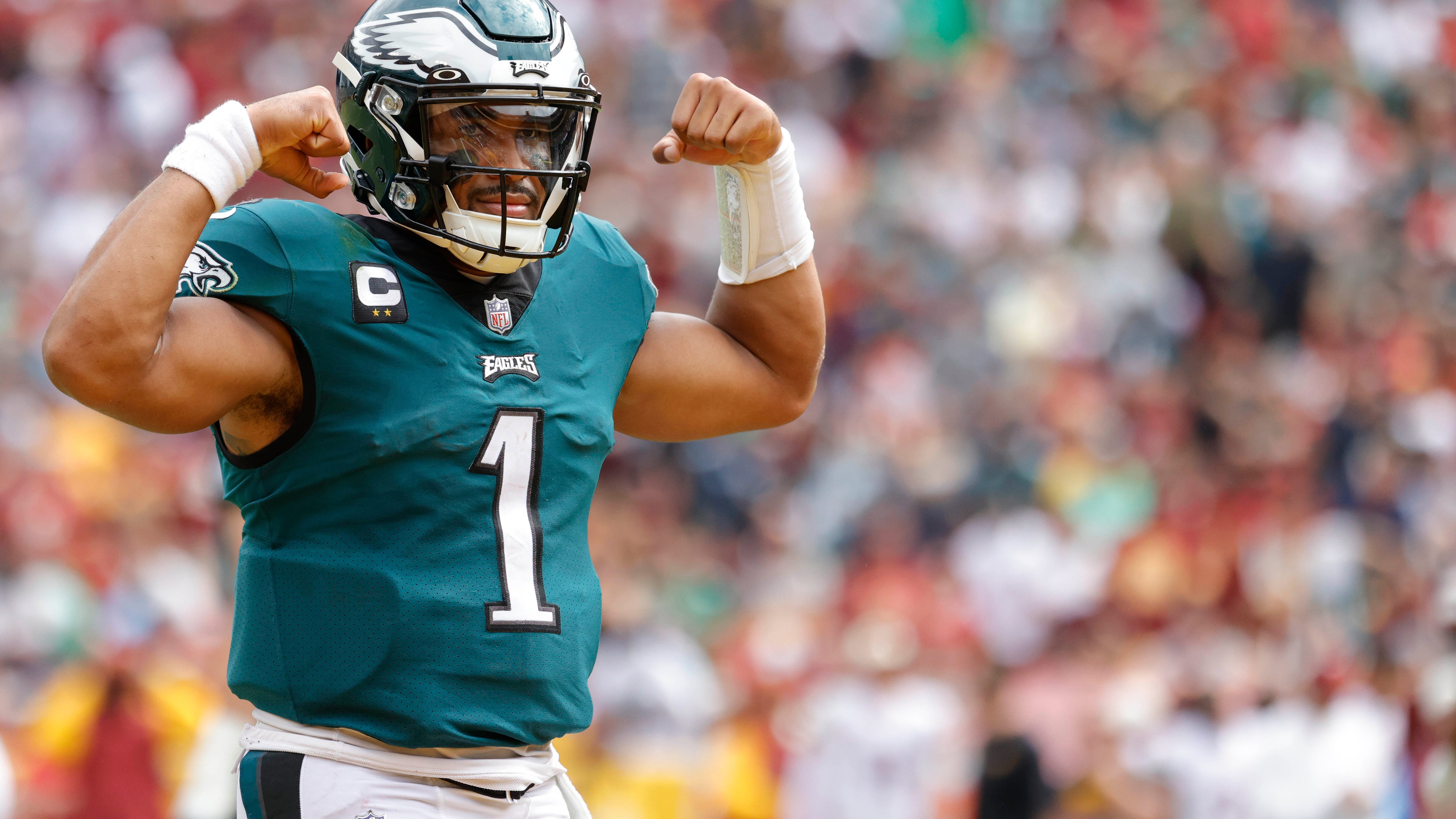 Brian Baldinger: ‘The development of Jalen Hurts is so real’