Brandon Graham revealed a little into what had Nick Sirianni extra emotional at the end of the Eagles' 26-17 win, following a scrum on the field where Jason Kelce was hit after the whistle.

Nick Sirianni was made for Philly 😂

"He said the last time we lost to them last year [51-26 on January 8th, 2022] he said a couple [Cowboys'] players came up to him and said, 'Ya'll don't belong on this field with us. And all this stuff, we the NFC East.' So it was cool to kind of hear that to know it was building up for this moment so that was probably part of why he was going off too," Graham told the 94WIP Morning Show on Tuesday.

30 minutes after Graham's interview, Sirianni himself spoke with Cataldi and of course, he was asked about BG's story.

"This is Dallas Week," Sirianni said laughing, avoiding the question. "They don't count for any more wins or loses. And I meant what I said last week, in the sense of nothing, nothing, nothing motivates us more than not wanting to let each other down and playing for each other and that I stand by."

"That's a confirmation of what happened?" Cataldi asked.

"No, hey," Sirianni said laughing again. "There are so many things that go on during the game. I do have a lot of respect for that team and those players on that team. They've got really good players and they're going to be good this year, I know that."

Graham, who recorded a key QB pressure resulting in Cooper Rush's third interception of the game sealing the win for the Eagles, was asked about the scrum at the end of the game. 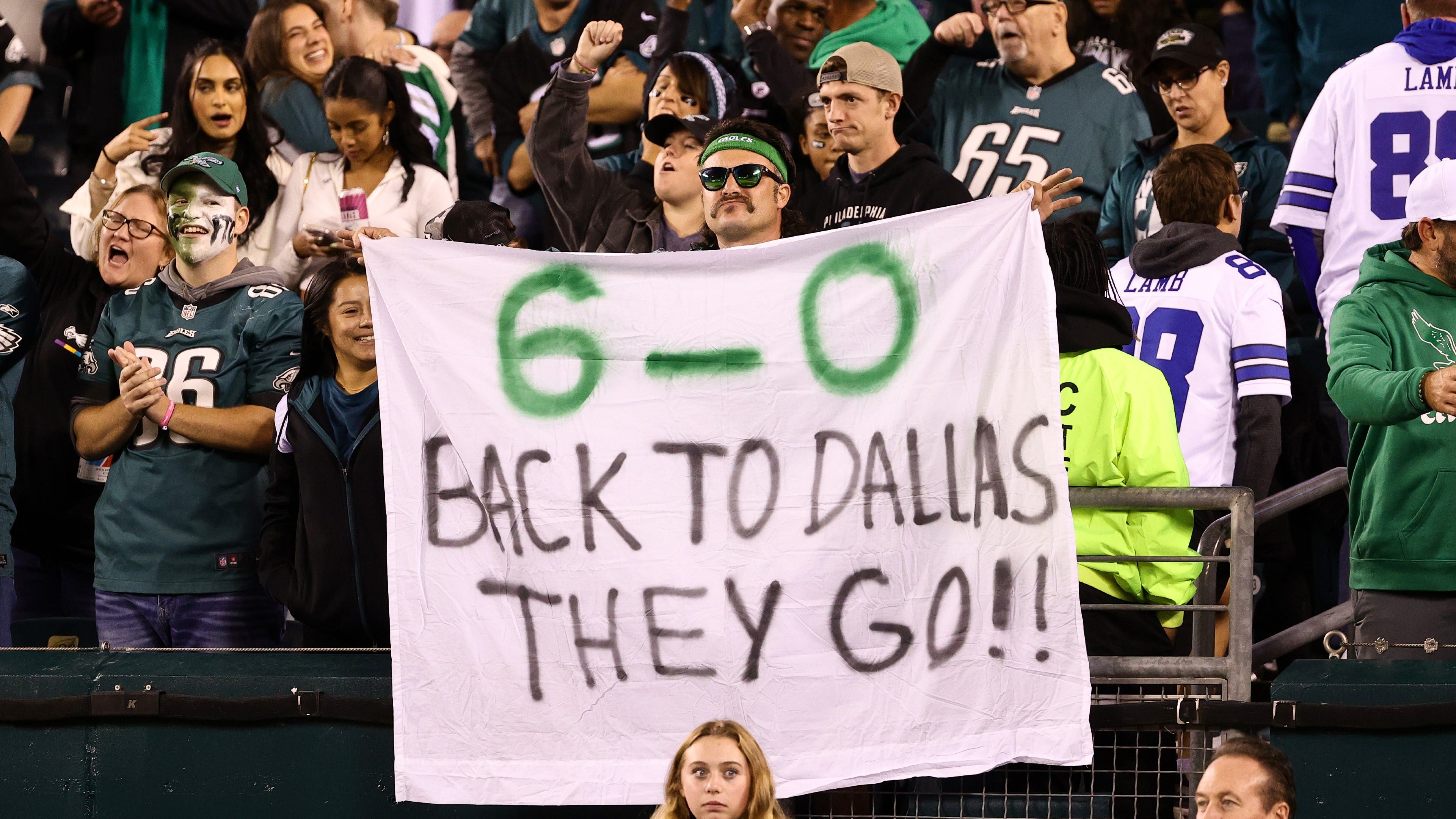 A.J. Brown: 'That was the best atmosphere I've played in'

"It's just building up for the next one, building up for the next one," Graham said. "And the whole goal is for us to win the NFC East. And there was a lot of emotion out there, but that's what got them in trouble in the game. Their emotions, they didn't control themselves during that time and that's what happened. We talk about being a smart discipline team in those moments where you know that you can't do certain things because it's gonna hurt the team even more than what you're already probably going through during the game and now you're making it even harder for your team to win when you make a selfish decision."

The Eagles play the Cowboys next in Week 16 on Christmas Eve in Dallas.